[send private message]
This page has been accessed 2,229 times.

I am looking for genealogist and other collaborators to work on a surname project to close the circle on the variations of the name Ellison and its origins.

- Are there orphaned profiles that need improvement?

- Are there unsourced profiles with the surname?

- Are there unconnected profiles with the surname?

- Origin of the surname Ellison

- Variations of the name?

- Was Allison interchangeable with Ellison?

- Ellison’s in the Northeast USA

- Ellison’s in the Southeast USA

- Ellison’s in the Midwest and Western USA

- Ellison's in the Caribbean

- Tie all Ellison’s back to one ancestor or group of persons indigenous to a location in Europe.

This most interesting surname has two possible origins. Firstly, it may be a patronymic form of "Ellis", which itself derives from the early medieval English personal name "Elis", the normal vernacular form of "Elijah", from the Greek "Elias", from the Hebrew name "Eliyahu", meaning "Jehovah is God", with the patronymic ending "-son", son of. Secondly, the name may perhaps be of Old German origin, from the Old Germanic female personal name "Elisind" and Old French "Elissent, Elisant", which appears in the recording of Adam filius Elysant in the Pipe Rolls of Hertfordshire in 1190. Early examples of the surname from the former source, which became popular among Christians due to the biblical prophet Elijah, include Adam Elisson, mentioned in the Poll Tax Rolls of Yorkshire in 1379, and John Ellyson, recorded in the "Register of the Freemen of the City of York" in 1487; while from the latter source the surname first appears in the Subsidy Rolls of Essex, when one Henry Elesant is recorded in 1327. One Thomas Ellison was an early emigrant to the New World, having embarked from London for Virginia in 1624. The first recorded spelling of the family name is shown to be that of Rogier Elyssone, of Berwickshire, which was dated 1296, in the "Calendar of Documents relating to Scotland", during the reign of King John Balliol of Scotland, 1292 - 1296. Surnames became necessary when governments introduced personal taxation. In England this was known as Poll Tax. Throughout the centuries, surnames in every country have continued to "develop" often leading to astonishing variants of the original spelling.

This interesting surname is of English locational origin from any of the four places called Ellington; in Huntingdonshire, recorded as Elintune in the Domesday Book of 1086; in Northumberland, recorded as Elingtona in the Red Book of the Exchequer (1166); in the North Riding of Yorkshire, registered as Ellintone in the Domesday Book; and in Kent, registered as Ealdingctuninga mearc in the Cartularium saxonicum (943). The Former three derive from the Old English pre 7th Century personal name "Ella" a short form of the various compound names with the first element being "aelf" an elf plus "tun" a settlement; hence "Ella's settlement". Ellington in Kent has its first element from the Old English byname "Ealda" Old; hence "Ealda's settlement". The surname is first found in the early 13th Century, (see below). One, John de Ellington, is recorded in the Hundred Rolls of Lincolnshire (1274). On March 20th 1569, William Ellington, was christened at St. Botolph, Bishopsgate and Elizabeth Ellington married John Asburne, on June 3rd 1601, at St. Benet Fink, London. The first recorded spelling of the family name is shown to be that of William de Elinton, which was dated 1206, Pleas before the King or his Justices, Huntingdonshire, during the reign of King John known as "Lackland", 1199 - 1216. Surnames became necessary when governments introduced personal taxation. In England this was known as Poll Tax. Throughout the centuries, surnames in every country have continued to "develop" often leading to astonishing variants of the original spelling. 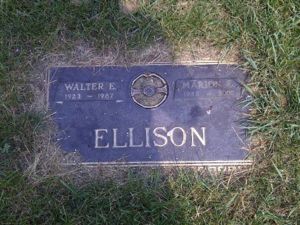 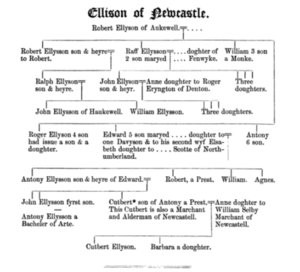 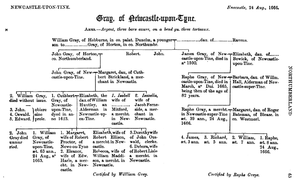 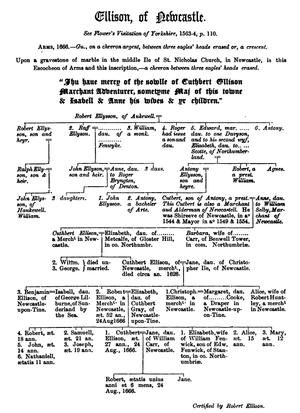 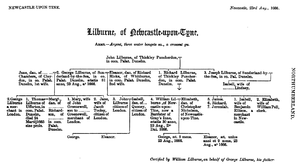 Gene Ellison
Excellent information Jimmy... did you get to meet her?
posted Nov 12, 2020 by Gene Ellison