02:24: Sarah Grimaldi uploaded England Cornwall County Team.jpg for yourself. [Thank Sarah for this]
This page has been accessed 4,547 times.

England, Regional, and County Statistics Page
This page has all the figures - allows us to see the impact you are all having on the numbers

To assist with Cornwall profiles that are Unsourced, Unconnected or have 'suggestions/errors'

Under "Topics" below, click & choose one to work on in your "spare time"

Feel free to add your ancestors who emigrated to whatever country.

Welcome to the Cornwall and Isles of Scilly Team page!

Two profiles for Walter Tresize being Tresize-45 and Tresize-22 both showing Margaret Old as the spouse
Were to be merged but, parents are different. Need to ascertain correct connection - both profiles have birth records showing different parents and the question is who married Margaret Old?
Believed the two Walters are related through their fathers being brothers. The marriage of Walter Tresize to Margaret Old was witnessed by Edward Tresize (brother, father, cousin?). One Walter would have been 36 and the other 28.
Complicated, as both names Tresise and Tresize are common (note the S and Z). Although not shown on the profile the missing Baptism may be at https://www.cornwall-opc-database.org/search-database/more-info/?t=baptisms&id=3511800
Confusing the issue, two separate DNA links have been traced to each Walter but they do not appear to have a strong connection.

We have one challenge team connected to the England Project. Members of the England Counties teams are encouraged to join and participate from time to time in WikiTree challenges for England. 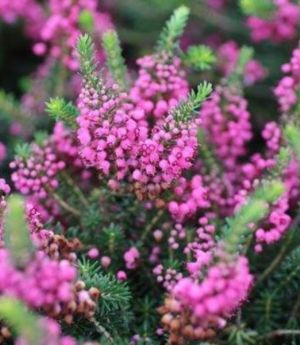 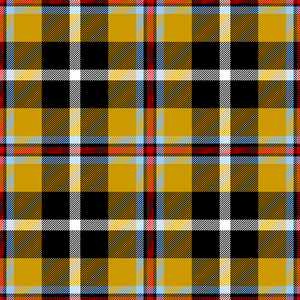 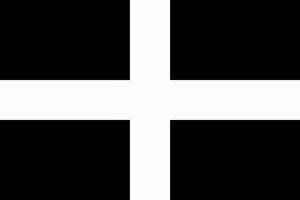 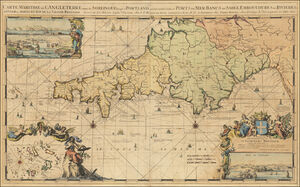 Leave a message for others who see this profile.
There are no comments yet.
Login to post a comment.
Roger Churm
Three more Cornish Notables added all Engineers and have never got the recognition they deserved

1. John Harvey -1759 Founded Harvey and Co of Hayle which was the largest Foundry and Engineering Works in the world they designed and built and supplied Beam Engines and Pumps throughout the world where there were mines and damns.

He was Richard Trevithick's father-in-law

2 .Henry Harvey-1700 John Harvey's son who took over Harvey and Co and improved and developed the business he played a large part in making Hayle in Cornwall as the largest Mining Port.as well as increasing exports of the various mining products

3. Arthur Woolf-901 Famous Cornish Engineer for inventing a high-pressure steam engine which was used all over the world where there was a mine

posted Jun 19, 2021 by Roger Churm
Roger Churm
It's me again just to bore you a bit more this time it's concerning probably the most important Cornish Person ever--Richard Trevithick-6

He also designed a steam powered threshing machine which seperated grain from the stalks.

1816 Whilst in Peru he joined the rebel of Simon Bolivar fighting for independence from Spain he invented a gun for Bolivar.

He also invented a indoor heater

He died in Dartford, Kent whilst designing a refrigerator and was buried there.

I just wanted to let you know that Roger Davey will be stepping down as Team Leader of Cornwall for the England Project. He has been an amazing TL and we are all very grateful for his enthusiasm for Cornwall and Cornish genealogy. A new TL will be appointed as soon as possible. Thank you Roger and all the best. Elizabeth :-)

posted Mar 22, 2021 by Elizabeth (Greet) Viney
Roger Churm
I am now on the Computer rather than the mobile following my previous comments regarding the people who left Cornwall this is one of the main reasons why the burial and sometimes the marriage dates are not showing for the period also the following would add to the lack of information

I have been a member of the Cornwall team for a number of years, but have not exactly been proactive. Largely my fault, but I have not been inactive! My main interests are the Rashleigh family. This impacts also on notables, aristocracy and medieval. There are many less notable Rashleighs as well involved in mining, agriculture and fishing. There are spin off families as well, Bray, Jose and Trethowan.

Just wanted to pop by and say I'm quite pleased to be a member of this team! My specific area of research has been St Just in Penwith, focusing on the Tresise, Trewren, and Tonkin surnames (so many T's!). Please let me know if I can be of assistance for anyone stuck there =)

Roger Davey
Greetings all - I will be out of contact starting Monday 15 Feb for a minimum 3 weeks and possibly up to 2 months.

Brad Cunningham
I hope all is well Roger. If you need any assistance while you are MIA, just let me know. -Brad
posted Feb 12, 2021 by Brad Cunningham

Could I have a little help I am working on a family group that appear to originate in a place call Polgrean in Cornwall I am not finding any links to the place, it is not in the category list for Cornwall and without place details reluctant to create a new category. Appreciate any assistance.

On another note the England challenge is now one team the Might Oaks see https://www.wikitree.com/wiki/Space:Mighty_Oaks

Leandra Ford
Would the location be Polbreen in St Agnes?
posted Jan 18, 2021 by Leandra Ford

The record has it listed as Polgrean, Cornwall, England so could be a transcription error thanks for the suggestion. It comes up as a surname in searches I have run so far. Birth place is only given as Cornwall in the 1841 census. Back to the research  :)

Joe Farler
There is a Polgreen in Cury Parish. There was also a Polgreen manor in St Mawgan.
posted Jan 19, 2021 by Joe Farler

Roger Davey
Just South of St Blazey, off the A390 is Polgrean Place, Saint Blazey

Roger Davey
Many thanks to the members of Team Cornwall who participated in the 2020 Source-a-Thon - your work is much appreciated
posted Oct 05, 2020 by Roger Davey

Roger Davey
Many thanks to Steve Bartlett for creating a Category for Laneast, Cornwall.
posted Jul 27, 2020 by Roger Davey

Linda Ellis
My husband, Ronald Michael Ellis was born in St. Ives Cornwall in 1938. His father, Alfred Ellis was born there in 1902. His Ellis line is from Devon, but his grandmother, was Amelia Peters Stevens Ellis who was from St. Ives. My husband left St. Ives in 1957, but misses the town very much. So, I try to help him out with his St. Ives genealogy on his Stevens and Peters side. His grandparents are buried at the Barnoon Cemetery. My husband had two brother, Alfred N. and Daniel, now both deceased. The whole family moved to the Cleveland, Ohio area in 1957. Thank you.
posted May 13, 2020 by Linda Ellis
Lawrence Bingham
Do we have a category for shipping disasters off Cornwall coast - I am currently looking at the wreck of emigrant ship John in 1855 where 196 Cornish lives were lost on the Manacles - I note we have a category for mining disasters perhaps we should also have one for shipping disasters as there were a number off the coast.
posted May 02, 2020 by Lawrence Bingham

Roger Davey
No reason why not - might depend on what numbers of wrecks.

Roger Davey
We welcome to the team Ros Haywood - Ros is involved with various WT projects and is the Cornwall Online Parish Clerk for Maker & Rame.
posted May 02, 2020 by Roger Davey
Sue (Mills) Townsend mrs
Hello I'm new to wiki tree and was just having a look around , decided to look at the area for my mothers maternal side and have a couple of queries/ observations , firstly Lanteglos by Fowey is listed as Lanteglos by Fowley and I also noticed some surnames the same from the Polruan page which could give the impression that they are from two different areas but I was told by my mother that Polruan didn't have it's own parish so all christenings, marriages and deaths for Polruan took place in Lanteglos by Fowey which was then what was put on the certificates. I presume that this happened in many places and wonder if there is some way to connect them so people researching from abroad would understand the connection. Hope that made sense
posted May 01, 2020 by Sue (Mills) Townsend mrs

Looks like this is maybe an error - I have put a question on G2G https://www.wikitree.com/g2g/1029233/lanteglos-by-fowey-category

For others reading this - https://en.wikipedia.org/wiki/Lanteglos-by-Fowey

Regarding Polruan - you will find birth, baptism, marriage, death sources will state a registration district name rather than a village/town/parish name - exceptions in some cases

Roger Davey
The Category has now been changed to reflect the above sources.

We welcome to the team Susie Macleod - many of you will know she stepped down as Leader of the England Project & will concentrate on her Cornwall connections. Cheers to all Roger Davey Cornwall Team Leader

The only other persons of this surname that I can find in Cornwall in the late-1500s/early-1600s is a Christopher Game (only one source, his marriage in Penzance, and Christopher may be a brother to the two above listed profiles).

Just looking for some guidance on how to proceed. THANKS!

14/6/1791 From what I can see this is the correct one. The Walter Tresise probably married Ann Thomas in St Keverne 8/10/1795. Will check further and confirm As my great grandmothers is a Trezise I have had many problems with this family's surname

Roger Davey
Need something to work on in your "spare time".

Under "Topics" are Cornwall profiles that are Unsourced, Unconnected or have 'suggestions/errors'

Roger Davey
The Cornwall Emigrants page is is now up & running.

Feel free to add your ancestors who emigrated to whatever country. If you are not comfortable making entries please put the Wiki ID in the public comment space.

The table is sortable on Surname or country

Roger Davey
A warm welcome for Lawrence Bingham to the Cornwall & Isles of Scilly team.
posted Nov 04, 2019 by Roger Davey

Michael Cayley
Earlier this week I added Thomas Lower, https://www.wikitree.com/wiki/Lower-1080, as a Cornish notable. I was working on him for the Quakers Project and found he was a true-born Cornishman. No Wikipedia page yet - I may well create one soon - but entries in the Dictionary of National Biography and Oxford Dictionary of National Biography so he is clearly notable. I have added him to the page containing the Cornwall Notables table (hope I did that right).
posted Oct 16, 2019 by Michael Cayley

Roger Davey
Henry Trengouse already has a profile & is on our notables page https://www.wikitree.com/wiki/Space:Cornwall_Notables

posted Oct 16, 2019 by Roger Davey
Roger Churm
I have had a go with the Cornish unsourced names with some success