[send private message]
Last profile change on 2 Dec 2021
07:49: Margaret (Gale) Haining edited the Text on Ethel and Cecil Street Mission. (changed category from obsolete category that is to be retired) [Thank Margaret for this]
This page has been accessed 76 times.

The chapel was built in a old garage for a local Neath coach company. It was located on Marshfield road, Melyn, Neath, West Glamorgan, Wales, United Kingdom.

The chapel's pulpit was constructed by hand by the church pastor George Henry Penney (1894-1970) and his brother Arthur Penney (1903-1971) soon before the chapel opened.

The Chapel was named Ethel and Cecil Street Mission as these were the 2 main streets in the Melyn area of Neath Town that the chapel serviced, even though it was located on different street nearby that Joined the 2 Streets.

The Chapel is believed to have started operating around 1920 and had ceased to exist around the 1970's, although the exact date is not currently known. 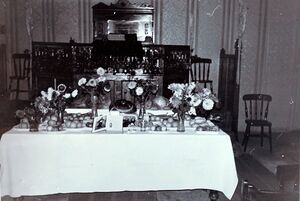 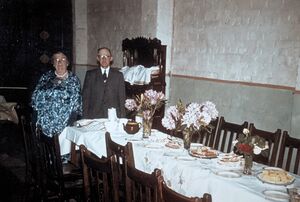