Everything about Shearin History

[send private message]
This page has been accessed 509 times.

First Sherin in America. The Elizabeth left Ipswitch, Suffolk, England mid April of 1634 with her master, William Andrewes (Andres), arriving in Massachusetts Bay.21 Jan 1635: John Cuttinge, Master of the Francis and William Andrewes, Master of the Elizabeth, both of Ipswitch, have brought a list of all the passengers that went in their ships to New England in April 1634 with certificates of their having taken the Oaths of Supremacy and Allegiance. Sherin Robert 32, #28[1][2] and[3]

LOOMIS, LOOMAS, LOOMYS, LOMES, LOA- MAX, LUMAX, LUMMUS, or LUMMIS :— Edward Loomis, Ipswich, 1658, came in the Elizabeth from Lon- don 1635, aged 27, but in the same month at London we find Edward Lummus embarked in the Susan and Ellen, aged 24, which was, thinks Savage, the same person, and playing a delusion upon the custom house officers. He had four sons, Jonathan and Samuel, who lived in Ipswich ; Edward, who went to N. J., and Nathaniel, of Dover; and a daughter who married John Sherring. See Lom- maks. Probably the descend, adhered to the spelling Lummus.

Here is what the Kimballs believe....[7]

The Trans-Atlantic ships were all slavers, mostly between Barbados and the Gold & Slave Coasts, but plied the coast for some time to procure food for their future cargoes.  The following were involved: Supply, a captured French ship, serving since 1690 but sold at Barbados in 1693; Fauconburgh, under Francis Buttram coming from Barbados 1691-1692; Abraham Browne in 1695-1696 also bound for Barbados; and John Luke in 1697; Kendal, under James Funnel, 1691-16993; East India Merchant, under Thomas Shirley; afterwards under George Clay; Hannibal under Thomas Phillips bound for Whydah and Barbados, but forced to stop at São Tomé because of an alleged mutiny; John Bonadventure under John Zebbet bound for Little Popo and Barbados; Averilla, under Max Robinson, bound for Barbados in 1695, and captured by the French when returning to England; Adventure, under Samuel Shering, put down a slave revolt at Accra in 1695; Thomas & Elizabeth, under Benjamin Rawlings, a privateer bound to Barbados; Merchants Goodwill, under Charles Cotterell, in 1698; Prince of Orange, under Josiah Daniel, buying slaves and corn at Tantumquerry in 1698.[9]

Now after some investigation I find that The Shearin's, Kimball's, Scott's lived in and around this Culpepper co. Va. in the later 1600's early 1700's

Another early Shearin, is Elizabeth Lydia Shearin Smithwick.Elizabeth married Edward Smithwick before 1680.Edwards father was Hugh Smithwick b.1625 England.He married Elizabeth Windley.Hugh and his familymoved from Nansemond county Virginia almost due southinto northeast North Carolina,,then to Albermarle county. The location of the Smithwick landwas choice-bound on the south by the Albermarle Sound,on the west by Edenton Bay.When Elizabeth died( Edwards wife) died.He married again several times.Around 1701 he owned arouned 4000 acres.Edward sold the Albermarle plantationand was living in Bertie County Jan,21,1715 when he signed his will.[12] Also I found that Edward Smithwick paid for transport for John and Elizabeth Shearing.March 29,1680. This would make another John Shearing in exsistance way before the Joseph Shearing,father of John Shearing of 1710 Brunswick,Va.

From: From: North Carolina headrights: A List of Names, 1663-1744, Compiled by Caroline B. Whitley, Office of Archives and History, North Carolina Department of Cultural Resources, Releigh, (2001):

Prince George county va. 1710-1713 will and deeds, lists the name Shearing. This puts a Shearing or Shearin older than the Joseph Shearin in my family.[18]

For Later... Samuel produced into Court a Commission from under the hand of his Excellency the Governor appointed him Capt of a Company of the Militia in Bute County, NC. He took the oaths appointed to be taken by officers 15 Aug 1770. Joseph Shearin was made Lieut of this company at the same time.[19]

Indenture made the 21st day of April, 1761, between John PEEBLES, Senr. and Robert PEEBLES, for Love and Affection unto his son, Robert PEEBLES, conveying 200 acres on Fountains Creek and Roan Oak Road, adjoining land of Henry WYCHE. Names of witnesses not given. Indenture acknowledged in Court on April 27, 1761, by John PEEBLES. Deed Book 6, page 652.

Indenture made the 25th day of April, 1761, between John Sen. and his son, Samuel PEEBLES, for Love and Affection, conveying 175 acres on Road Oak Road and Old Womans Branch. Names of witnesses not given. Indenture acknowledged in Court on April 27, 1761, by John PEEBLES. Deed Book 6, page 654. Sources 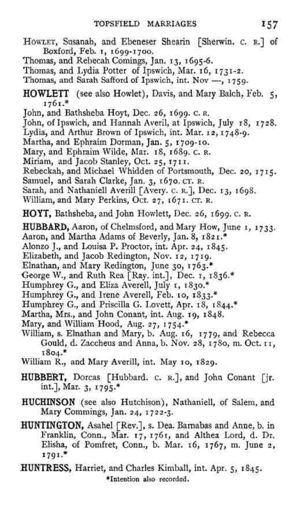 Everything about Shearin History Image 2 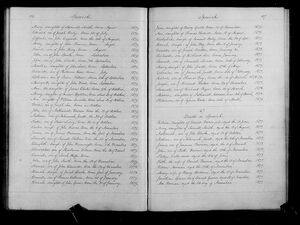