[send private message]
This page has been accessed 143 times.

This is a source page for the Clara Elizabeth (Rittel) Grober Family Bible.

[Note the entries are written mostly in German Script.
I received the Bible page when I was a teenager in 1963 and wanted to transcribe the pages. The following is the interpretation I made as I converted the names to English (to match the genealogy records my grandmother - Clara Amelia (Grober) Sloat - had given me. I found this much easier than trying to convert the German script to German print. But now as I would like to transcribe the German Script in German, the pages are too old and faded to easily read all of the script. If anyone can read this faded German Script, please feel free to convert the entries I made in my youth to what they actually are in German.]

[Reverse side of page]
Marriages 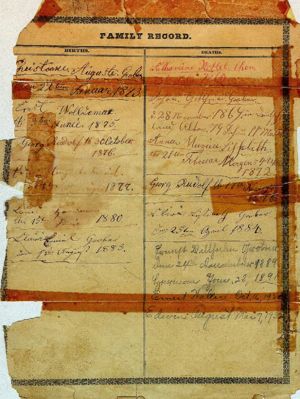 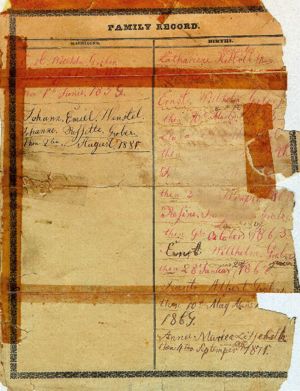