[send private message]
This page has been accessed 9,349 times.

Please... Before uploading or requesting additional flag images, check Category: Flag Images to see if the desired image is already uploaded. Most all current flags are listed on other pages, but you'll need to click through the subcategories to the various space pages. The categories themselves usually do not hold any images (see the category structure for Flag Images [here]).

The following list is not comprehensive, but covers most of the world.

This space page was created in 2013 to store images of flags[1] that could be used in templates, especially the Migrating Ancestor template. The list of images previously found on this page was edited down to reduce duplication between the above listed pages and this one. ~ Noland-165, 6 March 2022

Most all current flag images can be found at the appropriate space page (see outline above and also category and page links found under Category: Flag Images).

If you need a current flag not found on one of the space pages, please post to the appropriate space page (see the outline at the top of this page).

Nae X asked if the date of immigration could be included in the template. It can! You just need to add "in year" after the destination country, for example: 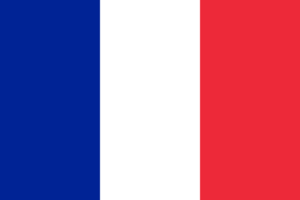 Ken Hudson
Hi there. After months of hunting I've finally found my way to your Flags page. What a great job you have done collecting them all together (I knew there would be a page some where in the WT Machine).

Just a question for your consideration (although I'm generally in favour of simplicity where possible) Should the Arab States be recognised as their own group? rather than being located within Asian States? I was chasing Syria only to find it in the Asian section. lol It seems a bit like finding the salad dressing in the vegetable section at the supermarket.

Liz (Noland) Shifflett
Glad you found it & that it was helpful.

The "by region" pages were set up by another leader, following the Encyclopedia Britannica, if I recall (I forget which page prompted me to ask).

If they were to be separated, what countries should be included? Based on... ?

I think that we could live with a bit of redundancy - leaving the Asian page alone and creating a separate "Arab States". I just finished a revamp of the North America, Caribbean & South America pages, due to similar problems, using Wikipedia pages as reference.

"By the mid-20th century a common definition of the Middle East encompassed the states or territories of Turkey, Cyprus, Syria, Lebanon, Iraq, Iran, Israel, the West Bank, the Gaza Strip, Jordan, Egypt, Sudan, Libya, and the various states and territories of Arabia proper (Saudi Arabia, Kuwait, Yemen, Oman, Bahrain, Qatar, and the Trucial States, or Trucial Oman [now United Arab Emirates]). Subsequent events have tended, in loose usage, to enlarge the number of lands included in the definition. The three North African countries of Tunisia, Algeria, and Morocco are closely connected in sentiment and foreign policy with the Arab states. In addition, geographic factors often require statesmen and others to take account of Afghanistan and Pakistan in connection with the affairs of the Middle East."

And Greece? That same article includes the following:

"Occasionally, Greece is included in the compass of the Middle East because the Middle Eastern (then Near Eastern) question in its modern form first became apparent when the Greeks rose in rebellion to assert their independence of the Ottoman Empire in 1821 (see Eastern Question). Turkey and Greece, together with the predominantly Arabic-speaking lands around the eastern end of the Mediterranean, were also formerly known as the Levant."

Ken Hudson
Thanks for your response Liz. Who wants extra work? Lol.

Yeah I reckon that divisions might have been based upon regions I.e. Europe, Asia, etc. in which the Arab states might not have featured.

But I also feel that Iranians might not recognise being Asian either.

My suggestion is to include as Arab States the Persian Gulf countries I.e. Iran and west to the Mediterranean Sea; (not Azerbaijan or Turkey). On the other side bounded by Red Sea. Plus Egypt & Libya. (Maybe Tunisia & Algeria, but those might be a stretch)

Liz (Noland) Shifflett
please see the space pages under Category: Flag Images & outlined at the top of this page. For example,

I think that covers all you listed. Let me know if I missed one that you need help finding.

edit - weirdness... my comments frequently get their paragraphs re-arranged upon posting. I've reordered the paragraphs as I'd intended them to be

Steve McDonald
Could you add a map of the Philippines ? I think I could work out your process, but your confidence level will be higher if I don't :)
posted Sep 06, 2021 by Steve McDonald

Steve McDonald
Dunno where my head was at. Meant to ask for a Flag of the Phillipines. Thanks.
posted Sep 07, 2021 by Steve McDonald

Liz (Noland) Shifflett
That we have :D

It's at https://www.wikitree.com/photo/gif/Flags_of_Asia (a while back one of the Categorization leaders went through and added a boatload of missing flags by region - see space pages found in Category:Flag_Images & its subcategories).

Steve McDonald
Yep. It's definitely my head. I looked - Honest! Anyway, hope you're not mad. Thanks for pointing me right.
posted Sep 08, 2021 by Steve McDonald

Liz (Noland) Shifflett
Hi! I just removed a map image from being attached to this page. Please - only flag images should be uploaded to this page, and then only if they are not already available elsewhere... see Category: Flag Images for links to other pages with flag images.

Liz (Noland) Shifflett
not very easy to find, but we have one... see https://www.wikitree.com/wiki/Space:Flags_of_Asia

Carol Collins
Could someone please add a Cornwall, England flag? Thank you. https://en.wikipedia.org/wiki/Saint_Piran%27s_Flag
posted May 09, 2020 by Carol Collins

Greg Slade
Could we please add the UK Civil Ensign (https://commons.wikimedia.org/wiki/File:Civil_Ensign_of_the_United_Kingdom.svg)? It's the closest thing to a flag for Upper Canada.
posted Apr 04, 2020 by Greg Slade

Greg Slade
Upper Canada was the colony that eventually became Ontario (https://en.wikipedia.org/wiki/Upper_Canada). It didn't have an official flag separate from the Union Jack, because people didn't start making flags for particular colonies until later, but many British colonies used the Civil Ensign (also called the Red Ensign) as an unofficial flag. That's why so many former British colonies (including Canada before 1965) use or used to use flags based on the Red Ensign, with something in the middle of the red field to distinguish them from one another. I have looked through all the flag pages I could find on WikiTree (Canada, North America, UK, and others), looking for a plain red ensign, but couldn't find one. But it is on Wikimedia Commons, as I linked above, and also on Wikipedia at https://en.wikipedia.org/wiki/Red_Ensign
posted Apr 19, 2020 by Greg Slade
edited Apr 19, 2020 by Greg Slade

Thanks for the added info Greg. I'll get that posted this afternoon, listed under UK & linked to the Canada pages:

Greg Slade
Thank you, Liz. I figured out which profile I needed to correct the flag for, and linked that image.
posted Apr 21, 2020 by Greg Slade

Liz (Noland) Shifflett
any of the ones here?

The link could be captioned Wales Counties and Cities.

Could you please add the East India Co. flag (1707-1801) for me (2nd request) https://www.google.com/search?q=east+india+company+flag&safe=active&rlz=1C1NHXL_enGB724GB724&tbm=isch&source=iu&ictx=1&fir=X3qWWNNImRKCeM%253A%252Cm2hVuSljgdVnZM%252C_&vet=1&usg=AI4_-kSSsaiUCLJZ1M_1sBr50owuPUgb3A&sa=X&ved=2ahUKEwjg99evxNTiAhUaVBUIHf5SDZkQ9QEwA3oECAMQCg#imgrc=X3qWWNNImRKCeM:

A different file for the Colombian flag is listed here.

To see if a flag is available already in WikiTree, please click the "Flag Images" category link at the top of this page: Category:Flag Images has links to additional pages by location (such as the South American Flags link just provided).

I would like a flag fo Ceylon in the 1870s onwards I have posted a G2G and had a good reply today the flag suggested can be found here: https://www.crwflags.com/fotw/Flags/lk_col.html#gens