[send private message]
This page has been accessed 1,104 times.

The county seat is Richmond, Texas, yet Fort Bend County's largest city is Sugar Land. The county was founded in 1837 and organized 1838. It is named for a blockhousebuilt on a bend of the Brazos River; the fort was beginning for the settlement in the area early 1800's. [1]

1821 Mexico gained its independence from Spain.
1822 - group of Stephen F. Austin's "Old 300" colonists, headed by William Travis, built a fort at the present site of Richmond, "Fort Bend" (it was built in the bend of the Brazos River).[1][2]
1836: Area was evacuated during "The Runaway Scrape".
1837: The town is platted, promoted and named after Richmond, England.
May, 1837 Became the county seat after Fort Bend County was organized later in the year.[1][2]
1837 - Robert Eden Handy (Pennsylvania), William Lusk (Richmond, Virginia) arrived before war for independence-founded and named the town + 8 others such as Branch T. Archer, Thomas Freeman McKinney, and Samuel May Williams.
1839: First newspaper - the Richmond Telescope and Texas Literary Register, was published.

1837 - The city of Richmond was incorporated under the Republic of Texas. Named after Richmond, England. [1][2]

Fort Bend County was created from parts of Austin, Harris, and Brazoria counties in 1838.[1]

1830's, 1840's -Fort Bend had a cotton-based plantation system which relied on high number of African-American slaves for laborers.[1]

1888-1889- Jaybird-Woodpecker War [1]High racial tension. People were killed. After martial law was declared, some "Woodpeckers" were thrown out of control of the government.[1]

Jaybirds represented whites struggled to gain control, but factional tensions were fierce. ::Woodpeckers were some whites elected to office by African Americans.

With Sullivan's support, the Jaybirds ordered a list of certain blacks and Woodpecker officials out of the county. [1]The Jaybirds took over county offices and established a "white-only pre-primary," disfranchising the African Americans from the voting or running for office in the county. [1]

1897 Fort Bend County Jail was the 3rd jail building. The goal was to symbolize strength and justice, style is Romanesque revival style building and is with terra cotta built in 1897, this structure was the third jail building in Fort Bend County. This even had included living quarters for the sheriff and a 3rd floor gallows. It was used until 1955. [5]

[8]This courthouse is over 105 years old. The interior of building has been restored. Partly renovated in 1935, this addition is closely compatible.. An addition added in 1955 has now been demolished.[5]http://www.fortbendcountytx.gov/index.aspx?page=583

Fort Bend County is part of the Houston–The Woodlands–Sugar Land Metropolitan Statistical Area. Since the 1970s Fort Bend County has been one of the fastest-growing counties. [3]

The density of people were 405/sq mile

The racial breakdown for the county:

disfranchisement of blacks at the county level with the infamous upheaval of Jaybird-Woodpecker War. This was declared unconstitutional in 1944. Republican votes changed this by 1960's as middle class inhabited the north and eastern parts of the county.

Due to the growing ethnic diversity, the county since 2008 keeps changing.

Public transportation- commuter buses to Uptown, Greenway Plaza, and Texas Medical Center. It also provides Demand and Response Buses for Senior Citizens and the General Public that travel only in Fort Bend County to anywhere in Fort Bend County.[3] 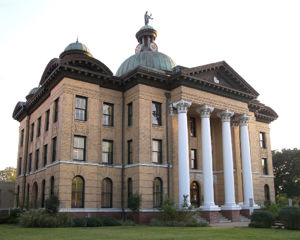 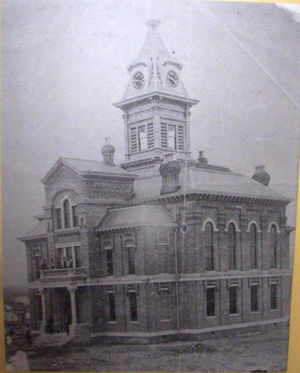 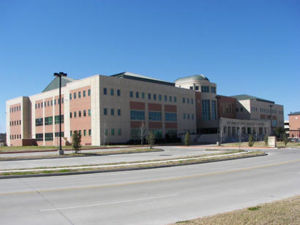 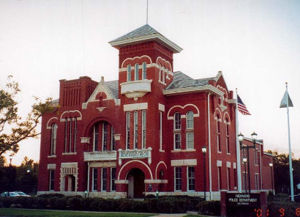 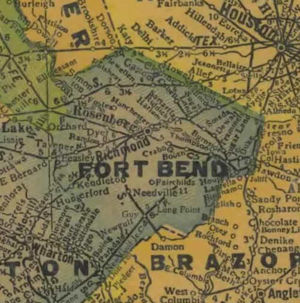