[send private message]
Last profile change on 5 May 2022
01:10: Susan McNamee edited the Text on French and Indian War Project. [Thank Susan for this]
This page has been accessed 6,578 times.

Welcome to the French and Indian War Project

The French and Indian War was a colonial extension of the Seven Years War that ravaged Europe from 1754 to 1763, was the bloodiest American war in the 18th century. It took more lives than the American Revolution, involved people on three continents, including the Caribbean. The war was the product of a clash between the French and English over colonial territory and wealth. Within these global forces, the war can also be seen as a product of the localized rivalry between British and French colonists, both sides involving the indigenous people of North America.

Our mission is to honor all those who served in this war, lest we forget....,

Are you interested in the French and Indian War Project?

You may also want to

This is the Main Category: French and Indian War

Please add anything you would like to see as a subproject. We can discuss ideas on our google group and then post them on g2g.

The following projects and groups are likely to have some overlap with this one, so members of this project may be interested in them as well:

These are tasks that volunteers can do to help us! Check out the G2G post referring to the task, and ask questions or comment on what you're working on there.

Speciific tasks you can do for the French and Indian War Project are:

Will you join us? Please post a comment here on this page, in send a private message. 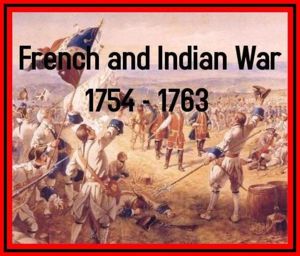 Greg Lavoie
Just an FYI-this project page has two lists of members, and has some other duplicated sections, needs to be cleaned up.
posted Sep 10, 2018 by Greg Lavoie

could you add this book link to resources please? Drake, Samuel Gardner. A Particular History of the Five Years French and Indian War in New England and Parts Adjacent, from Its Declaration by the King of France, March 15, 1744, to the Treaty with the Eastern Indians, Oct. 16, 1749, Sometimes Called Gov. Shirleys War. with a Memoir of Major-General Shirley, Accompanied by His Portrait and Other Engravings. Boston, MA: Samuel G. Drake, 1870. https://archive.org/stream/particularhistor00drak#page/n5/mode/2up

S (Hill) Willson
Why does the image for this template keep changing? Is there any way to keep it the flag of the country the person involved was representing?
posted Feb 06, 2016 by S (Hill) Willson