[send private message]
This page has been accessed 3,490 times.

White Lady Ghost- A White Lady is a female ghost dressed in all white reportedly seen in rural areas and associated with a local legend of tragedy. White Lady legends are found in many countries around the world, but they are mostly found in parts of the United States, Ireland and Great Britain. These legends are mostly found to be the death of a daughter who had a sense of pureity before she died.

Lady in Red - A Lady in Red is a female ghost, similar to the White Lady, but is a woman with a jilted lover, or a prostitute killed in a fit of passion, or woman of vanity. In all these cases, the Lady in Red is wearing a scarlet or blood red dress. She is said to be friendly with a her story attached to historic hotels, theatres or other public places, a lot of sightings of the Lady in Red is from old mining communities due to the prostitution trade. 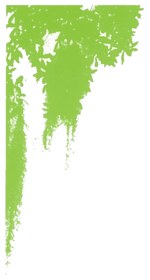 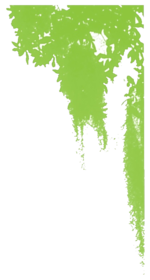 Extract from the Wikipedia A ghost is the soul or spirit of a dead person or animal that can appear, in visible form or other manifestation, to the living. Descriptions of the apparition of ghosts vary widely from an invisible presence to translucent or barely visible wispy shapes, to realistic, lifelike visions. The deliberate attempt to contact the spirit of a deceased person is known as necromancy, or in spiritism as a séance.

These profiles have been known to haunt places were they died,but that is not always the case.

Margaret Agnew - haunts the huge rebuilt mansion, which her husband, the rich Irishman, Harman Blennerhassett, had constructed originally in 1798.

Theodosia Alston - was the daughter of Vice President Aaron Burr the ghost of a lady, believed to be Theodosia, dressed all in gray has been seen at Debordieu beach where the Alston family had a summer home.Her presence has also been seen around the rice fields of the former Oaks Plantation at Brookgreen Gardens.

Philip Babb - was a pirate, he was rumored to have been one of Captain Kidd's men, and according to some accounts a desperately wicked man for whom there was no rest in his grave. And it was firmly believed by islanders that his ghost haunted the cove bearing his name.

John Baptise - was the first grave digger for the Salt Lake City Cemetery.At John's house over sixty pairs of burial clothes, shoes, personal belongings of adults and children were found,he had robbed over 300 graves.He went to trial and was found guilty he banished to Antelope Island in the Great Salt Lake.John Baptiste than vanished.Witnesses have described seeing a man walking along, wailing in pain and agony. The man has been described clutching a wet and rotting bundle of clothing. Possibly John Baptiste is not allowed to rest after having robbed the dead!

Edward Thatch- was known as Blackbeard his ghost is said to haunt the land near where he was killed. He has been seen pacing along the shoreline,lost in agony, presumably looking for missing head.

Thomas Boleyn - A ghostly coach and four horses passes over a Bridge in Aylsham (Norfolk) once a year. It is said to be driven by a headless Sir Thomas Boleyn, and is one of eleven bridges that he passes over on the night of his daughter Anne's execution.

Theodosia Burr - the ghost of a lady, believed to be Theodosia, dressed all in gray has been seen at Debordieu beach , where the Alston family had a summer home.And her presence has been seen around the rice fields of the former Oaks Plantation at Brookgreen Gardens.

Christopher Crawley - built Monte Christo Homestead, which is now a historic Australian property. Monte Christo is said to be Australia's, most haunted House .Christopher and his Wife Elizabeth are said to haunt Monte Cristo,along with at least 8 other ghosts.

Jonet Douglas - was burnt at the stake for allegedly treating the life of King James V. In the chapel in Glamis Castle and the sounds of hollowing knocking are sometimes heard. Some say that this is the sound of Lady Janet's execution pyre being built.When in the chapel of the castle, people are overcome with a feeling of immense sadness and desolation. A seat is constantly kept empty for Lady Janet in the chapel, and it is said one hundred witnesses once saw her glide past them in the chapel, heading towards her allocated seat. She can also sometimes be seen kneeling in front of the altar praying.

Lucretia Dunkley - was a convict transported to Australia in 1831.Lucretia and her lover Martan murdered her husband they both were hanged at the Berrima Gaol on the 17th of October, 1843. Their heads were removed for study. Lucretia's headless ghost now haunts the pine trees near the old Berrima Gaol.

Lillas Drummond - Lillias's husband ,began an affair with Grizel Leslie, who was Lillias's cousin, it is said that Lillias, upon learning of the affair, betrayed and heart broken retired to their home in Dalgety and wasted away of a broken heart. Fyvie Castle has been haunted by a lady in green,believed to be Lillas Drummond , roaming the corridors of the castle, crying the betrayal of her husband, and leaving behind a scent of Rose petals.

Catherine Howard - The ghost of Catherine Howard is thought to frequent Hampton Court's Haunted gallery where she was dragged back screaming to her rooms while she was under house arrest as she wanted to plead with her husband, King Henry VIII. Catherine Howard's ghost is also known as The Screaming Lady and was a cousin of Ann Boleyn.

Marie Antoinette - her ghost is said to haunt the Versailles Palace and gardens.In August 10,1901 Marie-Antoinette and several other people had appeared to two English spinsters who were on a visit to the Palace of Versailles.

Alice Riley - Alice Riley was the first person to be executed in the new colony of Georgia. She was hanged in Wright Square for murdering her master. She is said to haunt the square.

Rene Rondolier - was the terror of Colonial Savannah, Georgia and after being lynched found his revenge in continuing to terrorize its citizens and tourists to this day.

Carolyn Salome - the ghost of Carolyn Salomd is said to haunt the famous Mount Washington Hotel in New Hampshire. She is said to inhabit "The Princess Room" where she and her husband slept. She also observes people in the lobby of the hotel and has been seen going down the grand staircase.

Lady Dorothy Walpole - The Brown Lady is considered to be one of England's most famous hauntings.The ghost of Lady Dorothy is called the Brown Lady because she appears wearing a brown brocade dress.

Mary Webster - or Half Hanged Mary ,was tried as a witch 1683 . Mary was acquitted of the charges ,the locals took it upon themselves to hang her anyway. They cut Mary down the next day and buried her in the snow .Mary survived and lived another eleven years.

Mary Whiddon - Mary's ghost made an appearance in 1971 to a wedding guest staying at Whiddon Park. The guest awoke to find the apparition of a young woman dressed in a period wedding gown standing in the doorway of his room. Some say there is a secret passage from Whiddon Park House to The Three Crowns Hotel and that Mary's ghost haunts The Bishop’s Room and upstairs corridors of Three Crowns. As has now become tradition, often newly-wed brides remember Mary by laying a flower on her tomb after signing the register.

Borely Rectory - is said to be the most haunted house in England.Local legend is that a monastery, had once been located on the site .In the 13th century,a monk and a beautiful young novice, were killed while trying to elope from the place. The monk was hanged and the young novice was bricked up alive within the walls of her convent.

Chillingham Castle - the Castle Dates back over 800 years, and had a bloody and barbaric history it is no wonder ,Chillingham Castle is regarded as one of the most haunted places in England, with hundreds of paranormal events being recorded.

Fyvie Castle - the ghost of Lady Meldrum has been seen many times around the castle.It is believed that she requested to be buried in the walls of a secret room in the Meldrum Tower. It wasn’t until 1920 that her remains were discovered.The Castle is also haunted by a lady in green, roaming the corridors of the castle, crying the betrayal of her husband, and leaving behind a scent of Rose petals,beleived to be Lillias Drummond who was betrayed by her husband.

Haunted Picton - Picton is a small historic town, 80km from Sydney, Australia. Picton has the reputation as one of Australia’s most Haunted Towns. 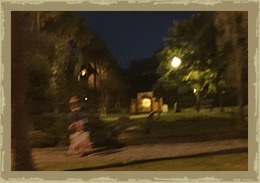 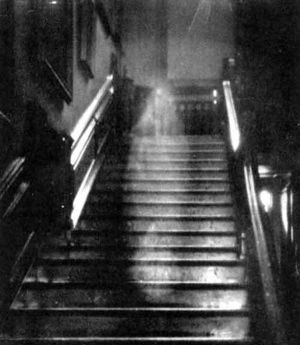 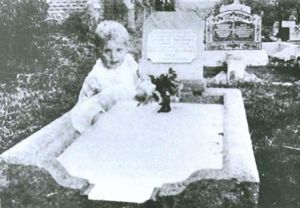 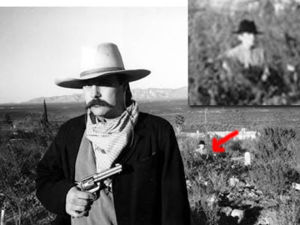 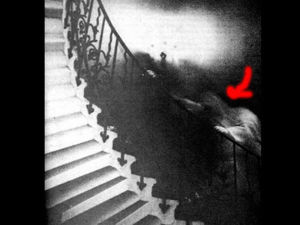 Kathleen Parker
Been on WikiTree many years now but never came across this page! Fantastic!
posted Sep 18, 2019 by Kathleen Parker

Bonnie Saunders
What a singular page/profile, congratulations to the creators! Really delightful!
posted Nov 01, 2017 by Bonnie Saunders
[Living Barnett]
A town near where I live in Loudon, Tennessee named Oak Ridge, Tennesseee there are Halloween tales that was in our Knoxville, Tennessee newspaper. The newspaper is Knox News Sentinel. Oak Ridge National Labatory is where my mom worked until she lost half of her eyesight in her left eye, the bottom part of it and it was her good eye now her lazy eye is her good eye now. She had to go on disability with it. That is where the atomic bomb came from that United States dropped on Japan in World War II. One Tale is John Hendrix the Prophet. This can be checked out at the American Museum of Science and Energy in Oak Ridge, Tennessee where they will show you the proof they have of John Hendrix in that great Institution of Science. Also there is a researcher extraordinaire, who is a newspaper reporter for the Oak Ridge newspaper who can help verify John Hendrix. The places that was in the article in the newspaper mention John Hendrix himself and about himself and his grave. It is very interesting. Also she mentioned the Historic Alexander Inn in Oak Ridge, Tennessee, and also George Jones Memorial Baptist Church and the cemetery beside it that is in Oak Ridge, Tennessee too.
posted Oct 28, 2017 by [Living Barnett]

a profile that has a supposed ghost connected to it.