[send private message]
This page has been accessed 103 times.

HMAS Sydney, named after the Australian city of Sydney, was one of three modified Leander-class light cruisers operated by the Royal Australian Navy (RAN). Ordered for the Royal Navy as HMS Phaeton, the cruiser was purchased by the Australian government and renamed prior to her 1934 launch.

During the early part of her operational history, Sydney helped enforce sanctions during the Abyssinian crisis, and at the start of the Second World War was assigned to convoy escort and patrol duties in Australian waters. In May 1940, Sydney joined the British Mediterranean Fleet for an eight-month deployment, during which she sank two Italian warships, participated in multiple shore bombardments, and provided support to the Malta Convoys, while receiving minimal damage and no casualties. On her return to Australia in February 1941, Sydney resumed convoy escort and patrol duties in home waters.

On 19th November 1941, Sydney was involved in a mutually destructive engagement with the German auxiliary cruiser Kormoran, and was lost with all 645 aboard. The wrecks of both ships were lost until 2008; she was found on 17th March, five days after her adversary. Sydney's defeat is commonly attributed to the proximity of the two ships during the engagement, and Kormoran's advantages of surprise and rapid, accurate fire. However, the cruiser's loss with all hands compared to the survival of most of the Germans have resulted in controversy, with some alleging that the German commander used illegal ruses to lure Sydney into range, that a Japanese submarine was involved, and that the true events of the battle are concealed behind a wide-ranging cover up.

from ABC News By Kate Midena Identity of 'unknown sailor' 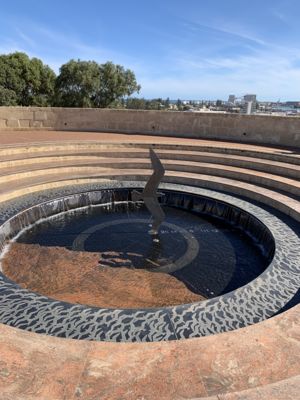 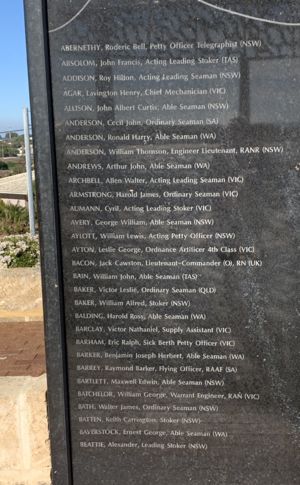