[send private message]
This page has been accessed 790 times.
This Study has been included in the One Place Studies Project.

This is a One Place Study to collect together everything about Harlem Township, Winnebago, Illinois. The hope is that this study will be a valuable reference point for people studying lines that cross or intersect. The aim is to work back through time, as far as records allow, detailing the lives of the people wherever possible. It is hoped that other researchers who are interested in Winnebago, Illinois, will make similar studies of the Townships, Villages and Towns, which make up the County. A list of these can be found here]

Towns and Villages in Harlem Township

Harlem Township is one of the oldest towns in Winnebago County. It was first surveyed in 1835. It was named by early settlers from the Dutch Settlement Harlem on Long Island in New York. [3]

Harlem Methodist In 1845 twelve settlers gathered for worship in the schoolhouse.

In 1847 Asa Taylor donated land for a cemetery and a. The Harlem Methodist Church was completed in 1848. Asa, however, died in a farming accident before that and was the first to be buried in the cemetery.

The 1848 building still stands at the Harlem Cemetery but the Methodist congregation has moved to Machesney Park.

The early residents of the Scottish Settlement First net to worship in the home of John Greenlee or Andrew Giffen.

There are two cemeteries in Harlem where most of the residents from 1835-1860 are buried:

In 1842 Jonas Tofflemire donated an acre of his land for this cemetery. There are records listed for 27 burials (about 24 listed at Genealogy Trails, there are 27 memorials at FindAGrave but only a few headstones left that have been gathered placed inside a fence. 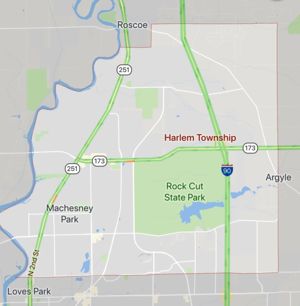 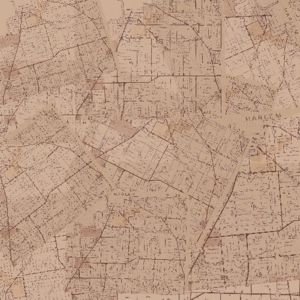