[send private message]
This page has been accessed 2,227 times.

This is a One Name Study to collect together in one place everything about one surname and the variants of that name. The hope is that other researchers like you will join our study to help make it a valuable reference point for people studying lines that cross or intersect. Please contact the project leader, add categories to your profiles, add your questions to the bulletin board, add details of your name research, etc.

The surname originated in Scotland, meaning son of Hendry (a Scottish form of Henry). Due to its origin it emerged in multiple places for unrelated families.[1] The 1841 census showed Hendersons living throughout Scotland but concentrated in Lanarkshire (10%), Midlothian (10%), Fife (8%), Aberdeenshire (8%) and Caithness (5%).[2]

The use of hereditary surnames in Scotland dates back to 1061, when King Malcolm Canmore "directed his chief subjects, after the custom of other nations, to adopt surnames from their territorial possessions".[3]

The main family in Fife is the Hendersons of Fordell, who are believed to descend from the Henryson family of Dumfriesshire.[4]

The Caithness Hendersons are descended from Henry Gunn, a younger son of George Gunn, chief of Clan Gunn in the 1400s.[4]

The Hendersons of Glencoe anglicised their name from MacEanruig and claim descent from Henry, son of Nechtan, King of the Picts.[4] 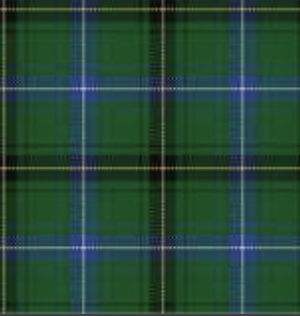 John Henderson
The earliest Henderson I'be been able to confirm is Arugules Hercules Henderson abt 1800. I would consider it an honor to help preserve and authenticate the Henderson Clan. I am a writer, commercial artist and publisher as well as a web developer. We also own a web hosting company and can host family tree sites.
posted May 30, 2018 by John Henderson
Nancy (Henderson) Saxby
I descend from the Henderson's of Caithness Scotland. Much earlier generations from the Orkney Islands. I would like to join this project if someone can tell me how to go about it? Thanks!
posted Jan 28, 2018 by Nancy (Henderson) Saxby

Lynda Crackett
I have several generations of Henderson in Northumberland, England. I would be happy to include them in your study if you want them and can explain to me how to do it.
posted Jul 02, 2017 by Lynda Crackett