[send private message]
This page has been accessed 443 times.

David Strauch (1830-1896) emigrated from Germany and established a dairy farm on the Marysville Road 9 miles north of Sacramento in what would become American Township, Sacramento County, California (1856). He and the other German speaking emigrants in the area; Jacob Scheidel who came from Alsace-Lorraine, Germany, the Charles Schmittmeyer family and David Strauch (1830-1896) family both from Bavaria, Germany wanted a school for their growing families. They built a wooden one room school on the northwest corner of David Strauch’s homestead about a half mile from the house. There was no plumbing and no electricity. Very few of the students could speak English because their families were all German speakers.

In 1860 the school was formalized and a school district was created out of Township. No. 12, North Range, 6 East, Mt. Diablo Meridian. It became District No. 23, known as Lincoln School District. [1]

Student attendance was very sporatic as the children all had to participate in the work of the family farms. Albert Scheidel had to help with the spring planting and other regular farm work. Charles Christopher Strauch (1867-1958) had to churn butter before school, wash the milk pans at lunch break, and hurry home after school to help with the milking. His daughter Pearl relates: “Pa received a music box in the 5th grade there for being the best speller. He was proud of that. We kids got to turn the handle to play a tune once or twice a year when Ma cleaned the dish cupboard.” Thomas Johnston (1855-1904) was also a student who did not attend very often although his younger brothers and sisters seem to have attended more. Thomas was 18 when he was in the second grade. Eventually his own children also went to the Lincoln School when their farm work allowed. The children often had farm work from sun-up to 10 PM daily. Added to their farm work, some of the students had to walk more than 3 miles each way to school! In addition, the school terms were very short, from 6 to 8 months a year. An 1873 report says that the school year ran from August 5th to March 3rd.

The teachers also had a difficult time doing their job. The 1873 report says teacher George Smith earned $60 per term. Due to lack of transportation, teachers often lived with one of the local families. The Charles Strauch family housed teachers.

By 1873 the large Schandoney family started adding to the school population.

In 1874 there was a kerfuffle at the schoolhouse. Apparently a fistfight broke out. Wm. E."Tule" Johnston, was charged with battery. Thomas Johnston was charged with the battery of Mr. Wallace and disturbing the peace and George Smith was charged with battery against Thomas Johnston. O. W. Wallace was convicted on a charge of battery of Tule Johnston. Justice Conger who heard the cases, delivered some appropriate remarks on the occasion, bearing upon the inopportueness of a free fight at a meeting held tor the purpose of organizing a Sunday-school. [2]

The school was used for community meetings and as election polling place, and for political gathering for the township. For example William Ekenhead Johnston (abt.1821-1898) , Inspector, Victor Friedrich Strauch (1850-1914), Judge are mentioned. [3]

In 1895 the school was broken into and a number of books were taken, most of them being the histories of different European countries. [4]

In 1897, the school house was moved to one acre of land donated by Victor Friedrich Strauch (1850-1914) and Emma (Steinmuller) Strauch (1854-1933) located on the corner of Elverta Road and Elwyn Avenue. The land was deeded to W.S. Wait and C.T Horgan, the Trustees of the Lincoln School District dated October 19, 1901 from Victor Fredrich Strauch and Emma Strauch. The document stated that if the land was not used for a school at any time, the ownership would revert to Victor Strauch. [5]

In the late 1890s the student population, though not always attendance, was such that a second school was created in the American Township called the Alpha School. The original Alpha School in Placer County was a two-room school house on Baseline Road between Elder Street and Pleasant Grove Road At this time the word “Joint” was added to the District’s official name because the District now included parts of two counties.

In 1919, the Elverta community started looking for a larger tract of land for the Lincoln School. [6] The community chose from 4 designs for the school. One of the designs was shown in a newspaper article. In the early 1920’s, the new Lincoln school was built on Rio Linda Boulevard, and the old school on Elwyn Avenue and Elverta Road was used as a lodge hall for the Modern Woodsmen of America. The new school which was wood and stucco had one small classroom and one large classroom with large folding doors to make two classrooms when needed. In the larger classroom there was a stage where silent movies were screened for the community for night recreation. Desks were one piece, bolted to the floor and the school was heated by coal stoves.

In 1921 this letter to the editor appeared in The Sacramento Bee: WATER LACKING AT SCHOOL To the Editor of The Bee--Sir: It seems almost inconceivable that a state of affairs could exist in our most modern Twentieth Century schools as that which reigns supreme at the Elverta School at Elverta Cal. Through my sister and her children who attend school there I learn that drinking water is not much in evidence unless the good Lord sends wind as a means of utilizing the windmill The lack of motive power for the only means of securing water has resulted in no drinking water for periods of two weeks or so. The flushing bowls in the toilets have no water making the place the most nauseating and unhealthful feature of it all. Conditions such as these require the immediate attention of the county health authorities Normal progress in education is impossible under such a shocking state of affairs. D.M. [7]

On December 2, 1924 the Lincoln School was closed by a diptheria outbreak for a week. While it was not deemed critical, the officials thought it wise to close the school to prevent the spread of the disease. [9]

On November 23,1927, the school burned to the ground from a fire starting in one of the coal stoves. Only a few desks, the piano and phonograph were saved from the building. [10] The students were to return after Thanksgiving vacation to the old one room school building and the Methodist Church for classes. About 50 children attended the school and after awhile the following situation developed: the first, second and third grades were taught in the home of Albert Scheidel on Rio Linda Boulevard; the fourth and fifth grades in the home of William Boolinger on Eloise Avenue; and the sixth, seventh and eighth grades were taught in the Elverta Community Church. When the school was opened in September 1928, it was equipped with steam heat which rendered it fireproof.

Throughout the years, members of the Strauch and Scheidel families continued to support the school, serving as school board trustees. Charles Strauch and Albert Scheidel were both trustees.

In 1956, the last remnant of the Lincoln School was erased when a petition was submitted by 36 members of the Community Club of Elverta and approved, to formally change the name of the school from Lincoln School to Elverta Elementary School, Elverta School District. [11] On November 15, 1957, three classrooms were completed; and on November 15, 1960, three classrooms, a kindergarten, administrative office, multi-purpose room and kitchen were added, giving a total of 13 classrooms. The Cornerstone Ceremony for the Elverta Elementary School was held Saturday, April 30, 1977. [12]

Newspaper Reports of Attendance and Enrollment

The following attendance information was gleaned from local newspapers. I have included the Alpha School because some of the students were former Lincoln School students. Profile links added as available.

1877
Teacher F. A. Butler
Enrolled 12 Six pupils in the second grade and six in the third grade.
Average Attendence 9 ...The school is supplied with maps, charts, globe, and a good library. The discipline of this school is very good. Pupils he made marked improvement, considering that the terms are so short (six to eight months) and the irregularity of attendance consequent on the great distance many of the pupils must walk.[16]

1878
The Lincoln School District is too large and the number of scholars too great for one teacher. There is some talk of having a graded school established, which would measurably remedy the evil; but if this is not done the district will probably be divided and a new school house built. There are nearly 230 scholars in the district, between the ages of 6 and 21. and some of them have to travel full three miles in order to avail themselves of the privileges of the single school existing there. . . [17] 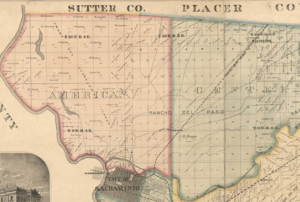 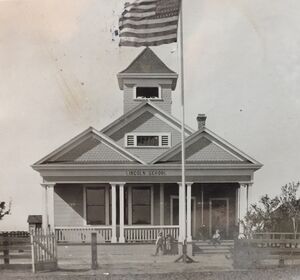