[send private message]
This page has been accessed 2,928 times.

In 1680 John Randall purchased property in Stonington and John Randall II built the existing dwelling on this same tract of land. For more than two hundred years this farm was occupied by a Randall - John Randall III and IV, William and Darius Randall.

Among the first to free their slaves, the Randalls became ardent abolitionists before and during the Civil War. This fact supports the legend that the Randall home was a stop on the Underground Railroad. In the Keep (Hearth Room), there is a trap door that leads to a secret room where slaves were hidden.

Randall’s Ordinary has nothing “ ordinary” about its long and colorful history….from helping slaves find freedom to being a restaurant, where waiters in traditional period costumes, cooked over the huge open hearth.

Presently the old house and buildings are sitting empty up the long winding driveway, lined with old stone walls, off of Route 2 in North Stonington. The Mashantuckets still own it.The house was built by John Randall II in 1720 on land his family owned since 1680. It stayed in the Randall family for about 200 years! At first the house was in the town of Stonington, but in May of 1807, Stonington was divided into two parts and North Stonington was created.

Randall’s Ordinary has the distinction of being one of 16 stops of the Connecticut Freedom Trail. In 1997, Randall’s Ordinary received this recognition from the Connecticut Historical Commission. Under the Fugitive Slave Act of 1793, anyone caught helping escaped slaves would be arrested. Therefore, it was hard for the commission to find written proof of many under-ground railroad stops. They relied heavily on oral histories in documenting many of the stops, including Randall’s Ordinary.

There is a room with an immense stone hearth. Roll back the hooked rug to reveal a trap door. Lift it up and look down into an exceptionally deep, dark hole.

The old Randall/ Brown Cemetery is on the left as you start up the hill. The stones are broken and it has been vandalized! It is located west of the homestead. Colonel William Randall (d. June 1, 1841), Mrs. Wealthy Randall, wife of Captain William Randall, (d. December 2, 1805), and other family members are buried there.

Looking for a Creepy Time This Year on Halloween?

Only a few miles from the glittering Indian casinos in eastern Connecticut, visiting Randalls Ordinary is like stepping three hundred years back in time. The old farmhouse has been restored as an ordinary (a colonial word for an inn), and the old barn has been turned into a very nice hotel. There are lovely grounds to walk through, a private cabin you can rent, and knowledgeable staff who dress in period costume. And, of course, it has a ghost.

Allegedly, John Randall II, the son of the original owner, is the ghost. In 1680, his father, John Randall the elder, purchased the property where Randall’s Ordinary now stands; John II built the home that still stands a little later. For over two hundred years, the Randall family held the farm, working as abolitionists on the Underground Railroad (ask to see where they hid the slaves) and buried their dead in the small graveyard to the west.

Guests and staff have seen Mr. Randall numerous times; he is always described as a sad-looking man in a uniform and with long hair, carrying a blunderbuss. He haunts the Inn today, particularly the room known as his, Room 12. He’s been known to turn lights off and on and to be generally noisy. Are you brave enough to spend the night with this ghost? 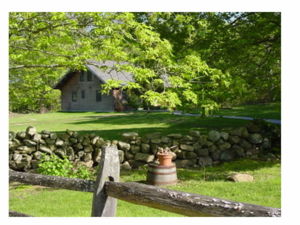 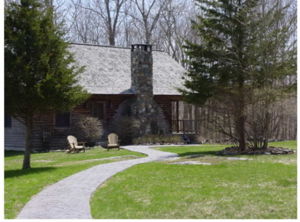 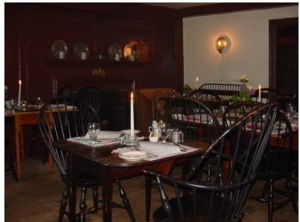 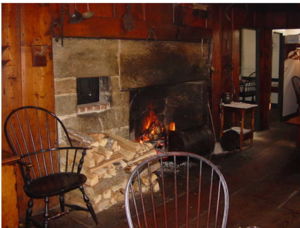 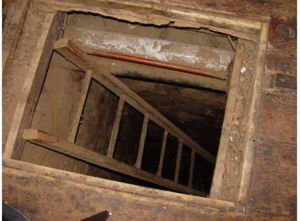