How to use French departmental archives

[send private message]
This page has been accessed 1,218 times.

Here is basic help for new users of French archives.

History and organization of public archives in France

In France, archives for birth, marriage, and death records of individuals must be accessed through the archives of département where the event took place. Inside the département, archives were kept by municipality after the revolution, and by parish before 1793. Therefore, it is essential to know the place where an event took place, especially as most of the archives are not indexed.

For events before (roughly) 1793, parish archives were kept by priests and clerks who had an obligation, since the 16th century, to record all baptisms, and later also marriages and burials they performed. Since 1668, it was mandatory to keep double registers.

After 1793, the municipalities had to keep their own, civil, records, so that events would be recorded by the same authority for all citizens independent of their faith. These records are known as état-civil (civil registration).

How to search the Archives Départementales (Departmental archives)

About 90% of these départements provide free online access to their numerized archives. The French Roots project has constructed a list of these archives.

If you can't find the département you are looking for in our lists, just Google « Archives (insert name of département here) online » and start from there. Try to look for « état-civil » as they have lots of other, non-genealogical, archives.

The Paris archives : http://archives.paris.fr/r/124/-at-civil-de-paris/ are a special case because the whole collection was burned down with the Palais des Tuileries in 1870. So all records before 1860, including parish records, were destroyed. They reconstituted part of the old records (I think that’s less than 10%). The indexes for these records are available online, but not the records themselves. For records after 1860, it’s best to know the arrondissement where the event took place, because each arrondissement is a municipality and keeps its own registers. If not sure of the date of an event, check the 10-year-index tables first, and when you have the exact date, go for the record itself.

For other départements, the system is the same. You have to know the locality where the event took place because the records are accessed through numerized books and each locality keeps its books. There are no general indexes. You need to « leaf through » the books.

Most of the departmental archives ask you to agree with their terms of use before you can access the records. Some, like the Archives de l'Oise require you to create an account, but they seem to be an exception. The account is free.

Each département has its own system, search tools and browser and they don’t put the same range of data online. The system of civil registration is the same everywhere, though.

Things to know about older archives:

Other resources available at departmental archives

Other genealogical resources from départements include military records (from about 1860 to roughly 1900 ; many départements have included records of those who participated in WWI). Census records were taken every 5 years from 1841 to 1936 (except 1871 and 1916). Many are available online at least up to 1911. Census are a really great tool if your ancestor lived in a small village. 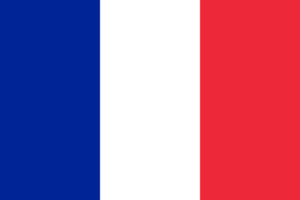