[send private message]
This page has been accessed 289 times.

The 18 foot obelisk was designed, built, and largely financed by members of the Huntly RSA. It was unveiled by Governor-General Sir Charles Fergusson on 27 May 1927 at a location between the main street and the banks of the Waikato River, not far from the post office and the local town hall. Its construction is of Huntly bricks, appropriate for the area, and a material reflected in many buildings in Huntly. The base is of glazed bricks and there is a shaft of white enamelled bricks above this.

The obelisk was relocated to outside the hall and additional plaques added to honour those in other conflicts. The pillars and grecian urns that originally surrounded the base no longer form part of the memorial.

Names of those honoured

A list of those honoured is below in four sections according to the order on the plaques. A short bio for some may be entered and a link to their WikiTree profile if one exists.

NAMES ON THE MEMORIAL #1

Captain J. MacDiarmid died in Wellington on March 18th 1917 as the result of appendicitis and general peritonitis. He had been in practice at Huntly, but for some time past was a medical officer at Featherston Camp. He was buried with military honours at Karori. Captain MacDiarmid graduated at Edinburgh University in 1907. [1] See death reg no. 1917/852, service no. 35940.

NAMES ON THE MEMORIAL #2

NAMES ON THE MEMORIAL #3

Names from World War One

NAMES ON THE MEMORIAL #4 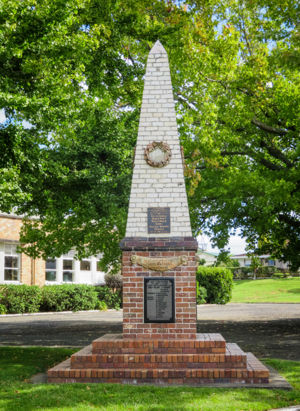 Unveiling of the Huntly Memorial 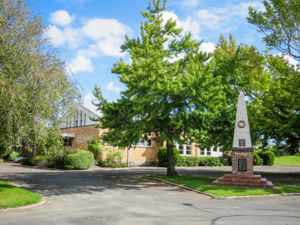 One face of the Huntly Memorial 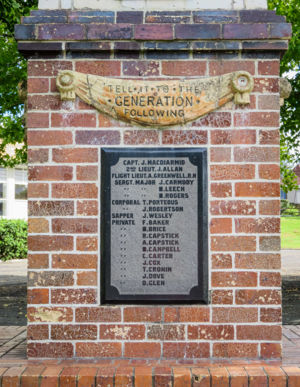 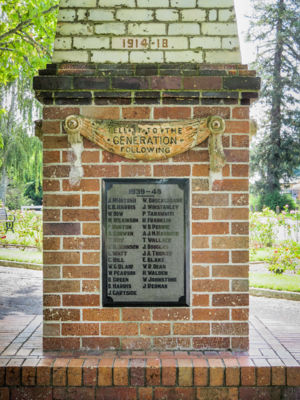