[send private message]
This page has been accessed 75 times.

Mrs. Isabele Le Patourel, who was pro-
minent in the social life of Sydney during the
latter part of last century and in the early
part of this century, and who also had an
Australia-wide reputation as a social writer,
died yesterday at Kelstone, Ocean-street, Wool-
lahra, aged 77 years.

Born in England, she was brought, when an
infant, to Australia by her parents, but later
returned to England to complete her educa-
tion. She married Captain Henry Le Patourel,
who accompanied a former Governor of New
South Wales, Lord Loftus, to Sydney, in the
capacity of aide-de-camp. At the completion
of Lord Loftus's term of office, Captain Le
Patourel decided to remain in Australia, and
he accepted a commission with the Garrison
Artillery. Mrs. Le Patoural began her jour-
nalistic career as a writer of social events for
the "Australasian" (Melbourne), but later
became associated with the "Sydney Morning
Herald," and had charge of the social depart-
ment of this newspaper for many years, re-
tiring about 20 years ago. 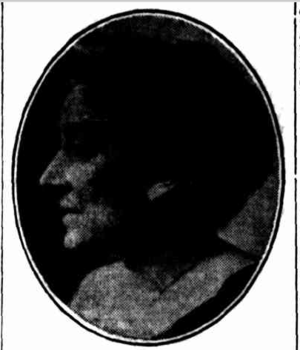