[send private message]
This page has been accessed 3,370 times.

The aim of the project, which is managed by the North of Ireland Family History Society, is to explore the connections between people who are the descendants of those who lived in the historic North of Ireland parish of Islandmagee in County Antrim, which has strong Scottish and some English connections and a number of families that have lived in the district for generations. By testing people with known connections to the original families we will be able to confirm connections going back many generations, in many instances going beyond paper records.

We are working with the local community and have gathered together a team with a lot of experience in carrying out family history research and interpreting DNA test results who will analyze the results and handle queries from matches. The project will allow individuals around the world to identify that they have ancestors from Islandmagee with benefits for tourism, increasing community cohesiveness, and benefiting generations to come as information is identified and made available for further research.

I am Anne Johnston and am a Project Administrator on the Group Project on Family Tree DNA. The project is being managed by the North of Ireland Family History Society but is not limited to Society members. If you have Islandmagee ancestry or know anyone who has please contact me. I am also looking for experienced Wikitreers with Irish family history research experience who can set up profiles for members of old Islandmagee families.

The project covers DNA test takers who have ancestors from the parish of Islandmagee. There will be testers who match those from Islandmagee through other family lines. They are not part of the project.

It is a parallel project to the Ballycarry DNA Group Project which covers the Templecorran parish and as the two parishes are adjacent to each other there is some overlap between the families.

Islandmagee (or Island Magee) is a narrow peninsula about 6 miles long and 2 to 3 miles wide on the south-east coast of County Antrim, separated from the mainland by Larne Lough. Eastwards, it looks across to the Galloway and Ayrshire coasts of Scotland, Northwards, the Mull of Kintyre in Argyllshire is visible along with the islands of Islay and Jura in the Inner Hebrides. Being so near to Scotland has had a defining influence on Islandmagee's history and culture.

Islandmagee is known locally as 'the Island'. There are no towns on the peninsula - it has a generally dispersed rural population with three small villages, Ballystrudder, Mullaghboy and Millbay. The nearest towns are Larne (across Larne Lough), which has a long history as a major port, and Carrickfergus, one of the oldest towns in Ireland dating back to the 12th century.

There are 25 townlands in the parish of Islandmagee:

The origin of the name Islandmagee (Irish: Oileán Mhic Aodha) is Magee’s island or peninsula. The Mac Aodha (Magee) family was a prominent Irish Gaelic sept (a sub-division of a clan). In the early medieval period the area was known as Rinn Seimhne (pronounced Rin Shevne and meaning the headland of a tribe of people called the Seimhne). It was a minor kingdom within Ulaid, a Gaelic over-kingdom in north eastern Ireland. In the Annals of the Four Masters it is recorded that in the year of the world 2859 King Neimhidh (pronounced Nevy) with his four sons led a colony into Ireland and built Rath Cimbaeith (pronounced Rah Kimbee) in Seimhne.[1]

The parish and surrounding region is thought to have been one of the earliest inhabited areas in Ireland and has numerous archaeological sites including:

• Ballylumford Dolmen – known locally as the ‘Druid’s Altar’. It is probably the remains of a portal tomb dating to the early Neolithic period (c. 4000-3600 BC) when the first farming communities were established in the area.[2]

• Neolithic houses with artefacts including pottery have been excavated in the townland of Ballyharry.[3]

• The below ground remains of a medieval settlement at Portmuck include a church and graveyard.[5]

In the 13th century the Bissett family from Scotland was granted the lease of Islandmagee and the lands later came into the ownership of the MacDonnells when Margery Bissett, the sole heir, married John Mór Tanister MacDonnell. In 1621 the lands were granted to Arthur Chichester, 1st Baron Chichester, the Lord Deputy of Ireland. He leased it to Sir Moyses (Moses) Hill who built a tower house at the southern tip of the peninsula called Castle Chichester (also known as Castle Chester) and settled a number of his own people on the land. Over the next few centuries the Chichester and Hill families continued as landlords under the titles Lord Donegall and Viscount Dungannon.

On the evening of the 8th January 1642 Islandmagee was the site of a massacre of allegedly 3000 Catholic men, women and children (although this figure was probably a gross over-estimate - probably no more than 50) when English and Scottish forces emerged from Carrickfergus Castle to the south with orders to kill all of the Catholic inhabitants of the area. The reason was the believed connection of the McGees with Sir Phelim O’Neill, the renegade Antrim nobleman who was the leader of the 1641 Rebellion in the province of Ulster. Nowadays Islandmagee is predominantly Presbyterian reflecting the Lowland Scots who have crossed the Irish Sea and settled there.

In 1711 Islandmagee was the site of a witch trial when 8 women were convicted of witchcraft and were jailed for a year and ordered to stand 4 times in the stocks on market day.

It is said that almost every male on Islandmagee took part in the 1798 Rebellion. They sailed across the lough to Larne and played a large part in winning the town for the United Irishmen.

In the early 1800s Islandmagee was regarded as a haven for smugglers. One of the caves used by the smugglers was found to have an artificial floor of timbers, concealed under a covering of stones and shingle. Underneath, hewn out of the bedrock, was a cavity where the smuggled goods were hidden. Caves around the coast were used to conceal gin and tobacco, both of which had a high customs duty.

Although farming was the most important industry on Islandmagee in past centuries, seafaring has been a way of life for many families. It claims to have more master mariners and sea captains per head of population than any other part of the British Isles. In many families it was a generational occupation and was a rite of passage for many young men from ‘the Island’. Islandmagee has had 3 Admirals/Rear Admirals, all born and brought up in the parish – Robert Symington, Robert Brice and Charles Hudson.[7]

There is a reputed connection between Islandmagee and the engineer and inventor James Watt. James was born in Greenock, Renfrewshire, Scotland and was a sickly and delicate child who later suffered from bouts of depression and headaches. At one point he was sent to the fresh air of Islandmagee to recuperate from an illness and stayed in the basement of the house of his nephew and his wife, Alexander Hay and Isabella Clark. Isabella was the daughter of Elizabeth Watt, James's sister. While staying at the house he made toys to entertain the Hay children but was sent home after some blew up![8]

The following table gives the population of the parish as recorded in the censuses taken between 1821 and 1911. The figures indicate significantly more females than males because many of the male heads of household were away at sea on census night.

The following surnames were to be found in the parish in both the 1800s and 1900s:[9] Surnames in bold indicate surnames in the ancestry of test takers in the project.

The following surnames can be found in the parish in the 1800s but have disappeared by the 1900s: 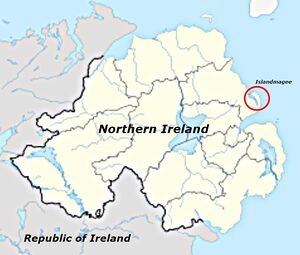 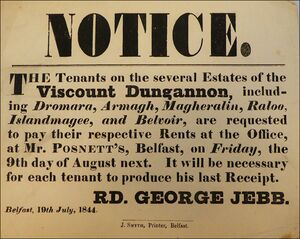 Leave a message for others who see this profile.
There are no comments yet.
Login to post a comment.
Beth (Brown) Golden
Several of my ancestral surnames (Graham, Jamison, Little and Martin [sp. var. for all] appear in various records for Island Magee. The earliest I've found is Little in the 1630 Muster Rolls. However, I do not know if these families will directly connect to my own who ended up in County Down 200 years later. My 2 brothers (including ydna) and I have (including mtdna) our results on FTDNA. Since they're not confirmed ancestors, I'm not sure if you'd like us to join but glad to do so. Thanks!
posted Apr 07, 2022 by Beth (Brown) Golden
Karl Hamilton
Hello all. I've just signed up to this website to find out more about my ancestors from Islandmagee. My grandfather was Gilbert Yates Hamilton, and his grandfather was John Ferguson. That's all I know at the minute. I look forward to learning more.
posted Nov 15, 2021 by Karl Hamilton

Have you tested your DNA? If so, with which company? Where are you living? Profiles of people from Islandmagee are being posted as part of the Islandmagee DNA Project. If you are interested in testing or have tested and wish to join the project contact me via a private message (my details are under Profile Manager near the top of the page).

Have you tested your DNA? If so, with which company? Contact me on [email address removed] Regards Anne

posted Nov 11, 2021 by Anne Johnston
[deleted]
Mt aunts told me a long time ago that we - my surname is Ferres - originally came from Islandmagee. I have tried to establish a connection with the Ferrises who live there now, to no avail. At some stage, perhaps in the late 18th century, my family moved to Belfast. I believe that our name was originally spelled FERRIS. The male Christian names reappearing are Robert and James. When they moved to Belfast they worshipped in St Anne's Church, Donegall Street.
posted Oct 30, 2021 by [deleted]
Roger McCalmont
Hood surname in 1800's gone by 1900's? Not so. Dougie Hood was my Uncle Sammy's ferry partner until 1982.
posted Sep 11, 2021 by Roger McCalmont

Can you tell where the Hoods are in the 1901 and 1911 census records for Islandmagee? That is what I used, as indicated in the referenced sources.

This is just incredible! Wow, I can't wait to start looking into everything you have here!