[send private message]
Last profile change on 22 May 2022
21:41: Azure Robinson edited the Text on Jehovahs Witnesses. [Thank Azure for this]
This page has been accessed 2,940 times.
Back to Religion Project

The goal of this project is to gather information about Jehovah's Witnesses, with a focus on the leaders, "Bethel" volunteers and residences, and the history and genealogy of its members.

Their present understanding of Bible truths and their activities can be traced back to the 1870s and the work of Charles Taze Russell and his associates, and from there to the Bible and early Christianity. On July 26, 1931, at a convention in Columbus, Ohio, Joseph Franklin Rutherford introduced the new name – Jehovah's witnesses – based on Isaiah 43:10: "'You are my witnesses,' declares Jehovah..."

At first they had headquarters offices at 101 Fifth Avenue, Pittsburgh, and later at 44 Federal Street, Allegheny. In the late 1880’s, however, expansion became necessary. So Russell arranged to build larger facilities. In 1889 a four-story brick building at 56-60 Arch Street, Allegheny, was completed. Valued at $34,000, it was known as the Bible House. It served as the Society’s headquarters for some 19 years. As of 1890, the small Bible House family was serving the needs of several hundred active associates of the Watch Tower Society.

As the newspaper preaching gained momentum, the Bible Students looked for another location from which to originate the sermons. Why? The Bible House in Allegheny had become too small. It was also thought that if Russell’s sermons emanated from a larger, better-known city, it would result in the publication of the sermons in more newspapers. But which city? The Watch Tower of December 15, 1908, explained: “Altogether we concluded, after seeking Divine guidance, that Brooklyn, N.Y., with a large population of the middle class, and known as ‘The City of Churches,’ would, for these reasons, be our most suitable center for the harvest work during the few remaining years.”

In 1908, therefore, several representatives of the Watch Tower Society, including its legal counsel, Joseph F. Rutherford, were sent to New York City. Their objective? To secure property that C. T. Russell had located on an earlier trip. They purchased the old “Plymouth Bethel,” located at 13-17 Hicks Street, Brooklyn. It had served as a mission structure for the nearby Plymouth Congregational Church, where Henry Ward Beecher once served as pastor. The Society’s representatives also purchased Beecher’s former residence, a four-story brownstone at 124 Columbia Heights, a few blocks away.

The Hicks Street building was remodeled and named the Brooklyn Tabernacle. It housed the Society’s offices and an auditorium. After considerable repairs, Beecher’s former residence at 124 Columbia Heights became the new home of the Society’s headquarters staff. What would it be called? The Watch Tower of March 1, 1909, explained: “The new home we shall call ‘Bethel’ [meaning, “House of God”].”* 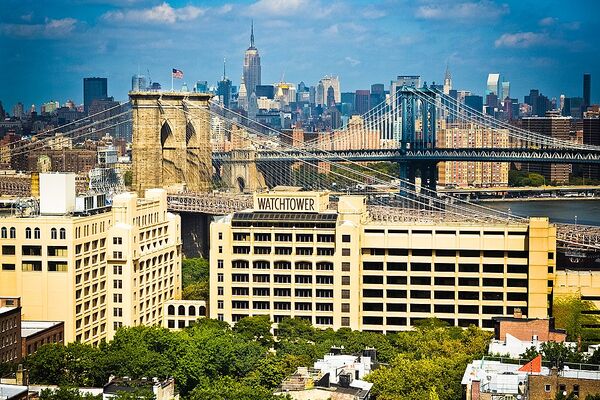 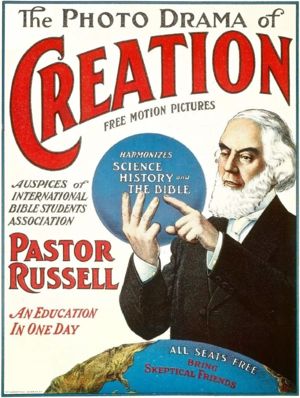 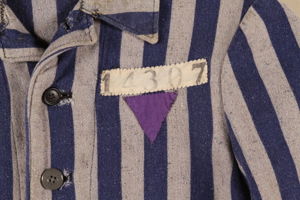 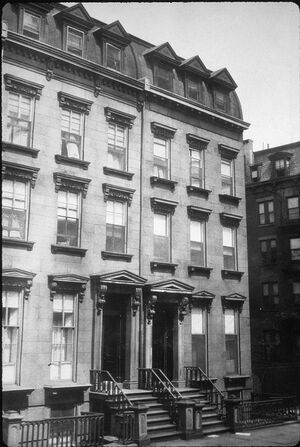 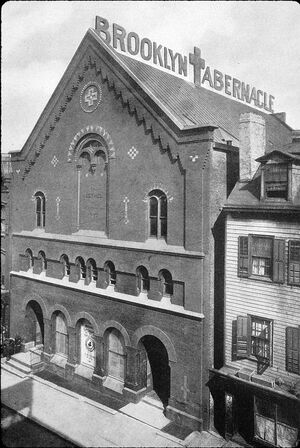