[send private message]
This page has been accessed 123 times.

Kenosha County is a county located along the West Shore of Lake Michigan in the far southeastern corner U.S. state of Wisconsin. Its county seat is Kenosha.[1] Its 2010 population was 166,426.

Kenosha County has traditionally attracted newcomers from suburban Chicago and in March 2008 the demographers of the Wisconsin Department of Administration reported that Kenosha County's improvements in roads, business's need for personnel and quality-of-life factors have contributed to a decades-long influx of Illinois transplants. For 2006-2007, Kenosha County had a net gain of 424 new residents. Even though Kenosha County is in Wisconsin, it is considered a part of the U.S. Census Bureau's Chicago Metropolitan Area. Although commercial development has been greatly on the rise in the last decade, Kenosha County is very dependent on the major nearby economies of Chicago and Milwaukee. 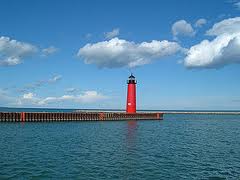