[send private message]
This page has been accessed 2,256 times.

The Kingsmill Name Study is also registered with the Guild of One Name Studies.

This is a One Name Study to collect together in one place everything about the surname KINGSMILL and its derivatives.

There are over 2000 Kingsmills in the study database, but only a few so far have been entered here on WikiTree.

In the 1500s there were well documented Kingsmill families in Hampshire, Kent and Sussex and in the early 1600s some had gone over to Ireland and at least one to America; later Kingsmills settled in these 2 countries and also in Canada and Australia.

There were Kingsmills in Hampshire, Berkshire and Wiltshire well before the 1500s but trying to work out how they were inter-related and how they link with later families can at times be highly speculative. The Kingsmills of Barkham and Basingstoke in the 15th century are a key family.

A Kingsmill name database was created in 2007 with the Kingsmill families of Kent but has expanded as the years have gone by and from 2014 became a World-wide one-name Study.

Trying to establish if all Kingsmill families are related to a common founder, or if there were different founders, has been the aim of the Kingsmill DNA Project. Y-DNA testing in 2008 revealed 2 lines which did not match for participants who on paper shared a common ancestor of John Kingsmill a miller of River near Dover in Kent who died in 1589 via sons Edman and Daniel. The fact that they do not match could be due to an adoption of a wife's young child from an earlier marriage somewhere down the line.

After testing all other known Kingsmill lines, by mid 2017 it was found that amazingly one of the 2 Kent lines (descended from son Edman) matches all other known Kingsmill families including those lines that went to Ireland from the Hampshire Kingsmills of the 15th and 16th Century and later migrated to the USA, Canada, Australia, South Africa and elsewhere. And all these matching lines also match a Kingsmill line that traces back to London in the 1700s and probably to Kent before. So it would appear that there was a sole Kingsmill ancestor living prior to 1500 who is the ancestor of all known Kingsmill blood line descendants of today.

The surname Kingsmore and a Kingsman family of Scotland

DNA matching and research has also shown that the surname KINGSMORE is intrinsically linked to the Kingsmill families of Kent and Northern Ireland. Kingsmore was first seen as an alias for Kingsmill in Kent in the mid 1700s then later as a name change in Northern Ireland in the 1860s from Kingsmill. Y-DNA testing had already matched a Kingsman family, which was a name change by Robert Kingsmill who moved from Ireland to Dundee in Scotland and who was one of the sons of William Kingsmill (1786-1868) of the North of Ireland. Autosomal DNA matching is providing more pieces to this jigsaw puzzle and further Y-DNA testing is in progress.

Four unique Kingsmill blood lines going back to the 1500s have been identified for all the Kingsmills living today and DNA testing has shown that they are related. There are also Kingsmills who adopted the name through inheritance, and/or marriage and inheritance of the Kingsmill Sydmonton Estate. All these respective lines are as follows:

Descendants "possibly" of Sir Richard Kingsmill (died 1511) of Basingstoke, Hampshire via the Irish Kilkenny "Parr Kingsmill" descendants of his possible 2x g.grandson Sir Francis Kingsmill (1569-1620). One descendant has Y-DNA tested. ("Possibly" is used as basic DNA testing suggests this line may instead be descended from the one below and not from Sir Richard"; more in depth testing is required to see what it might reveal).

Descendants of the Reverend Anthony Kingsmill (died 1616) of Milton-next-Sittingbourne, Kent via his Irish 2or3x g.grandson Henry Kingsmill of Queen's County who married Mary Flood in 1727. Three Kingsmills who on paper belong to this line have Y-DNA tested and match each other and,very closely, the Parr Kingsmill descendant. This line also appears to be the one for the Irish Kingsmores (2 participants have Y-DNA tested) and the Kingsman Scottish line (1 Y-DNA participant).

Descendants of John Kingsmill (died 1590) a miller of River near Dover in Kent who was granted the mill there by Queen Elizabeth in 1584, via his sons Edman and Daniel. We have Y-DNA results for Kingsmills who on paperwork are descendants of John via each of these sons but they do not match. But one matches the Kingsman and 2 Kingsmores who have Kingsmill ancestors in Northern Ireland and they all match the Kingsmills from the Queen's County and Parr Kingsmill lines.

A descendant of a Kingsmill family living in London in the 1800s is a Y-DNA match to the other lines. His family appears to go back to the common ancestor via the Kingsmills who lived in and around Goudhurst in Kent in the 16 and 1700s.

Heirs to the Kingsmill Sydmonton Estate who adopted the surname Kingsmill 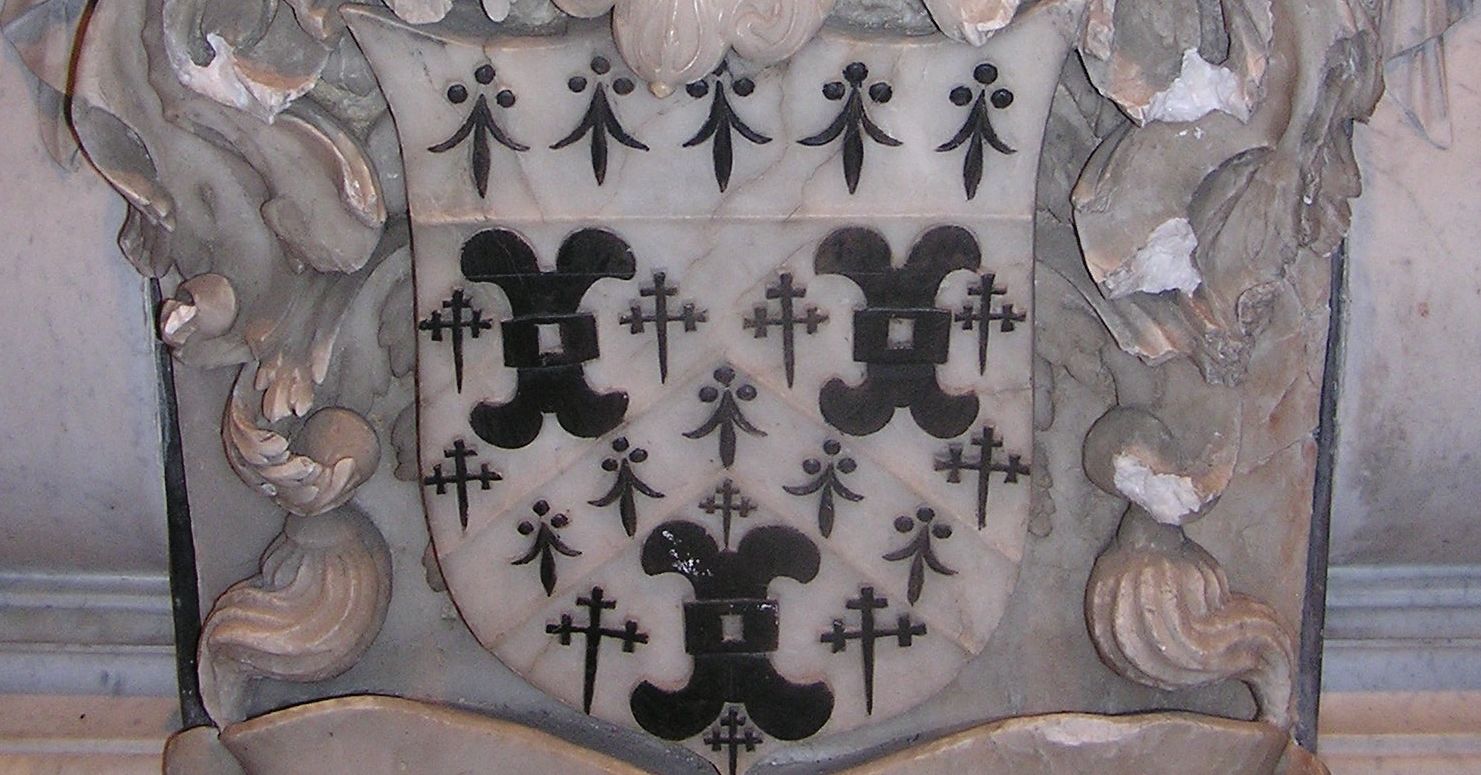 Monument of Richard Kingsmill of Highclere 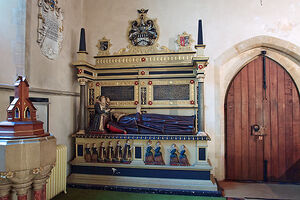 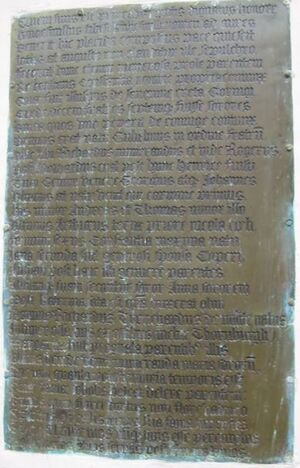 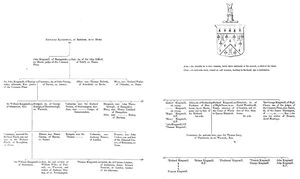