[send private message]
This page has been accessed 1,619 times.

The first residents of the land contained within what is now known as Kitsap County were called the Suquamish who spoke Salish. They were peaceful and got along well with new settlers to the area, but they all had to protect themselves against the raids from the northern Indian tribes of Vancouver Island. The Haidas and Cowichans would attack the Salish tribes for slaves.

1792: Capt. George Vancouver mapped the Puget Sound area and named many of its features including Port Orchard, Port Gamble, Hood Canal and Restoration Point
1825: Suquamish Chief Kitsap defeated the Haidas at Dungeness Spit
1841: U. S. Navy Lieutenant Charles Wilkes and the U. S. Exploring Expedition performed a detailed survey and named Bainbridge Island, Port Blakeley, Port Madison and Agate Point
1850: New settlers came to the Kitsap Peninsula in response to the great demand for lumber. The Mosquito Fleet of steamers serviced Puget Sound communities and tied Kitsap County to the rest of the state
1853: President Millard Fillmore established Washington Territory. George Meigs bought J. J. Felt's mill at Apple Tree Cove and moved it to Port Madison. Maine native W. C. Talbot founded a mill and community at the mouth of Port Gamble Bay, originally named Teekaleet, later called Port Gamble. It would become the oldest continuously operating sawmill in the United States, closing after 142 years in 1994. It is now a Historic Site
1854: Philadelphia sea captain William Renton, moved his mill from Alki Point across the sound to Port Orchard. The mill employed six white men and five Indians
1855: Washington Territorial Governor, Isaac Stevens, persuaded the tribes to sign the Point No Point and Point Elliott treaties in which they ceded their lands to the United States in exchange for reservations, fishing and hunting rights. The Suquamish, Duwamish of Seattle and Skekomish (Muckleshoot) were given the 7811 acre Port Madison Reservation
1856: Haida raiders from Vancouver Island attacked residents at Port Gamble Bay but were driven off by the sailors and marines of the USS Massachusetts. The following year, they murdered settler Isaac Ebey on Whidbey Island
Jan. 16, 1857: Slaughter County was created by Washington Territory from King County, named after Lt. William Alloway Slaughter, who had been killed in 1855 in the Yakima War. Port Madison was the county seat
Jul. 13, 1857: Renamed Kitsap County in honor of Chief Kitsap, leader of the Suquamish tribe, the county seat is Port Orchard
1861:Port Madison citizens formed the 70-man Port Madison Union Guards to aid Lincoln in the Civil War but the unit never saw service outside the territory
1862: William Renton sold the Port Orchard mill and built the Port Blakely Mill Co. on Blakely Harbor in 1864
1886: The U. S. government gave acreage to individual tribal members, many who sold their allotments to non-Indians which meant more than half the reservation passed out of Indian hands
1888: The mill at Port Blakely had a serious fire
Nov. 11, 1889: Kitsap County was continued as a Washington county when the state of Washington was admitted to the Union.
1891: The U. S. Navy established the Puget Sound Navy Yard at Bremerton
1892: The mill at Port Madison closed and the town became a ghost town
1893: The county seat was moved from Port Madison to Sidney, later renamed Port Orchard
1897: The U. S. Army built Port Flagler on Marrowstone Island and at Fort Ward, Middle Point, which became Manchester
1901: Bremerton elected its first mayor, Master Electrician Al Croston, who was employed at the shipyard
1907 The mill at Port Blakely had another serious fire. They rebuilt but eventually closed for good in 1923. Port Blakely became a virtual ghost town
1914: A torpedo testing station was established at Keyport
1938: The Klallam received their own reservation called the Port Gamble Reservation, located in north Kitsap; a refueling station was established at Manchester
1942: The U. S. government ordered all persons of Japanese descent, including American citizens, to be removed from the west coast, including 278 residents of Bainbridge Island, who were the first to be moved.
1977: A nuclear submarine base was established at Bangor on the Hood Canal

Colby– settled in 1884; a post office was established on November 13, 1884. This community still exists.

Eagle Harbor on Bainbridge Island– settled in the 1860s; a post office was established on June 19, 1884 but discontinued on June 22, 1886. This settlement no longer exists.

Kingston - settled in 1874 and had a post office immediately established. This small town still exists with a post office and has an active ferry dock.

Mitchell – had a post office established on January 25, 1886. This small community no longer exists.

Nibbeville – had a post office established February 25, 1885 but the community no longer exists.

Olalla – settled in 1881; a post office was established on October 30, 1884. This small rural community still exists.

Port Blakeley located on Bainbridge Island – settled in 1856; a post office was established on February 22, 1867. This settlement no longer exists.

Port Orchard – settled in 1850s; a post office was established on March 1, 1860. The town died out after Captain Renton’s mill burned down and the business was moved to Bainbridge Island. The community is now called Enetai, which means “crossing” or “across” in Chinook jargon.

Sackman – settled in 1880s; a post office was established on August 20, 1884. The small town is now called Tracyton and has a post office and a port commission.

Sidney – settled in 1886; a post office was established on November 3, 1886. This town is now called Port Orchard.

From the Library of Alison Andrus who will do lookups. 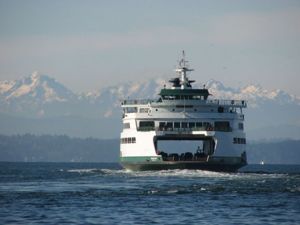 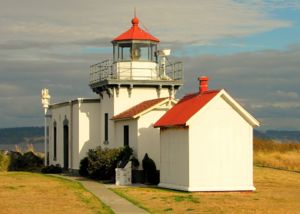 Orca in the Hood Canal 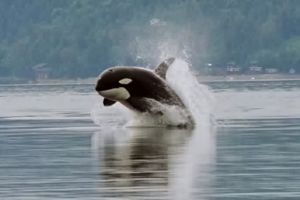 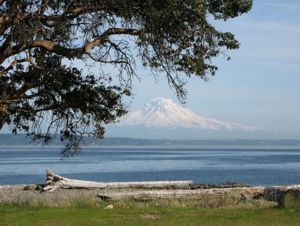 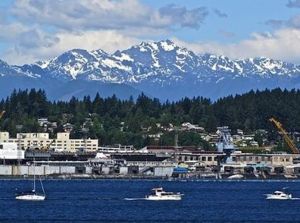