[send private message]
This page has been accessed 271 times.

In August 1774, colony of Kratzke was raded by the notorious rebel leader Pugachev and his followers. Gottlieb Beratz reports the following:

Soon after his arrival in the colony, Pugachev erected gallows and strung up four strangers thereon. “Thereupon these monsters,” reported the witness Dewald, “ransacked the few houses of our then still very small village, took what pleased them, struck old men and women, as well as children, with their whips and rods, but without killing anyone, and then camped near the village. Before dawn was visible on the horizon, a few houses in the village here and there began to burn. At the same time the whole pack of brigands with their leaders got up and left our village. As there was no wind that morning, the fire did not spread and even in the farmyards where it had broken out, much could still be saved. All the grain, hay,and straw on the threshing floors, however, fell prey to the flames. Also, everything that the robbers came across in the fields was completely destroyed. The livestock that they could catch also was partly butchered on the spot, partly driven away with them.”

Raids on Volga German villages were common, from Mongols and Pugachev's armies, and others, usually with much more damage and death. 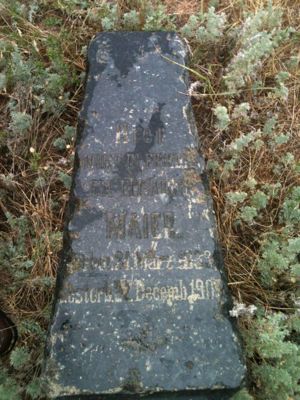