[send private message]
This page has been accessed 83 times.

The LaSalle Hotel was a 23-story luxury hotel constructed during 1908 and 1909 in Chicago, Illinois. The hotel was located at the intersection of La Salle and Madison Streets in the Chicago Loop section of town.

Details on the hotel's construction vary by source, so its construction costs are in the 2.5 to 6 million dollar range. It contained over 1000 rooms and was 22 or 23 stories tall.

The hotel had been first been owned by the Ernest J. Stevens family, a Chicago lawyer and hotelier (and father of Supreme Court associate justice John Paul Stevens). The family lost the property during the financial collapse of the Great Depression. It was later purchased by LaSalle-Madison company for $337,00 and back taxes of about $1 million dollars.

In 1940, the hotel was leased by The Roanoke Hotel Corporation, whose president was former Olympian and Chicago businessman Avery Brundage. [1][2] Roanoke purchased the hotel outright in 1942.[3] Mr. Brundage went on to become the President of the International Olympic Committee while he lived at the LaSalle.

The LaSalle Hotel was repaired, renovated, and reopened in June 1947 at a cost of 2 million dollars. Brundage sold the hotel circa 1970.

[4]According to a Chicago Tribune article of June 30, 1976, "Yesterday, at 3 p.m., the building sold and the hotel closed, history was all it had left."[5] The mayor announced that a 25-story luxury office tower would be constructed at the site of the former LaSalle Hotel in 1977. [6]

Profiles of persons associated with this fire are grouped in Lasalle Hotel Fire, Chicago, Illinois, 1946. 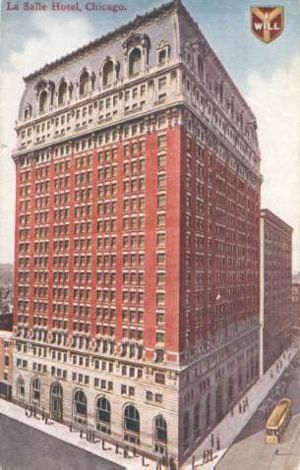 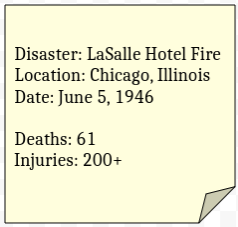 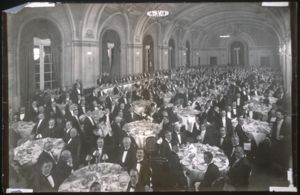