[send private message]
This page has been accessed 607 times.

This profile is part of the Landkreis Uelzen, Niedersachsen One Place Study.

This is a project for Landkreis Uelzen (or Ülzen/Ülz’n in Low German) located within the State of Lower Saxony, Germany (Bundesland Niedersachsen, Deutschland). The focus is currently on the modern structure of locations within the Landkreis (equivalent of a county) and the people that reside or resided within them. Additional work may be done to name these places as they existed in the deeper past.

Currently there are three members of this project:

Here are some of the tasks that we think need to be done. We'll be working on them, and could use your help.

Will you join us? Please post a comment here on this page, in G2G using the project tag, or send Steven a private message. Thanks!

Uelzen is a Landkreis (rural district or county)[1] located within Bundesland Niedersachsen (the state of Lower Saxony). Its shape is largely circular in nature, standing out amongst the various other odd shaped districts in Niedersachsen and surrounding states.

Around 1000, the region in which Landkreis Uelzen would sit was Billunger Lande within the Duchy of Saxony (Herzogtum Sachsen) of the Holy Roman Empire (Heiliges Römisches Reich, 800-1806). From 1235 to 1692, it was under Herzogtum Braunschweig-Lüneburg.

The unification of Germany commenced 1 Jan 1871 with the creation of Imperial State of Germany (German Empire, Deutsches Kaiserreich), which would remain in this state until the November Revolution of 1918.

Landkreis Uelzen was created on 1 Apr 1885 in the frame of creating Landkreise in the Prussian province of Hanover. The old Hannoveranian Ämter Hannover and Oldenstadt and the independent town Uelzen were put together to form the new Landkreis.[3] The administrative center was in Oldenstadt.

After World War I and the subsequent November Revolution which abdicated Kaiser Wilhelm II, Germany transitioned to a democratic parliamentary republic known as the Weimar Republic (Weimarer Republik). Landkreis Uelzen would be part of the Province of Hanover (Provinz Hannover), located within the Free State of Prussia.

In 1934, with the rise of the German Reich (Deutsches Reich), Landkreis Uelzen fell under Gau Eastern Hanover (Ost-Hannover) in a process of what was called Gleichschaltung. This would be dissolved with the destruction of the NSDAP in 1945.

On 23 Aug 1946, the short-lived State of Hanover was created from lands of the Province of Hanover within the Free State of Prussia.

On 8 Nov 1946, backdated to 1 Nov 1946, the state of Lower Saxony (Niedersachsen) was formed by the State Advisory Board of the British Zone of Occupation from a merger of the Free States of Brunswick, of Oldenburg and of Schaumburg-Lippe with the previously formed State of Hanover. Prussia was formally abolished on 25 Feb 1947 by decree of the Allied Control Council.

The political structure of Bundesland Niedersachsen (State of Lower Saxony) is as follows:

This is broken down even further below.

This list is not all inclusive and may never be completed.

The following list is sorted first by municipality and then chronologically.

Number of grave listings is as of 5 Feb 2021. Italicized names are maiden names. 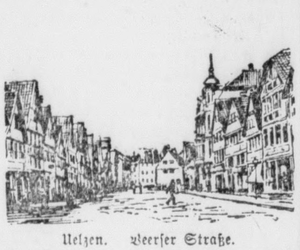 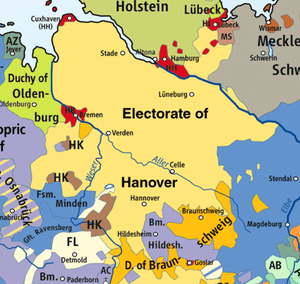 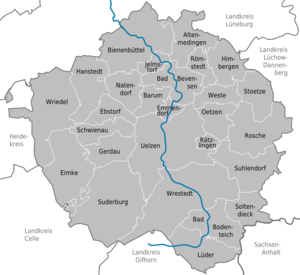