[send private message]
This page has been accessed 137 times.

This research area of the Lewis Name Study will focus on Lewis lines that descend from Y DNA Haplogroup I-L1272. This haplogroup is believed to be 3,000 to 4,000 years old.

As of March 2021, there are seven Y-DNA matching Lewis men who are believed to fall within this haplogroup - but only one has taken a Big Y test. A Big Y upgrade from at least one of the matching men should identify a new terminal haplogroup within genealogical time for the group.

Five of the seven men are members of the Lewis surname project at FTDNA. They are currently labeled as the I2#7.3 group in the public results list.

Once you have your profile and Lewis line entered on WikiTree, expand the information about yourself here:

Here are the known STR differences for five of the seven matching men. The final two are not members of the Lewis surname project at FTDNA, so their specific STR values aren't public.

STR labels shown in a maroon color are known to vary at a faster rate than other STRs. A difference (or same) value for these markers is less significant than in others.

The Genetic Distance (GD) chart at the right shows the distance from kit# 890923, however the GD between any two tests can be calculated by summing the number of value differences. All STRs not shown have identical values among the tested markers for the five men.

All the men share a common Lewis ancestor at some point in time, with some more closely related than others. The two Lewis men who've tested at 111 markers are distantly related. We don't have enough information about the Y-25 and Y-37 men to tell how closely they're related to the others.

A Big Y-700 test places someone on the haplotree of mankind. It shows the Y-DNA mutations that have been passed down to the individual across tens of thousands of years.

SNPs, also known as variants, are individual mutations at a distinct location on the Y-chromosome. Once a variant occurs, it is passed down to all male descendants. While variants happen randomly, on average we expect to see one variant about every 83 years. That average can vary widely, though, in the shorter term.

Two or more variants can occur at the same time between father and son. In general, though, they happen sequentially - and (with sufficient Big Y-700 testing) we can track their order over time.

It is often the case, though, that there isn't sufficient Big Y testing to understand the order in which a small group of variants occurred. Everyone tested so far either has inherited all of the variants - or none of them. I-L1272 is included in one such group of eight variants (known as equivalent variants) - as shown at the top of this Block Chart. Until someone new is tested who has inherited some, but not all, of the eight, we don't know which ones took place before any of the other ones.

According to the Block Tree, there are currently 11 tested men (right-most column) who share the 8 equivalent variants that make up the I-L1272 block, but don't share any variants after that. On average, they each have 32 private variants that took place after I-L1272 - private meaning that no one yet tested shares any of those private variants.

We can use that average 32 variants to (roughly) estimate how long ago the common paternal ancestor of those 11 men lived:

M Lewis, our only Big Y-tested family member, happens to have 34 private variants. This is slightly above average for I-L1272, but we won't change our time estimate from it.

Surname standardization is a fairly modern idea - but we know that all seven of these men share a common ancestor since the Lewis surname was adopted in our family.

Private variants are referred to by number - the location position on the Y chromosome where the variant occurred. However, once a second person is tested who shares the variant, it is "named." The name is made up with a testing lab vendor ID followed by a sequential identifier.

If a second Lewis takes a Big Y-700 test, they will probably share 26 to 30 of ML's current 34 private variants - all of which will then be named. The tested Lewis men will received a new terminal haplogroup (far more recent than I-L1272) based on the new named variants. We can use the remaining private variants to roughly estimate when the Lewis lines may have branched apart.

FamilyTreeDNA offers sales pricing several times a year. Their best pricing is usually the holiday sale in Nov/Dec. However, their other sales come close and are spread across the year. Sales usually provide discounts on all test levels and upgrades from one test level to another. It is always less expensive to buy a higher level test from the start than to buy a low-level test and upgrade later. However, many people prefer to buy tests in smaller bites (even if they cost more over time).

The regular price for a Big Y-700 test in the US is $449. Sale prices are usually $399, with holiday pricing $379. The shipping cost is $9.95, which includes pre-paid return shipping of the sample. There is no shipping charge for upgrades.

While there are a number of good articles that explain how to interpret Big Y-700 test results, try:

Lewis family members and WikiTree members will also be happy to assist. 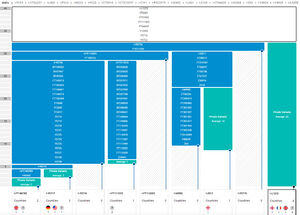