Lineage of John Putnam of Salem according to Margaret Vincent

[send private message]
This page has been accessed 228 times.

The goal of this project is to correct the lineage of Putnam-37, John Putnam of Salem.

Right now this project just has one member, me. I am Joseph Putnam.

These dates can be found in the tree on page 14 and 15 (images 25 and 26 of 529) of https://www.familysearch.org/library/books/records/item/362334-the-referenced-history-of-the-putnam-family-in-england-and-america

There are some dates listed in The Church and Manor of Puttenham Hertfordshire than in the book above.

Also according to Margaret Vincent John Puttenham of Eddlesborough is a decendant of Sir Roger de Puttenham son Robert but some genealogist believe he is decendant of Robert's brother Richard.

Here is a link above to what I can find on Norman Grahams work My proof im a decendant of minor noblity. I sent a new email to the college of arms.

A few months back I contacted the College about the Putnam/Puttenham family right to arms. I was pointed in the direction of Mr. Andrew Moriarty's work on my family. Upon further investigation I found a work that disproved The work of Mr Moriarty

http://sites.rootsweb.com/~kugerrand/ngraham.htm Here is the Work done by Mr. Graham. He also makes some references to the Work of Mr Moriarty. I have also found that the Work by M.C Vincent draws our lineage from Robert de Puttenham Esquire. Who married the heiress of the Warbleton family. She does say some students of the pedigree believe we are Decendants of Richard Puttenham. I believe this is an Error as the work of Mr. Graham disproves the line from Richard de Puttenham that Mr. Moriarty once laid out. 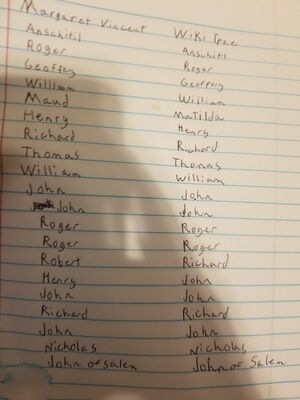 Lineage of John Putnam of Salem by Margret Vincent Image 2

Lineage of John Putnam of Salem by Margret Vincent Image 3 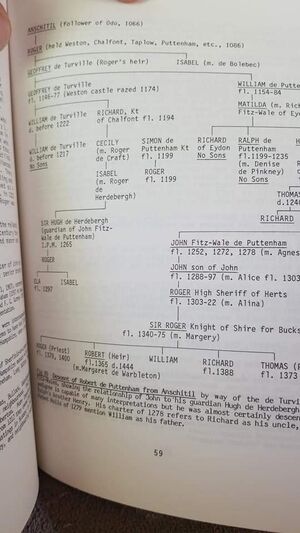 Lineage of John Putnam of Salem by Margret Vincent Image 4 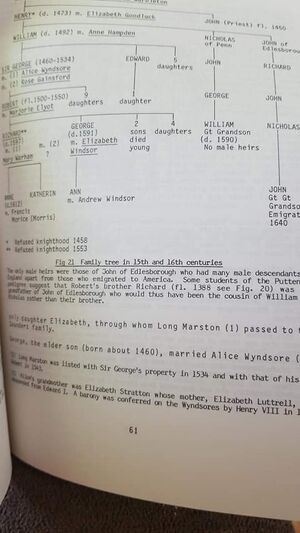 Lineage of John Putnam of Salem by Margret Vincent Image 5 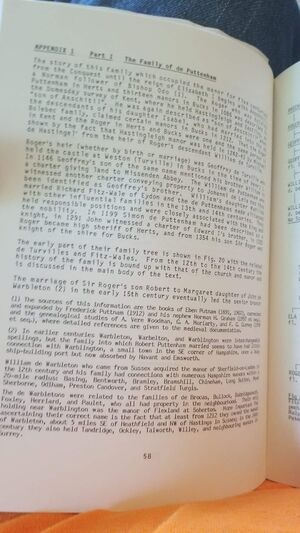 Joseph Putnam
From what I have read it seems like most genealogist are making educated guesses. What I find frustrating is the college of arms used to think Eben Putnam's work was correct and now they think Andrew Moriarty's work disproved that however Moriarty only seems to be guessing him self so to me that hardly disproves the lineage but Eben puts us in in Nicholas Puttenham of Penn lineage that would make the line through a different part of the family
posted May 28, 2020 by Joseph Putnam