[send private message]
This page has been accessed 490 times.

After the failure of the first Jacobite Uprising, King William offered amnesty as well as a share of £12,000 to any clans for swearing allegiance to the crown. There was also a threat of severe repercussions to any who failed to sign by January 1, 1692.

Because they were bound by an oath to King James, Clan chiefs first wrote to James asking permission to sign the oath. He sent his approval on December 12, however, the letter was kept by Glengarry, the MacDonald Chief until Dec. 23.

Alasdair (also known as MacIain) MacDonald of Glencoe arrived at Fort William on Dec. 30 to take the oath but the governor, Lieutenant Colonel John Hill was not authorized to receive it and sent him on to Inveraray with a letter saying he should be credited with taking the oath in time. This was a 60-mile trip and on the way, he was detained by Campbell soldiers for a day.

Maclain took the oath on Jan 8 and returned home.

In Edinburgh, Sir John Dalrymple, William’s secretary of state for Scotland with his legal team declined the late-delivered oath and issued an order under the king’s signature for military punishment of the MacDonalds.

In late January 1692, two companies of the Earl of Argyll Company of Foot arrived in Glencoe. The commander Robert Campbell of Glenlyon was uncle to a woman married to one of the MacDonalds. The MacDonalds, honoring Highland hospitality, hosted the company for more than a week.

On the evening of Feb 12, Campbell received the following orders from Robert Duncanson

You are hereby ordered to fall upon the rebels, the McDonalds of Glenco, and put all to the sword under seventy. You are to have a special care that the old Fox and his sons doe upon no account escape your hands, you are to secure all the avenues that no man escape. This you are to putt in execution at fyve of the clock precisely; and by that time, or very shortly after it, I'll strive to be att you with a stronger party: if I doe not come to you att fyve, you are not to tarry for me, but to fall on. This is by the Kings speciall command, for the good & safety of the Country, that these miscreants be cutt off root and branch. See that this be putt in execution without feud or favour, else you may expect to be dealt with as one not true to King nor Government, nor a man fitt to carry Commissione in the Kings service. Expecting you will not fail in the fulfilling hereof, as you love your selfe, I subscribe these with my hand att Balicholis Feb: 12, 1692 For their Majesties service To Capt. Robert Campbell of Glenlyon (signed) R. Duncanson

At 5 am the next morning Campbell carried out his orders. Most were still sleeping. 33 men, including Maclain MacDonald, 2 women, and 2 children were killed. Maclain's sons and several others escaped although many ended up dying of exposure in the middle of winter.

It is speculated many escaped because soldiers warned them and probably others refused to take part in such slaughter.

A copy of the orders was found and smuggled to France where it was published and distributed leading to outrage. Several inquiries were made but in the end, the only one held responsible was John Dalrymple, who was forced to resign.

Legend of Corrag “Witch” of Glencoe

There is a story of a woman, Corrag, who warned the MacDonalds that the soldiers would kill them but was not believed.

After the massacre she took Maclain’s broadsword and threw it in the sea saying:

“So long as this sword lays undisturbed by man, no man from this Glen will die by the sword again.”

From that day there no MacDonalds from Glencoe died in battle until 1916. A local dredger found the sword and brought it into a pub. Locals who knew the story were horrified and took the sword, throwing it back into the sea, but it as too late.

The next day, July 1916, seven men from the village of Glencoe died of the Battle of the Somme.[1] 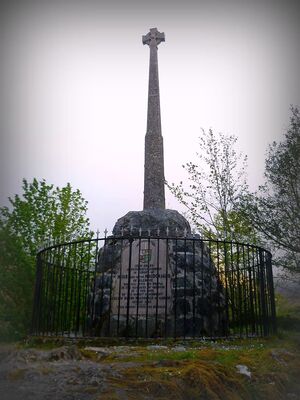 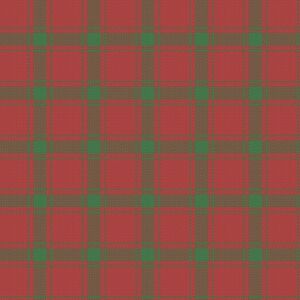