[send private message]
Last profile change on 14 May 2022
09:19: Maria Maxwell edited the Text on Maxwell Name Study. [Thank Maria for this]
This page has been accessed 8,312 times.

Hi everyone and welcome !!

Maxwell Name Study has changed over to the new format of multiple pages for your personal research, teams etc @ 2 Aug 2020. Would be great if you link any Maxwell research pages you have on WT below.

This is a One Name Study to collect together in one place everything about the surname Maxwell worldwide. The hope is that other researchers like your good self will join our study to help make it a valuable reference point for people studying lines that cross or intersect.

This profile is part of the Maxwell Name Study.

The project warmly welcomes new members as the number of Maxwell researchers on WikiTree is steadily growing. We have 208 Wikitreers following Maxwell at May 2022.

Good luck with your research - give me a shout if you think I could help !! Maria

I invite all WikiTree Maxwell researchers to join the study and add your research here.

Joe Maxwell was awarded the Victoria Cross for Australia in the Great War. More about him here: https://en.wikipedia.org/wiki/Joseph_Maxwell

With the New England Planters in 1762, William Maxwell was an early participant in establishing the Township of Sackville, Cumberland County, Nova Scotia, later Westmoreland County, New Brunswick, in 1762. In 1776, William sided with the Americans and was deported to Maine. However one son Gershom Maxwell and one daughter Pheobe Maxwell Wry stayed behind and their descendants are numerous in the area and around the world.

3 separate Maxwell families settled early in Charlotte County. These weren't the only Maxwell immigrants to the area. Between them, this is the largest concentration of Maxwells in New Brunswick.

Other immigrants to New Brunswick are gathered here: http://newirelandnb.ca/maxwell/

1650 - Alexander Maxie aged 17 at the time was removed from Scotland on the ship "Unity" with a group or prisoners from the Battle of Dunbar. It's likely that his name was Maxwell, but that he took the short form for his own. Several descendants switched back to Maxwell.

1711 - Dr. Anthony Maxwell of New Jersey. Lived at Pahaquarry, where he was part owner in the "Old Dutch Mines".

1730 - Hugh Maxwell immigrated from Tyrone, Ireland to Heath, MA. Although he died in 1759, several of his sons went on to distinguish themselves in the French Indian Wars and later the War of Independence. Descendants are numerous in the US and Canada.

1740- John Maxwell immigrated from County Down, Ireland to Philadelphia before moving on to Orange County, Virginia. He was active in the War of Independence as were several descendants.

1747- William Maxwell immigrated with parents from Ulster, Ireland to New Jersey. Became a General in Washington's Army. He never married and left no children.

1800s - John Maxwell born in Scotland, settled in Maine. Had at least 1 son and several descendants in the US and Canada.

Vice Admiral John Robert Maxwell, John Maxwell (-1791) British sailor and Governor of The Bahamas - He arrived to take up governorship of the Bahamas in 1780 and was there through the tumultuous times of the Spanish occupation of Nassau (1782), the restoration of the islands (1783) and then the onslaught of refugees from America.

This is a good article. Follow the link for more information. Page semi-protected 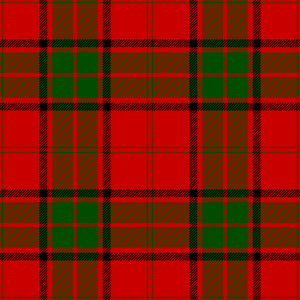 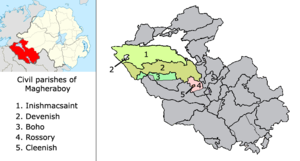 Kevin Ireland
Very impressive set up. It's giving me many ideas to improve my own studies. I'm recommending this to the ONS group as an example for others.
posted Oct 26, 2020 by Kevin Ireland

Steven Harris
Hi Kevin, this is the general format that is suggested and approved by the ONS Project. Maria has indeed done a great job setting this page up!
posted Oct 26, 2020 by Steven Harris

Laurie Lowman
Wow!! I am so impressed!! This profile is amazing.. great job!
posted May 26, 2020 by Laurie Lowman

Brian Lange
Maria, Is this strictly a Maxwell study, or are any of the Maxwell cepts appropriate to be included? Either way, I find this to be a very interesting subject.
posted Nov 10, 2017 by Brian Lange

Tanya Kasim
I have ancestors from Scotland whose last name is Maxwell. I also found out that one of Catharine Lowe's children - Mary G. Lowe- married Timothy Maloney, son of James Maloney and Margarette Neyland.
posted Nov 23, 2014 by Tanya Kasim