[send private message]
This page has been accessed 115 times.

Memorial Cemetery was founded by John Divine Jones in 1862. This cemetery replaced the original cemetery located above St. John's Episcopal Church in Cold Spring Harbor, Suffolk County, New York United States. The design was to emulate a park like setting for the internment of loved ones.

Founded the Memorial Cemetery in 1862. His estate is now the site of Cold Spring Harbor Laboratory. Many insurance companies would not insure the US Navy ships because they feared heavy losses. John Divine Jones then insured the USN ships during the Civil War.

2) Benjamin Moore (1886-1938) Sec. 3 Plot 13 Lawyer. Estate in East Norwich called Chelsea which was designed by Architect William Delano. Grandson of Clement Moore author of "Twas the night before Christmas". Descendent of Rev. Moore whose farm in Lower Manhattan, Chelsea is the namesake for the NYC district.

3) Henry Lewis Stimson (1867-1950) Sec. 3 Plot 14 Secretary of State under FDR. Last Secretary of War during World War II before it was changed to the Department of Defense.

4) Otto Hermann Kahn (1867-1934) Sec. 3 Plot 18 Banker and Philanthropist. When the Metropolitan Opera was going bankrupt, he set up a foundation that saved the opera house and to this day still funds the Met. Commissioned William Delano to build his residence Oheka Castle. Was considered the ablest reorganizer of railroads on the US.

7) Henry Wheeler de Forest (1855-1938) and Robert Weeks DeForest (1848-1931) Sec.1 Descendants of Isaac DeForest who worked for the West Indies Co. Had one of the first contracts for a house to be built in New Amsterdam. They hired the Olmsted Brothers to landscape 10 acres back to Memorial Cemetery.

9) William Samuel Paley (1901-1990) Sec.8 Plot 9 Chief Executive who built CBS from a small network into one of the leaders of radio and TV. Philanthropist.

16) Mary Huttleston (Rogers) Coe (1875-1924) Coe Mausoleum Her father, Henry Rogers operated the Wamsutta Oil Refinery. He then worked with Charles Pratt and developed a process for separating naptha from crude oil for which he received a patent. JD Rockefeller and Standard Oil acquired them. In 1913, she acquired the Planting Field property and began planting and landscaping the estate. She imported many species of trees shrubs and flowers. 1949 the 353-acre estate was deeded to the State of NY and became "Planting Fields Arboretum State Park".

17. Frank Piro (1921-1989) Sec. 8 Block D plot 78 Professional dancer and instructor to the "stars" and high society. Appeared on Johnny Carson, Merv Griffin and Mike Douglas shows where he would teach the Twist, Mambo, Cha Cha, Watsui, and the Frug with his GOGO girls.

18. Mary Gardiner Jones (1920-2009) plot Sec. 8 Block B Nationally recognized feminist and consumer advocate. Died in 12/23/09. Pres. Johnson appointed her to the Federal Trade Commission. She was a trustee of Wellesley college and Colgate U. Last 15 years, dedicated to aged, homeless and inner-city children mental health services and issues.

20. Walter Jennings (1858-1933) Sec. 1 Plot 20 Jennings was director of Standard Oil of New Jersey, serving as secretary from 1908 to 1911 and remaining a member of the board until his death. From 1908 to 1919, he served as president of the National Fuel Gas Company. He was also a director of the Bank of Manhattan and a trustee of the New York Trust Company. His father, Oliver Burr Jennings was an original stock holder in Standard Oil. 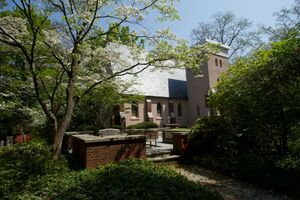 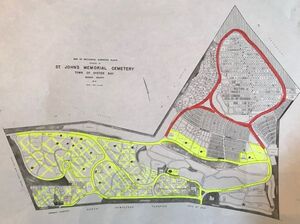