Mississippi in The Great War

[send private message]
This page has been accessed 398 times.

Mississippi in The Great War

Jan. 31, 1917 Germany, in its final effort to win the war against the Allied Powers, announced publicly it was resuming unrestricted warfare. (the U-boats. United States broke off diplomatic relations with Germany. However soon a German U-boat sank the American liner," Housatonic". A British steamer was able to rescue the 25 Americans on board!

This led states on the coast of the United States to start worrying a U boat might attack their ships or even fishing boats. Shortly 4 more Merchant marine vessels were sunk.

Feb. 24, 1917, the release of a disturbing the “Zimmermann Note,” a coded telegram from German Foreign Secretary Arthur Zimmermann to Count Johann von Bernstorff, German ambassador to Mexico. This was deciphered which stated Mexico should be requested to enter the war as one of Germany's allies. In return, Germany planned to return Mexico's lost territories of Texas, New Mexico, Arizona to Mexico. When this was published, America was ready for war against Germany.

Almost eight thousand Mississippians deserted by either not showing up for induction into the military or by going absent without leave. The state's 12 percent desertion rate was comparable to such states as Massachusetts and California.

Occasionally, overt armed resistance developed. In the spring of 1918, army troops were sent into Neshoba, Lauderdale, and Tippah counties to round up armed bands of deserters in the countryside who were hiding out and receiving support from family members and friends. Most of the deserters surrendered peacefully, but an exchange of gunfire resulted in two deaths in Tippah County.

The state of Mississippi's two U.S. senators took diametrically opposed positions towards the declaration of war. The senior senator, John Sharp Williams, fully supported President Wilson's call to arms. James Kimble Vardaman, however, not only voted against the declaration of war, but he resisted the administration's call for selective conscription and went on to oppose other measures that the Wilson administration deemed essential for the war effort.

Williams's response to President Wilson's call for a declaration of war, like that of many upper-income southerners, drew upon the Lost Cause mythology of the American Civil War. On the floor of the Senate, he insisted that American manhood and honor required the United States to fight to defend its interests against the continuing German transgressions of neutral rights. He suggested that opponents of the war were guilty of treason and declared that it was better to die with honor than live as a coward. While too old himself to fight, Williams later expressed pride in the fact that three of his four sons volunteered for military service. Across Mississippi, the overwhelming majority of newspapers backed the president and praised Williams's leadership.

Meanwhile, Williams's junior colleague and bitter political rival, Senator James K. Vardaman, cast one of only six Senate votes against the declaration of war. Rather than glorifying the Lost Cause, Vardaman and his predominantly rural constituents recalled the horrors of the Civil War, characterizing it as a “rich man's war and a poor man's fight” in which the latter had suffered the heaviest losses. Vardaman suggested that, once again, the United States was being drawn into war by privileged economic interests, such as bankers and munitions makers. He argued that most ordinary Americans had no desire to join the European conflagration, and suggested that “the great toiling masses of America” who would pay the heaviest price in lives and treasure ought to have a voice in any decision for war. While recognizing that he held a minority view, he argued that his conscience required him to oppose the declaration of war. His words were of no avail. The Senate voted for war on April 4, 1917.

One of sixteen U.S. Army National Guard Mobilization and Training Camps established in 1917 to train and integrate National Guard units for service in a U.S. Army division. Camp Shelby was established in July 1917 under the supervision of construction quartermaster Major W. J. Howard. The camp was to have a capacity of about 36,000 officers and enlisted men that would become the 38th U.S. Infantry Division. The camp was completed about November 1917 with an eventual cost of $ 5,900,000. During the World War I build up the post grew to 1,206 buildings and hosted a tent city designed for 36,000 troops. after the war all the buildings were demolished but four.

The first commander of the camp was Major General William H. Sage (Cullum 2952) who organized the 38th U.S. Infantry Division on 25 Aug 1917 and initiated troop training. The 38th departed for France in Oct 1918 and upon arrival it was skeletonized with troops used as replacements in other units. The 38th returned to the U.S. in December 1919 and was demobilized.

At the end of the war the camp became a demobilization center and was closed. In 1934 the post reverted to the State of Mississippi for use as a National Guard training post.

Payne Field is a former World War I military airfield, located 4.3 miles (6.9 km) north-northeast of West Point, Mississippi. It operated as a training field for the Air Service, United States Army between 1918 until 1920. Payne Field was named in memory of Captain Dewitt Payne.

The commander of Payne Field was Lt. Col. Jack W. Heard. Heard was a career army officer, a West Point graduate (class of 1910), and the son of Medal of Honor John W. Heard, a native of Woodstock, Mississippi. After graduation from West Point, Heard was assigned to the 7th Cavalry (George Custer’s old regiment) and was sent to the Philippines. It was here that Heard first became interested in the new phenomenon of flying, and after several applications for transfer he was finally approved for the Aviation Section of the Signal Corps and earned his pilot’s certificate. Quickly rising in the ranks of the Air Corps, he went on to command three training bases during the First World War: Kelly Field in Texas, Scott Field in Illinois, and Payne Field.

The airfield was one of thirty-two Air Service training camps established in 1917 after the United States entry into World War I. It was the first airport constructed in Mississippi.

The first units stationed at Payne arrived in April, 1918, being transferred from Kelly and Ellington Fields, Texas. However, only a few U.S. Army Air Service aircraft arrived with the squadrons. Most of the Curtiss JN-4 Jennys to be used for flight training were shipped in wooden crates by railcar.

Payne Field served as a base for flight training for the United States Army Air Service. In 1918, flight training occurred in two phases: primary and advanced. Primary training took eight weeks and consisted of pilots learning basic flight skills under dual and solo instruction with a student capacity of 300. After completion of their primary training, flight cadets were then transferred to another base for advanced training.

In all some 1,500 pilots trained at the field during its operation. Accidents were frequent and in the first four months of operation there were four fatal plane crashes. Airplane crashes, however, were not the primary health concern. In June 1918, the Surgeon General of the Public Health Service stated that Payne Field; "was located in one of the worst malaria belts of the United States." Physicians there reported that 20 percent of their practice consisted of malaria cases.

With the end of World War I, in December 1919 Payne Field was deactivated as an active duty airfield 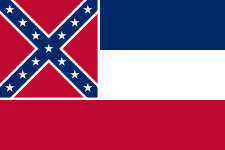 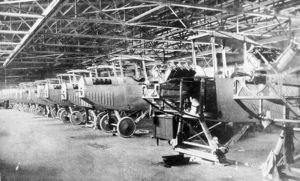 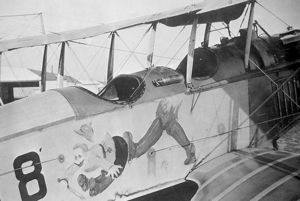 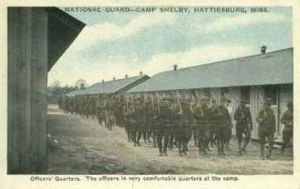 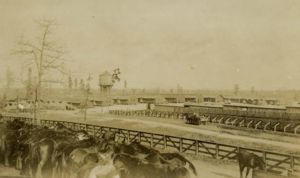