This Name is also registered with the Guild of One Name Studies.

The MURCH Name Study project serves as a collaborative platform to collect information on the MURCH name. The hope is that other researchers like you will join the study to help make it a valuable reference point for other genealogists who are researching or have an interest in the MURCH name.

As a One Name Study, this project is not limited to persons who are related biologically. Individual team studies can be used to branch out the research into specific methods and areas of interest, such as geographically (England MURCHes), by time period (18th Century MURCHes), or by topic (MURCH DNA, MURCH Occupations, MURCH Statistics). These studies may also include a number of family branches which have no immediate link with each other. Some researchers may even be motivated to go beyond the profile identification and research stage to compile fully sourced, single-family histories of some of the families they discover through this name study project.

To join the MURCH Name Study, first start out by browsing our current teams and research pages to see if there is a specific study ongoing that fits your interests. If so, feel free to add your name to the Membership list below, post an introduction comment on the specific team/research page, and then dive right in!

If a team or research page does not yet exist for your particular area of interest, please contact the Name Study Coordinator: Ros Haywood for assistance.

So, would you like to have the category link on your MURCH profiles? It is [[Category:Murch_Name_Study]]
Or perhaps you would prefer the sticker?

This profile is part of the Murch Name Study.

To show you are a member of the MURCH Name Study, use this:

Origin of the Murch Surname

The English of the pre 8th century A.D. were very fond of endearment nicknames, which developed into medieval surnames. These included examples such as Dear and Darling, Little and Mann. Curiously, 'Murch' translates as 'Little man' being originally recorded in the form of 'Morch' - see below. Quite why Morch or Murch did not achieve the same popularity as the other names is unclear, but what is certain is that, whilst rare, it has been around for a very long time. It has also been suggested that 'Murch' is a medieval theatrical surname, possibly given to an actor who played a specific part in the travelling theatres of the 14th century, but this is not proven. The name also appears in Scotland under the patronymic form 'Murchison', however the origins are not connected. Muchison is an anglicised spelling of the ancient Gaelic 'Mhurchaidh' meaning 'Sea Warrior' and is merely a sounds-like version of 'Murch'. Examples of the surname recording include Edward Murch, a witness at St Dunstans in the East, Stepney, on March 15th 1628, and John Murch, who married Martha Triggs at St Katherines by the Tower, London, on June 23rd 1717. The first recorded spelling of the family name is shown to be that of Geoffrey Morch, which was dated 1327, in the Subsidy Rolls of Suffolk, during the reign of King Edward III, known as 'The father of the English Navy' 1327-1377. Surnames became necessary when governments introduced personal taxation. In England this was known as Poll Tax. Throughout the centuries, surnames in every country have continued to "develop" often leading to astonishing variants of the original spelling. 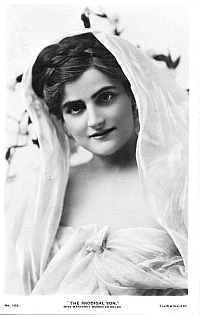 Ros Haywood
Good to hear from you! I chose to study MURCH because it was my 2 x ggrandmother's maiden name, and her line of silkweavers and lacemakers (and nonconformists) fascinated me. A WikiTree One Name Study exists to help others researching a specific name to collaborate, share resources, maybe even break down a brickwall or two!
posted Dec 20, 2015 by Ros Haywood
Amy Murch
I was wondering why you would like all the additions just with the name Murch. :) Happy to help! Couldn't believe none of them were on there, but that goes for pretty much all of my lines going all the way back to the 1700's. Can't believe no one's put any of them in yet.
posted Dec 20, 2015 by Amy Murch