Names of Confederates Buried in Mass Grave Found in 1987

[send private message]
This page has been accessed 1,493 times.
This page is part of the US Civil War Project
Mortalities found in mass grave at scene of Battle of Glorieta Pass in 1987

This free space page will list the [1]Confederate dead that were in the mass grave that was found in 1987 outside Santa Fe, New Mexico at the site of the Battle of Glorieta Pass.

In 1987 Kip Siler was using a backhoe to dig the foundation to a home he was building at a Civil War battle site when he unearthed two skulls and stopped digging. Moving to another place several yards away he found more skulls, causing him to notify authorities.

A team of anthropologists from the University of New Mexico uncovered 32 skeletons buried in a mass grave. The director of the Museum of New Mexico, Tom Livesay, identified the remains as those of casualties of the Battle of Glorieta Pass, which took place March 28, 1862. The Museum of New Mexico put together a list of the men known to have been killed at that battle. The list was based on Confederate muster rolls and other sources.

The table below (constructed by Terry Wright, Wright-7062) lists the name and rank, age, regiment, county where they mustered and any notes provided.

View all contributions by D. Smith 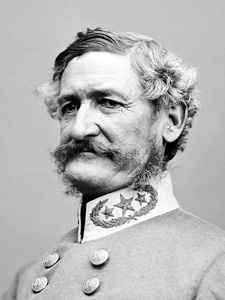 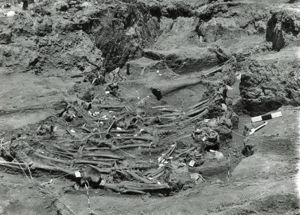 Paula J
This is a wonderful project!! Could we link it to the Civil War project, please? That way others would be more likely to fine it!
posted Jun 01, 2016 by Paula J