From The History of the Haggard Family [1]

In the year 1788 Nathaniel Haggard, with his family, removed to Clark county, Kentucky, and settled between Winchester and Boonsborough, then a wilderness. He bought a ﬁne tract of land two miles south of Winchester, which he improved and on which he and his wife, Elizabeth, lived the remainder of their days in the enjoyment of the society of their children who had settled near them... On this tract of land he built a house of hewn cherry logs with port -holes for defense in case of an attack from the Indians. They were numerous and troublesome at that time. This house is still standing on the land, which has been in possession of the male members of the family from pioneer days to the present time.

Featured on the cover of Kentucky Ancestors[2]

The Nathaniel Haggard house (on Howard's Creek) is about 3 miles south of Winchester, Clark County, Kentucky, on the east side of Boonesboro Road and about 3/4 mile from the road. The original room (with stone chimney) built of hewn cherry and ash logs- prior to 1800 - is still standing in good repair. More rooms have been added to this old log house as well as a porch. The family graveyard is north west of the house. At one time the individual graves had been marked by field or creek stones but in the 1950's these stones were found piled up together.

Nathaniel Haggard Jr. (abt.1776-abt.1858)- inherited the plantation at the death of his father.

1810 Census- One enslaved person was enumerated on the Nathaniel Haggard Plantation in the 1810 census. No name, gender, or age was recorded.[5]

1830 Census- One enslaved person was enumerated on the Nathaniel Haggard Plantation in the 1830 census. No name was recorded, only gender and age range.[6]

1840 Census- Five enslaved persons were enumerated on the Nathaniel Haggard Plantation in in the 1840 census. No names were recorded, only genders and age ranges.[7]

1850 Census- Twelve enslaved persons were enumerated on the Nathaniel Haggard Plantation in the 1850 census. No names were recorded, only genders and ages.[9]

Click here to see more photos of the Nathaniel Haggard House. Taken by William A. Fitzgerald in 1949.

Click here to see the location of house on map 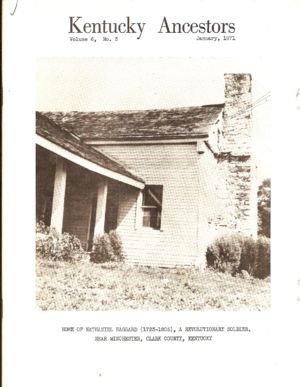 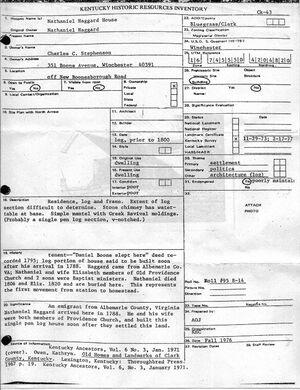 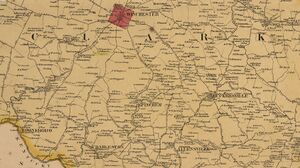