New Mexico in The Great War

[send private message]
This page has been accessed 300 times.

New Mexico in The Great War

The first commander of the Camp was Major General Augustus P. Blocksom (Cullum 2662) who formed the 34th U.S. Infantry Division and oversaw the training the troops. The 34th began arriving at Camp Cody in August 1917 and departed for France in October 1918. The 34th returned from Europe and was demobilized starting in December 1918.

At the end of the war the camp became a demobilization center until it was abandoned in 1920 except for the hospital which became a Public Health Service Hospital for veterans until 1922. The Sisters of the Holy Cross of Notre Dame took over the hospital and reopened it as a Tuberculosis sanitarium for the order and the public on 12 May 1923 and operated it until it burned down in 1938.

The First Infantry Regiment, New Mexico National Guard (NMNG), was mobilized for World War I on 24 April 1917. In October 1917 the regiment was ordered to Camp Kearny, California where it joined the balance of the 40th Division composed of National Guard troops from California, Arizona, Colorado and Utah. Elements of the regiment where then reorganized into the 143d Machine Gun Battalion formed from its First and Second Battalions and the144th Machine Gun Battalion comprised of its Third Battalion and the Machine Gun Company plus the 115th Train Headquarters and Military Police Battalion that was composed of the Regimental Headquarters, Headquarters and Supply Companies. However, once the 40th Division reached its final destination at La Guerche, France the entire division was transformed into a depot division responsible primarily for training men as replacements for active divisions, which it performed with discipline and efficiency. Detachments of the division also guarded prisoners of war and provided ambulance, then known as sanitation, services.

"A" Battery of the First Artillery, NMNG was assigned to 146th Field Artillery Regiment, 66th Artillery Brigade, 41st Infantry Division. Sent to the front in July 1918 to help stop a German drive that had crossed the Marne River within 50 miles of Paris, France, the battery remained on the firing line at Chateau-Thierry, St. Mihiel, and in the Argonne with their French made mobile 155-mm guns until the Armistice, 11 November 1918.

During the peace that followed New Mexico's National Guard was reorganized in 1921 into the 111th Cavalry Regiment, the 120th Engineers, and Battery A, 158th Field Artillery. Resources 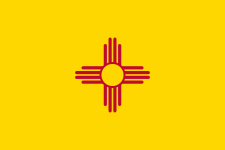 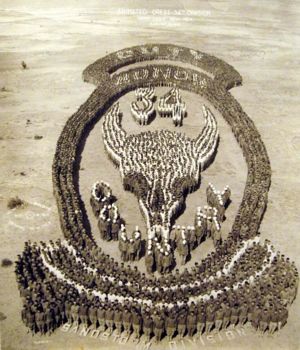