[send private message]
This page has been accessed 1,739 times.

EVOLUTION of parts of the New Spain region that became part of USA.

New Spain (Nueva Espana region ) evolved from colonization to colonies, territories before each became states.. After 1776 colonies out west in TEXAS, NEW MEXICO, ARIZONA, NEVADA, UTAH, COLORADO were just beginning and were considered New Spain or Territories of Mexico until EACH became STATES

La Louisiane was named for King Louis XIV of France, then became a colony of the Kingdom of France in 1682 and passed to the Spain in 1763. Rebellion of 1768 was an unsuccessful attempt by Creole and German settlers around New Orleans to stop the handover of the French Louisiana Territory, as had been stipulated in the Treaty of Fontainebleau, to the Spain in 1768.
It became part of the United States following the Louisiana Purchase of 1803. See French Louisiana. Louisiana

The present day States of the United States of America (listed below) were derived from parts of the Nueva España ( New Spain) prior to 1821 from México colonies and later Territories before they became States within the United States.

1533: Smallpox epidemic
1535: New Spain was established as a Vice Royalty, Virreinato de Nueva España (referred to as Nueva España)]] - oversaw the northern half of the global Spanish empire in North America and the Philippine Islands.

1680: El Paso is established in the future Texas, For a while it was part of New Mexico.
1618:Measles epidemic

1848: Mexican-American War: resulted in Mexico losing most of its territory/colonies in the United States as we know it to be today.

1568-1587 Spain established missions in what is now the Southern United States between 1568 and 1587, Such as Georgia, [South Carolina, Florida . It began to call this area New Spain or Nueva Espana The Portuguese explorer, Juan Rodríguez Cabrillo, navigated the California coast on behalf of Spain. Silver was discovered 1547 in Zacatecas. Hoping to find the same amounts of riches in present-day New Mexico, they sent a party to establish a mission, establishing the pueblo of San Juan 1595 on the Rio Grande River, located in the present day U.S. state of New Mexico. NOTE: the Native American Pueblo Indians did not appreciate the Spanish interference. In 1610, Pedro de Peralta, a governor of the Province of New Mexico, established the Santa Fe settlement near the southern Sangre de Cristo Mountains. 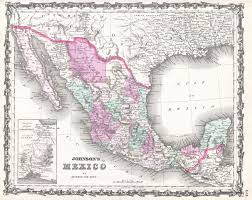 In 1829, slavery was officially outlawed in Mexico. Stephen Fuller Austin feared that the edict would cause widespread discontent and tried to suppress publication of it. Rumors of the new law quickly spread throughout the area and the colonists seemed on the brink of revolt. The governor of Coahuila y Tejas, Jose Maria Viesca, wrote to the president to explain the importance of slavery to the Texas economy, and the importance of the Texas economy to the development of the state. Texas was temporarily exempted from the rule. On April 6, 1830, Mexican president Anastasio Bustamante ordered Texas to comply with the emancipation proclamation or face military intervention. To circumvent the law, many Anglo colonists converted their slaves into indentured servants for life. Others simply called their slaves, indentured servants without legally changing their status. 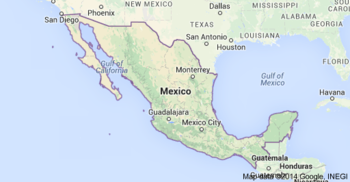 Slaveholders wishing to enter New Spain Mexico would force their slaves to sign contracts claiming that the slaves owed money and would work to pay the debt. The low wages the slave would receive made repayment impossible, and the debt would be inherited, even though no slave would receive wages until age eighteen. This tactic was outlawed by an 1832 law which prohibited worker contracts from lasting more than ten years. A small number of slaves were imported illegally from the West Indies or Africa. In the 1830s, the British consul estimated approximately 500 slaves had been illegally imported into Texas. By 1836, there were approximately 5,000 slaves in Texas. - Excerpt: Wikipedia: Mexican Texas#Rising tensions

Conflicts Within the Viceroyalty of New Spain

Descendants of Conquistadors and first Spanish Settlers of New Spain The Bexar Archives are the official Spanish documents that preserve the political, military, economic, and social life of the Spanish province of Texas and the Mexican state of Coahuila. Both in their volume and breadth of subject matter, the Bexar Archives are one of the most important sources for the history of Hispanic Texas up to 1836

UT Arlington Library's Special Collections has built a diverse research collection and collects materials in virtually all formats and makes them available to researchers.

CLICK HERE TO SEE EVOLUTION OF MEXICO AND COLONIES

Migrating From the Other Colonies

In 1501 the Encomienda System began granting Native Americans to Spanish encomenderos as slaves.

The Spaniards are tasked with protecting the natives and teaching them Christianity. Colonization Timeline

Mesoamerica brought under Spanish control led to unprecedented complexity and wealth, giving both opportunities and threats to the Crown of Castile. Conquistadores such as Hernán Cortés became autonomous. The Spanish Crown incorporated The Americas into the Spain by using the Viceroyalty institution and Audiencias. There were two Vice Royalties until the 18th century - Nueva España and Peru. Real Audiencia on Wikipedia In 1535, King Charles V named Don Antonio de Mendoza as the first Viceroy of New Spain with a capital in Mexico City.

Spanish conquest of the Inca Empire in 1532 opened South America to further conquests.
Cortés's The Night of Tears (La Noche Triste) of June 30, 1520: nearly 800 of Cortés's men were killed as his army of Spanish conquistadores and allies fought their way out of the capital at Tenochtitlan following the death of the Aztec King Moctezuma II.

1496: Santo Domingo, on the island of Hispaniola, established by Diego Columbus, brother of Christopher Columbus
1501-1542: Encomienda (en-koh-mee-en-duh) System: The encomienda system begins, granting Spanish soldiers or colonists tracts of land or a village (or villages) together with its Indigenous inhabitants. The Spaniards are tasked with protecting the natives and teaching them Christianity. The system is rife with abuses[1]
The Encomienda System youtube video (10 minutes)

1510:Vasco Núñez de Balboa establishes Santa María la Antigua del Darién in Colombia
1511: Geronimo de Aguilar, Gonzalo Guerrero, and others were shipwrecked and captured by the local Indigenous people. Gonzalo assimilated into Mayan culture and married a Mayan Princess and they were the parents of at least three (sons?) children. These children were the first known "mestizos". [2]
1513: Vasco Nunez de Balboa makes his expedition to the Pacific from Santa María la Antigua del Darién. Also present day Florida is claimed for Spain.
1515: Havana is established, Cuba and the other Caribbean islands are under Spanish control.

1541 Campeche, Mexico (on the Yucatán Peninsula) founded as a small port
1542 Spain outlaws slavery of Indigenous Peoples in its lands (exceptions: people of African linneage)
1543 - Juan Rodríguez Cabrillo (Portuguese): (João Rodrigues Cabrilho) - first European explorer navigated and explored the West coast of North America on behalf of Spain.
1545-1548: Cocoliztli epidemic killed an estimated 5 to 15 million people, or up to 80% of the native population.
1546: Typhus epidemic
1547: Discovery of silver in Zacatecas
1558:Smallpox epidemic and Influenza\epidemic
1576-1578: Cocoliztli epidemic killed an estimated, additional 2 to 2.5 million people 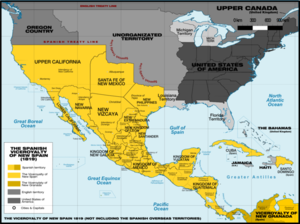 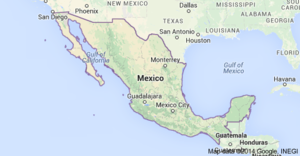 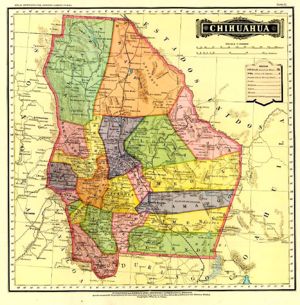 Huastec and Mogollan Categories are removed.. Let me know if I should remove the others ?

Natalie (Durbin) Trott
Please edit the link for Campeche to [Category:Campeche, México]] instead. Thanks,

Mary Richardson
Natalie help I edited the Campeche to  :1541 Campeche, Mexico (on the Yucatán Peninsula) founded as a small port

Please remove links to Category:Huastec as this category for a pre-Columbian people is unlikely to be used and is being retired. Thanks!

If you need a project association, consider Mexico and/or United States?

posted on US Southern Colonies Spanish Nueva España (merged) May 30, 2020 by Jillaine Smith

Mary Richardson
Hello Managers and trusted, I have removed you all, and merged this page to remove the US Southern Colonies from its title.

Now I have added you back.

Ellen Smith
I just now noticed that you have added this project to the Project: United States page as a new component project of United States. I believe we will need to have a discussion of the name, purpose and scope of this free-space project, and how it relates to Project: Mexico and the other component sub-projects of the United States Project (such as Project: California, Project:Arizona, Project: Texas, etc.).
posted Jun 05, 2020 by Ellen Smith

Mary Richardson
This is the connecting page to US Southern Colonies, British.

Please leave the links to connect to US Southern Colonies

Paula J
Thanks for all the work you do! Now that we have redefined your boundaries, let me know how I can help you with any changes needed to your page.

Kitty (Cooper) Smith
This a great sub project and long overdue. Thank you for bring this to WikiTree. Is St. Augustine included in New Spain? If not, maybe you could call it New Spain and the Spanish Empire to include Florida. http://en.m.wikipedia.org/wiki/St._Augustine,_Florida
posted on US Southern Colonies Spanish Nueva España (merged) Aug 28, 2014 by Kitty (Cooper) Smith
[Living Lockhart]
Okay, you all are listed. If you need any additional free space pages set, you can either hit the edit tab to see how I set up Texas, or let one of us know, and we'll be happy to do so! Thanks!

Please note that the topics/sub categories here are just a sample, change, delete add as you see fit/need. Thanks for volunteering! It's much appreciated! Nae