[send private message]
This page has been accessed 1,185 times.

This page is for members of the New Zealand Project to keep track of their research interests.

See the badge report for the full list of current participants. If you are not currently a member of the New Zealand Project and would like to become one, please see our project page !!

Members, beside your name below, please keep track of what you're currently working on for this project. This is both for your own reference, and to aid collaboration among the project participants. 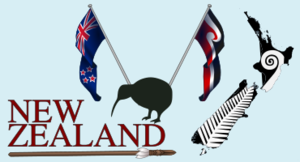 Leave a message for others who see this profile.
There are no comments yet.
Login to post a comment.
Ben Molesworth
I don't have a connection to New Zealand, but am helping someone with a name project, Molesworth's in New Zealand. I have put New Zealand stickers on each person born in New Zealand. Now because the profiles are built based on the New Zealand BDM Index, they don't have specific locations given. So I have put the stickers as {New Zealand Sticker}, which leaves out details of location. A couple of days ago, someone has gone through and added |Undefined place}, which makes the stickers look unfinished and silly, in my opinion. Is this a policy of the New Zealand Project, or is would it be fair enough for me to change it back. I would think by not including |Undefined place}, then by definition, the place hasn't been defined, and it just looks neater that 'such and such is from New Zealand. I am asking, because I'm not creating these profiles for myself, the Molesworth's in New Zealand project could be looked after by the New Zealand project if you wish, but once I've finished going through each Molesworth on the list. Thank you., Ben.
posted May 27, 2020 by Ben Molesworth
Ben Molesworth
Could someone please respond on this point. I'm going to go and return the stickers back to {New Zealand Sticker}, because I don't have locations.
posted Jun 02, 2020 by Ben Molesworth
Ben Molesworth
I've gone back and undone the changes. The Undefined place looks messy.
posted Jun 08, 2020 by Ben Molesworth
Tony Robinson
A New Zealander now living in Australia, but with a heritage that combines, Maori, French and Convict. Maori/French comes from the Bidois/Borell linage in Tauranga, which merged with my Convict heritage when my grandfather settled in Waihi. Both maternal and paternal sides of my family have made a mark in NZ's history.
posted Mar 29, 2019 by Tony Robinson

Lin (Barwell) Starke
I am a 5th generation New Zealander and am currently adding additional forebears located in England to my Wikitree. I have 3,200 named and sourced so far and aim to complete in the next few months. I have written histories of members of the Barwell/Barrick (Dad's side) family, and the Mitcham/Harrison (Mum's side) family, and will add text on individual's along with photos later in the year. I will continue to watch this site and once my work is all loaded onto Wiki along with my photos will be able to help others.
posted Mar 27, 2019 by Lin (Barwell) Starke

Michelle Erskine
I have just become an NZ Project member. How do I add my interest under my name please?
posted Dec 09, 2017 by Michelle Erskine
Brigitte Theuma
Please add me to your project, I am managing profiles for my New Zealand family, and would like to keep them in line with your project and expectations.

Steph (Obrien) Meredith
Please can i become a member of the New Zealand Project. My 12th cousin was born in Masterton and also got relatives in Taranaki, New Plymouth and there maybe other places as well