[send private message]
This page has been accessed 785 times.

The Newfoundland Project is working to collect resources, write histories, and improve profiles for Newfoundland. Whatever your interests, there are things to work on. We'd love to have you.

This article is a work in progress. Anything you can add to it is appreciated.

The Beothuk were an indigenous people, inhabiting Newfoundland. Genetic tests show they were not very closely related to subsequent inhabitants of Newfoundland. They were all, probably, wiped out by 1829[1].

The Beothuk lands were succeeded by Nouvelle France in 1534[2].

From 1610 to 1728, proprietary governors were appointed to establish colonial settlements on the island, as England tried to create North American footholds. John Guy was governor of the first settlement at Cuper's Cove. Other settlements were Bristol's Hope, Renews, New Cambriol, South Falkland and Avalon, which was organized as a province in 1623. The first governor given jurisdiction over all of Newfoundland was Sir David Kirke in 1638. 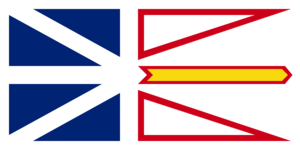 Leave a message for others who see this profile.
There are no comments yet.
Login to post a comment.
Susan Alexander
I'm having a heck of a time trying to find information on my Newfoundland ancestors.

My 2+g-grandmother, Margerette McManus and her parents, Hugh McManus & Catherine "Kitty" Shea, were shipwrecked off St. Johns, Newfoundland in 1847. One of their rescuers was James Morris, son of John & Mary Morris (possiblty Morrissey), who later married Margerette. They emigrated to the U. S. in 1872. I could use any suggestions that anyone can give me. about finding records for them in Newfoundland. Thank you, Susan Alexander