[send private message]
This page has been accessed 1,816 times.

Projenitors and their Monaro DNA Descendants

There is a good history of the first McDonalds to settle Nimmitabel on the Monaro at Monaro Pioneers .Many of these Monaro settlers initially worked for the Campbell's at Duntroon. Robert Campbell 1769-1846 A similar migration of Moidart McDonalds to Saint John's, now Prince Edward Island occurred several generations earlier under the leadership of John, 8th of Glenaladale. Descendants of both groups still share DNA.

They are descended from the following lines in the Highlands, mapped at

maryjean to descendant of:

Migrants to Australia named in Alexander Mackenzie :: History of the Macdonalds and Lords of the Isles; with genealogies of the principal families of the name : 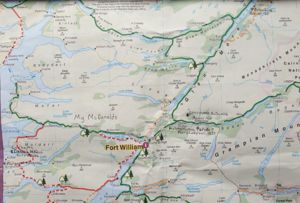 Pat McCallum
Nice. I have been casually trying to detail the passengers on the Midlothian 1837. My forebears Malcolm and Margaret McLean and children included. Australia Project has created a Ship category for them and I have been adding this to profiles. I have Duncan and Catherine and Roderick, Samuel and Catherine. The passenger lists suggest a Mary who I haven't id'd a profile for yet and an unmarried Anne McDonald aged 21 at the time apparently traveling with them. It would salve my OCD to clarify both.

Elsie Gorman
Hi Peter Mary aged 2 is listed under Catherine and looks like she is her daughter. I don't know about Anne, have you looked for a passenger card giving her parents?
posted Sep 23, 2020 by Elsie Gorman