[send private message]
This page has been accessed 2,726 times.

Interesting write-up here of the mother colony of Norka. Norka is the Russian word for "mink". This is one of the few colonies that had a Russian name from the beginning. Norka was named after the river along which it is located. The Norka River starts 2 to 3 kilometers west of the colony. The land surrounding the river was covered by tall grasses, shrubs and scattered forest areas.

"Norka is one of the 104 original colonies ("Mother Colonies") established on the Volga and was organized directly by the Russian government (a "Crown Colony") in contrast to those colonies settled by private recruiters.

After more than a year of travel from their homelands, the first colonists arrived at the banks of the Norka River on Wednesday, August 15, 1767. This group contained the majority of the first settlers. In remaining days of August and the month of September, more immigrant families continued to settle in Norka. Four more groups arrived on August 18th, August 26th, September 2nd and September 22nd. Igor Pleve's book, Einwanderung in das Wolgagebiet 1764-1767, Band 3, lists the so called "first settlers" in Norka colony. This census list shows that there were 218 families comprised of 753 people living in the colony at the end of September 1767. By 1769, there were 772 people in Norka.

The colonists were primarily of the Reformed faith, although a small group of Lutherans and two Catholic families were also listed in the 1767 census. The majority of the colonists had origins in the county of Isenburg or the duchy of Hessen. Igor Pleve states that Norka is a rare example of a colony where the majority of the colonists came from the same region or county in the German speaking lands of Western Europe. Pleve believes this cohesiveness allowed colonies like Norka to more quickly establish sustainable economic activity.

Since Norka was a Crown Colony, it is possible that some log houses called Kron Häuser, or Crown Houses, had already been built by the government when the colonists arrived. The number of houses may have been inadequate to shelter all the colonists in the first winter. Some family stories tell of their ancestors building huts that were partially underground, known as Zemlyanka, in order to live through the first winters until more housing could be built.

In the years after its founding, August 15th was commemorated as a public holiday in the colony known as Herkommsttag (Founders Day).

The colonists originally named their new settlement Weigand(t). This name was given in honor of the first Vorsteher (leader), Johann Conrad Weigandt. While traveling from to the lower Volga, each group of colonists was headed by a Vorsteher and this persons name was often preserved when the colony was founded. In this case, "the colony of Vorsteher Weigand".

Weigandt, a stocking maker from Isenburg, is shown as the Vorsteher in the Kuhlberg lists for the group of colonists who arrived in Oranienbaum, Russia on August 9, 1766 aboard a pink named Slon (the Russian word for Elephant). Several families in this group traveled together to the lower Volga region to establish the colony of Norka.

According to Peter Sinner, on February 26, 1768, the government issued a command that all of the German colonies be given a Russian name. With the exception of 8 colonies of the original 104, the colonists continued to use the German place names. The colony of Weigand was one of the exceptions and it is likely that from this early stage of settlement, "Norka" became the accepted name."

Most settlers of Norka originally came from Isenburg, Hesse, in Germany, so if your ancestors lived in Norka and you wanted to find their original homes in Germany, you would start with Isenburg.

FIRST SETTLERS LIST - HEADS of FAMILIES:
- 218 founding families comprised the population of 753 colonists in 1767
Based on the 1767 census of Norka, a majority of the 218 families were of the Reformed faith; 16 families (7 percent) identified themselves as Lutherans; 6 families (3 percent) as Roman Catholics. 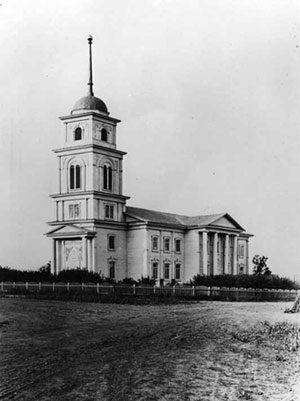 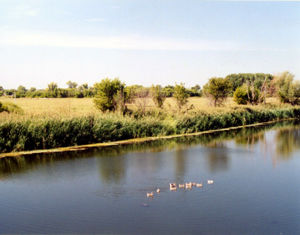 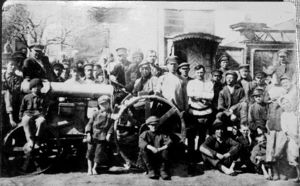 Painting of Norka by Michael Boss 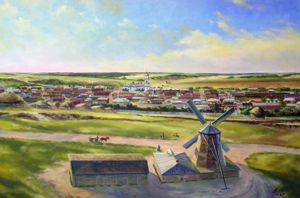 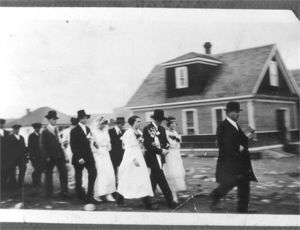 Leave a message for others who see this profile.
There are no comments yet.
Login to post a comment.
Lana (X) H
Thank you, Jackie for finding this site for Norka.