Ottoman Empire in the Great War

[send private message]
This page has been accessed 1,099 times.

Ottoman Empire in the Great War

In 1914, The Ottomon Empire was very close to a collapse. It had lost land, and territory to European countries. Mehmed V was Sultan of the Ottoman Empire during World War I. He declared war on the Allies in 1914. He died just before the end of the war in 1918. Tsar Nicholas II ordered the Russian army to invade Germany before Germany took them by surprise. Minister of war of Ottoman Empire, Enver Pasha started his army moving although they were still neutral.

Enver had entered into a secret treaty with the German ambassador. It was arranged that the Ottoman Empire was supposed to enter the war on the side of Central Powers the following day after Germany declared war against Russia. (it called for each other's aid if Russia attacked) Ottoman Empire was supposed to declare war the following day which it did. The Prime Minister Sait Halim, felt they should remain neutral, thus was upset Enver had side stepped him by signing the secret treaty. Enver also had support of Cemal Pasha, (head of the Navy) Sait Halim was over the paramilitary ( 40,000 force similar to French gendarmes). this empire included Turkey Syria, Arabia.

Another factor involved warships being built in Britain for the Ottoman Empire. Yet when they went to collect the ships after sea trials, they learned Churchill had confiscated them for the War and Britain did not offer compensation.

Third: the Ottoman empire is close to the Suez canal, which was the shortest route for Britain to its colonies, India, Far Eastern colonies and Australia.

genocide was carried out during and after World War I and implemented in two phases: the wholesale killing of the able-bodied male population through massacre and subjection of army conscripts to forced labour, followed by the deportation of women, children, the elderly and infirm on death marches leading to the Syrian desert.

The Ottoman Empire contributed to this.

He sent the captured British Gen. Charles Townshend to seek armistice from the Allies.

The Ottoman Empire called for a military jihad against France, Russia and Great Britain in November 1914 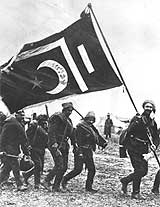 Ottoman authorities announce the declaration of war against France, Britain and Russia 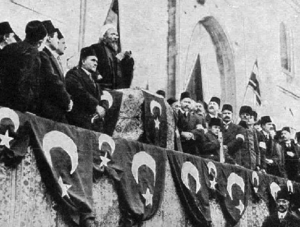 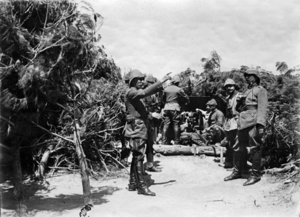 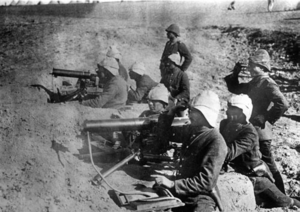 Alison Andrus
I learned so much from the information you have here. Great job!
posted Dec 13, 2015 by Alison Andrus

Terry Wright
Great page Mary I will add all the great links you found to the resource page
posted Dec 13, 2015 by Terry Wright