[send private message]
This page has been accessed 683 times.

Parmer County is a county located in the southwestern Texas Panhandle on the high plains of the Llano Estacado in the U.S. state of Texas. The county seat is Farwell. The county was created in 1876 and later organized in 1907. It is named in honor of Martin Parmer, a signer of the Texas Declaration of Independence and early judge. Parmer County is one of 10 prohibition, or entirely dry, counties in the state of Texas[2]

1700 Kiowas and comanches pushed out the Apaches who had been there prior to thisoccupied the Panhandle-Plains until they were pushed out around 1700 by the Kiowas and Comanches.

1787 -José Mares expedition from Santa Fe to San Antonio crossed the northeastern corner of the county.[3]

1874-75 Native Americans who ruled the Texas High Plains between 1700 and the end of the Red River War in 1874. After their defeat and removal to Indian Territory, the Parmer County region was opened for white settlement.[3]
1876 Parmer County was established by the Texas legislature from lands formerly assigned to the Bexar District. [3]
Prior 1882 no settlement here[3]

1913 the Pecos and Northern Texas Railway built a branch line from Farwell to Lubbock to complement its earlier line to Amarillo. [3]
1917 A permanent courthouse was erected in 1917. [2]

1920 there were 212 farms and ranches in the county; about 15,000 acres was planted in sorghum that year, along with 1,300 acres of corn and 5,370 acres of wheat. Population of the county rose to(1,555 by 1910) and to (1,699 in 1920)
Mid 1920's there were utilities and water, by 1930. population of 1,250. [2]
early 1920s State Road 9now U.S. Hwy 60) linked Farwell to Amarillo via Bovina, Frinona, hereford, and Canyon. It was a crude graded road and one similar to a track (later U.S. Highway 84) tied Farwell to Lubbock via Muleshoe and Littlefield.
1930s Again the town voted to incorporate, there was a volunteer fire department. The primitive dirt- surfaced farm and ranch roads eventually were paved.Roads these routes were paved, and the primitive system grew to include dirt-surfaced farm and ranch roads. County growth continued through the Great Depression.[3] [2]

1950- population of 1,250, the town voted once again to incorporate and established a mayor-commission government organized.

1960's development of a large cattle feedlot industry in the county contributed to the county's growth
1963 - the last 39 acres of XIT Ranch land in Farwell sold.[2]

Land for a NEW Capitol!

When reading of Charles Goodnight, the Chisolm Trail or Richard King's ranch, one thinks of cattle and land of the 1800's. The Texas legislature thought of what they could do with all of its land. Here were the descendants of theTexas settlers who fought for the independence wondering just how they could pay all of its bills. The Republic of Texas had no money, but had previously rewarded the fallen heroes with land bounties. Still no money coming in. By 1875 Texas needed a new capitol building, but it was short on cash as it had been for 40 years.. Why not do a GREAT BARTER? Wikipedia:XIT Ranch , XIT Museum History , Texas online, XIT Ranch

These new legislators set aside a large amount of its lands to use for the capitol. By 1891 a fire destroyed the existing capital. Time for action. There was an investment syndicate, two brothers from Parmer county. An agreement was reached between the Chicago-based investment syndicate to back the brothers for and survey prior to fencing the XIT Ranch. Wikipedia:XIT Ranch , XIT Museum History , Texas online, XIT Ranch ,

Of this Elijah Wood began building a new capitol building in Austin. The COLLABORATION became one of the grand legends of the state’s cattle heritage.

XIT Ranch and the State Capitol

In 1875, it was proposed that the great state of Texas needed a new capitol building. Short on cash, the state legislature instead set aside 3,050,000 acres in the Panhandle as payment. An investment syndicate from Chicago, with the backing of wealthy and titled British investors, accepted the proposal in 1882 and began surveying the lands of present-day Dallam, Hartley, Oldham, Deaf Smith, Parmer, Castro, Bailey, Lamb, Cochran, and Hockley counties. The land was good for raising cattle, and by 1885, barbed wire fenced the acres known as the XIT Ranch and the first 2,500 head of longhorn cattle arrived in Dallam County. Wikipedia:XIT Ranch, XIT Museum History, Texas online, XIT Ranch

The ranch eventually sold for $5 to $20/acre

Of Note: Texas Escapes gives more information The XIT was established at a time when traditional ranches preferred the old open-range concept with huge pastures and little fencing. However the XIT divided the vast 3,050,000 acres into seven divisions under the supervision of range and wagon bosses. 6,000 miles of barbed wire were used to fence the outside boundaries and divisions. The drilling of windmills where needed made the division of the dry ranges possible.

Many ranches depended on borrowed money, were not organized, suffered with the droughts,Most ranches of the time were poorly organized, usually depending on borrowed money for operation. Many were rich in good times and broke during the bad. The XIT brought proven business methods, planning know-how and exact bookkeeping, all of which were backed up by millions of dollars available for operating expenses. Most ranches used overworked average cowboys to do all work..

The XIT "Poor Farm" as the cowboys called it, located some seven miles southwest of Channing, was actually a ranch-operated experimental farm using good equipment, experienced farmers and the latest in Department of Agriculture advice. Their records became proof to the new settlers that the land was good farmland and was capable of raising any number of dry-land grains along with the regular mix of livestock. These early experiments set the stage for today's "bread-basket-of-the-world" farming expertise famous throughout the Great Plains.

The XIT was the end of the old traditional Western ranch.

THE BRAND The most accepted version of how the XIT Ranch got its name is that cowboy Abner P. Blocker, who drove those first longhorn herds to the ranch, created “XIT” as a brand that cattle rustlers couldn’t alter easily. Other theories are that the name stood for the “ten in Texas” (counties) that made up the ranch.

At its peak, the XIT ranch had 1,000 horses, 6,000 miles of barbed wire fence, over 100,000 head of cattle, and 150 cowboys. Some were African American, hispanic vaqueros, and white cowboys who repaired the fences, installed new ones, branded cattle, and moved herds to new sources of water.AT night they patrolled the fence lines watching for wolves and two legged (cattle rustlers).

Farwell, the county seat of Parmer County sits at a crossroads of US Hwy 60 and 84, on the New Mexico state line. This town is located where Pecos Valley and Northern Texas Railroad enter New Mexico. The lumber company of 1904 was owned by R H Kemp. Farwell is named for Charles B and John V Farwell, heads of Capital Syndicate. Farwell was the headquarters for the representative James D Hamlin and land commissioner, FW Wiley.Buildings were warehouse, grocery store, brick stores , offices of Hamlin Brick, and Farwell Inn (3 story hotel.as well as a Congregational church which also served as the town's public school. This is located at the junction of U.S. highways 60 and 84, on the New Mexico state line where the Pecos Valley RR and Northern Texas Railway entered New Mexico, on land originally part of the XIT Ranch. Lumber company was nearby.

The site, named for the brothers Charles B. and John V. Farwell, heads of Capitol Syndicate, was headquarters for the company's resident representative, James D. Hamlin, and its land commissioner, F. W. Wilsey. Soon a large brick warehouse for R. C. Hopping and the Robertson brothers, who operated a grocery store in Texico; a group of brick stores and offices known as the "Hamlin Brick"; and later the Farwell Inn, a three-story brick hotel, Congregational church built in 1907 doubled as a public school and a post office and First National Bank..

When Parmer County was organized, Farwell became county seat. The Santa Fe Railroad established a freight depot, warehouse, and coalyard on the Texas side. By 1910 publication of the State Line Tribune was begun and with 800 citizens.. Farwell was disincorporated and the bank closed in 1910 when city funds became badly depleted. The bank was rechartered in 1912 as the Texas State Bank of Farwell.

Parmer County has an interesting history of courthouses.

First Courthouse one story wood frame courthouse was built at Parmerton Hill which was equidistant between Bovina and Friona then was moved to Friona. [4]

Second County Courthouse 1916, A permanent courthouse was erected in 1916-17. standing today in Farwell is the second one and dates from 1916. It is Texas Renaissance style, built of Brick. [4]

Parmerton: a town was given a name with the arrival of the Pecos Valley and Northern Texas Railroad in 1898. Originally known by the railroad’s designation of Parmer Switch, both town and county were named after Martin Parmer who was one of the signers of the Texas Declaration of Independence.

It consisted of 200 acres of land that had belonged to the XIT Ranch were surveyed and a one story wood frame courthouse was built at Parmerton Hill which was equidistant between Bovina and Friona. A post office opened in September of 1907 but closed eleven months later. Parmerton became Parmer County seat in May of 1907, but it wasn’t a popular decision. On December 10, 1907 a second election was held declaring Farwell the new seat of government. Parmerton didn’t have time to develop a town center, so there was little to move to Farwell save the residents.

Today only the historical marker and a railroad switch mark the town that never got a proper start.

Carved from a portion of the famous XIT Ranch in 1907, Parmer County encompasses 882 square miles bordering New Mexico in the south-central Texas panhandle. [3]

Agricultural industries drive an economy [3]
Unemployment is less than 3%, and the cost of living is 18% below the national average.[3]
Location on the High Plains of Texas[3]
Latitude/Longitude: 34°33' north latitude and 102°47' west longitude. [3]
Farwell, the county seat, is on the Texas-New Mexico border,15 miles SW of the center of the county and 85 miles SW of Amarillo. [3]
Soil-- sandy, clay, and loam soils.[3]
grasses-trees- native grasses, mostly cultivated and produces abundant corn, sugar beets, and potatoes, as well as sorghums, cotton, wheat, hay, and soybeans. [3]
Elevation ranges from 3,800 to 4,202 feet above sea level.[3]
Creeks NW to SE by Running Water Draw, an intermittent but flood-prone creek. Lesser dry arroyos, such as Catfish Draw and Frio Draw.[3]
Rainfall averages 17.50 inches per year. [3]
Temperature 21° F in January, and maximum is 92° F in July. [3]
Growing season averages 183 days per year.[3]

North Central Plains is bounded by the Caprock Escarpment in the Panhandle. The Caprock is higher in elevation than the rest of the North Central Plains. A noted fact of one who has lived there,- over the ages the creeks and rivers run-off of water wears the region down to the river. This is known as the Breaks. The Handbook of Texas defines the southern border of Swisher County to be the southern boundary of the Texas Panhandle region.

According to the Panhandle Regional Planning Commission, the following counties constitute the Texas Panhandle:

Parmer County supported the Democratic candidates in virtually every presidential election between 1908 and 1956; the only exceptions occurred in 1928, when they supported Herbert Hoover over Al Smith, and in 1952, when they supported Dwight D. Eisenhower over Adlai Stevenson. In elections from 1960 through 2004, however, Parmer County's voters almost always backed Republican candidates. The only exceptions occurred in 1964, when Lyndon B. Johnson took the county, and in 1976, when the county's voters supported Jimmy Carter.[2]

Bexar Land district and a portion of XIT RANCH

No Cemetery Categories for this county are on WikiTree 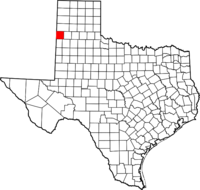 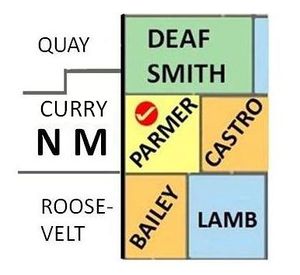 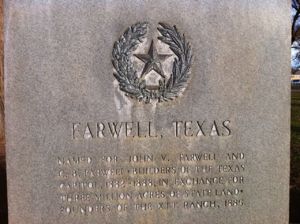 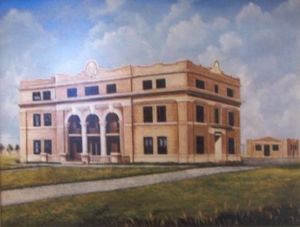 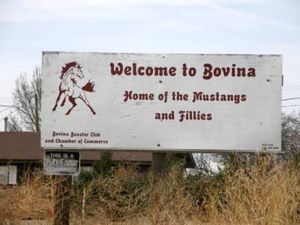