[send private message]
This page has been accessed 2,733 times.

Edwin Salter's A History of Monmouth and Ocean Counties says this:

I Richard Nicolls Esq., Governor under his Royal Highness the Duke of York of all his Territories in America send greeting. "Whereas there is a certain tract or parcel of land within this government, lying and being near Sandy Point, upon the Main; which said parcel of land hath been with my consent and approbation bought by some of the inhabitants of Gravesend upon Long Island of the Sachems (chief proprietors thereof) who before me have acknowledged to have received satisfaction for the same, to the end that the said land may be planted, manured and inhabited, and for divers other good causes and considerations.

I have thought fit to give, confirm, and grant, and by these presents do give confirm and grant unto WILLIAM GOULDING, SAMUEL SPICER, RICHARD GIBBONS, RICHARD STOUT, JAMES GROVER, JOHN BOWNE, JOHN TILTON, NATHANIEL SYLVESTER, WILLIAM REAPE, WALTER CLARKE, NICHOLAS DAVIS, OBADIAH HOLMES, patentees, and their associates, their heirs, successors, and assigns, all that tract and part of the main land, beginning at a certain place commonly called or known by the name of Sandy Point and so running along the bay West North West, till it comes to the mough of the Raritan River, from thence going along the said river to the westernmost part of the certain marsh land which divides the river into two parts, and from that part to run in a direct south-west line into the woods twelve miles, and thence to turn away south-east and by south, until it falls into the main ocean; together with all lands, soils, rivers, creeeks, harbors, mines, minerals (Royal mines excepted,) quarries, woods, meadows, pastures, marshes, waters, lakes, fishings, hawkings, huntings and fowling, and all other profits, commodities and hereditaments to the said lands and premises belonging and appertaining, with their and every of their appurtenances and of every part and parcel thereof, TO HAVE AND TO HOLD all and singular the said lands, hereditaments and premises with their and every of their appurtenances hereby given and granted, or herein before mentioned to be given and granted to the only proper use and behoof of the said patentees and their associates, their heirs, successors and assigns forever, upon such terms and conditions as hereafter are expressed, that is to say, that the said patentees and their associates, their heirs or assigns shall within the space of three years, beginning from the day of the date hereof, manure and plant the aforesaid land and premises and settle there one hundred families at the least; in consideration whereof I do promise and grant that the said patentees and their associates, their heirs, successors and assigns, shall enjoy the said land and premises, with their appurtenances for the term of seven years next to come after the date of these presents, free from payment of any rents, customs, excise, tax or levy whatsoever.

But after the expiration of the said term of seven years, the persons who shall be in possession thereof, shall pay after the same rate which others within this his Royal Highness' territories shall be obliged unto. And the said patentees and their associates, their heirs, successors and assigns, shall have free leave and liberty to erect and build their towns and villages in such places as they in their discretions shall think most convenient, provided that they associate themselves, and that the houses of their towns and villages be not too far distant and scattering one from another; and also that they make such fortifications for their defence against an enemy as may be needful. Given under my hand and seal at Fort James in new York ... the 8th day of April, ... 1665. Richard Nicolls 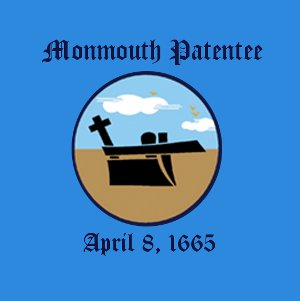 Leave a message for others who see this profile.
There are no comments yet.
Login to post a comment.
Lois (Hacker) Tilton
The identity of the John TIlton who was the patentee is incorrect. He was Tilton-161, not Tilton-204, his son.
posted Jul 02, 2021 by Lois (Hacker) Tilton

Jane Peppler
On this page, the names of the original patentees are given: http://www.njfounders.org/history/monmouth-patent-and-patentees

Also, on the first line below Salter, Monmouth is misspelled.

Ellen Smith
The spelling is corrected. If you would like to contribute content to this page, let Kari Lemons know what you have in mind. The page has been her baby. :-)
posted Jun 01, 2021 by Ellen Smith

I'd like to make this an official project of the United States History Project. I know it falls before the US was the US, but the project encompasses the time before official nationhood, as well. It looks like you've got a great sub-project going. I can give you a Project Coordinator badge. It also coordinates with your 1668 NJ Settlers, page, right? Let me know what you think.