[send private message]
This page has been accessed 131 times.

The Domain began as a small plot of land behind the Patumahoe hall. It was only after the Second World War that it was developed and extended. Apart from sporting facilities it was also to serve as a new community war memorial (supplementing the First World War Memorial Hall), and so the reserve was renamed in 1956 to Patumahoe War Memorial Domain. It now sits as part of the combined Patumahoe Recreation Reserve (which includes grounds elsewhere).

A further extension to the domain in 1958 allowed the development of war memorial gates to proceed at the domain’s new Patumahoe Road entrance. These had been completed by November 1958.

This Free-space page is intended to list the names on the Rolls of honour, preserve photos of them, and ensure the profiles of those listed are added to WikiTree.

The NZ History website has a summary of the history of the War Memorial Domain HERE.

The Second World War roll of honour is on two pink granite tablets set into the pillars. This lists 38 local men, five of whom were killed in action. On 5 December 2015 a plaque honouring Private Richard Harris, killed in Afghanistan on 19 August 2012, was also unveiled.

The names on the tablets are listed below: 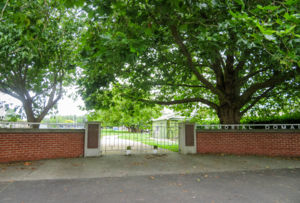 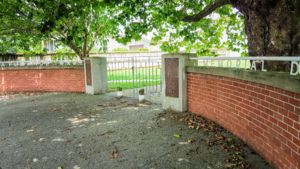 Roll of Honour - 2nd of the pink granite tablets 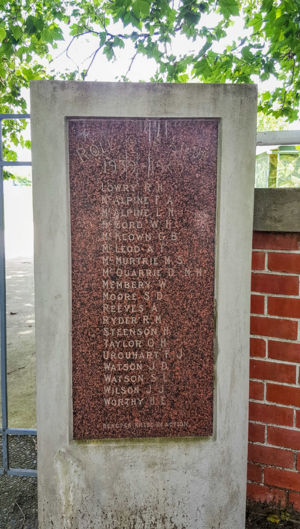 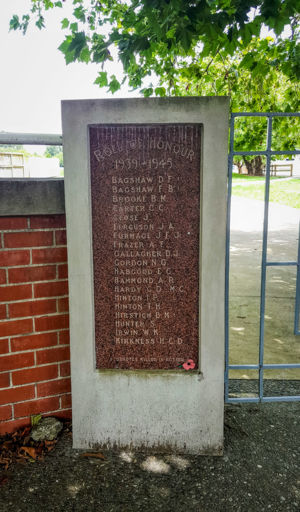 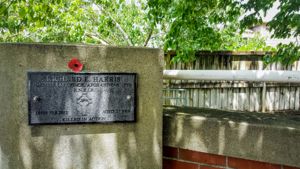