[send private message]
This page has been accessed 1,655 times.

This page is intended to be additional documentation for the Died Young sticker. For the WikiTree project that seeks to memorialize infants and children who died, see Remember the Children.

Why Do We Care?

In contrast to traditional genealogical publications that typically contain individual profiles only for people who had children, WikiTree seeks to have a separate profile for every individual person, including those who died in infancy or childhood.

People who create or maintain profiles for infants and children who died can feel especially sentimental about a child who died young. Even when the child died many years ago, they may wish to memorialize the child's short life with something other than a cursory presentation of birth and death dates. Additionally, when documenting a family, it can be valuable to prominently indicate that a specific child died young. This is particularly valuable when a later child in the same family was given the same name. Also, in the eras when families typically had another baby every 18 to 24 months, omitting a child because they died at birth may result in long gaps between births (or between a marriage and a first birth) that invite mistakes, such as connecting some other child to the wrong parents.

The "Died Young" sticker is intended to identify and memorialize a person who died in infancy or childhood. It was created to address both the sentimental and practical motivations for highlighting that a child died young. The sticker includes an image of a "flying baby" (originally stone cherub, from a memorial stone for a deceased child), and it names the child who died young. It does not place a profile into a category. See Template: Died Young for instructions on using this sticker on a profile.

WikiTree members have expressed varying opinions on the age at death that can be treated as "died young." There is no firm rule on the upper age for using the Died Young sticker. One general principle is that any child who died too young to marry can be labeled as "died young," but it is pointed out that genealogists sometimes encounter records of girls as young as about 12 or 13 who died in childbirth. Some WikiTree discussions of the upper age limit for "died young" can be found in the following G2G threads:

In addition to using the "Died Young" sticker, links found on the righthand side of the profile in Edit mode can be used to indicate "no children" and "no spouse." 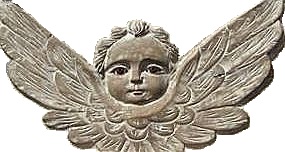 Billie (Bright) Keaffaber
I like to propose a Young Adult death Group for those who died between say 12-25. I have one here died I think she was unmarried. And those who died in child birth you could have a subcategory of young maternal deaths. Not sure if this help. Just a suggestion.

Mary C Potts Daughter of Thomas and Elizabeth Potts. Age 18y 5m 21d. Don’t look like she was married or had children.

I have a infant death here I think I found baptismal records for.and maybe birth record. Ancestry actually giving me this information and actul record. Unfortunately it in German and I can’t make out if it correct person. Could I get a hand to look up the Familysearch records and ancestry records to make sure this correct child. So it can be notated in profile. Please thank you for any assistance you could provide.

I like to join this project I have tons to add to this lots of babies young I wish I could see if it cause this heart gene we have in family. Love project.

Ellen Smith
The project Debi mentioned is at Space:Remember the Children.
posted Aug 17, 2020 by Ellen Smith

Debi (McGee) Hoag
Don't know if you have seen this starter project, but though it might be nice to link to it. https://www.wikitree.com/wiki/Space:Remember_the_Children
posted Aug 14, 2019 by Debi (McGee) Hoag