[send private message]
This page has been accessed 7,158 times.

The Pony Express was founded by William H. Russell, William B. Waddell, and Alexander Majors. Plans for the Pony Express were spurred by the threat of the Civil War and the need for faster communication with the West.

The Pony Express consisted of relays of men riding horses carrying saddlebags of mail across a 2000-mile trail. The service opened officially on April 3, 1860, when riders left simultaneously from St. Joseph, Missouri, and Sacramento, California. The first westbound trip was made in 9 days and 23 hours and the eastbound journey in 11 days and 12 hours. The pony riders covered 250 miles in a 24-hour day.

Eventually, the Pony Express had more than 100 stations, 80 riders, and between 400 and 500 horses. The express route was extremely hazardous, but only one mail delivery was ever lost. The service lasted only 19 months until October 24, 1861, when the completion of the Pacific Telegraph line ended the need for its existence. Although California relied upon news from the Pony Express during the early days of the Civil War, the horse line was never a financial success, leading its founders to bankruptcy. But the route taken by the Pony Express riders proved that the route could be traveled all winter and supported the future of the transcontinental railroad.

Pony Express Oath: “I,………..,do hereby swear, before the Great and Living God, that during my engagement, and while an employee of Russell, Majors and Waddell, I will, under no circumstances, use profane language, that I will drink no intoxicating liquors, that I will not quarrel or fight with any other employee of the firm, and that in every respect I will conduct myself honestly, be faithful to my duties, and so direct all my acts as to win the confidence of my employers, so help me God.”

List of Riders provided by the Pony Express National Museum. 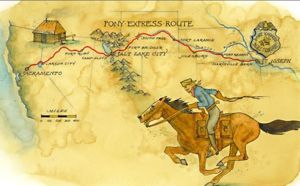 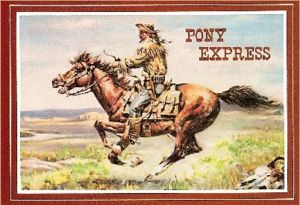 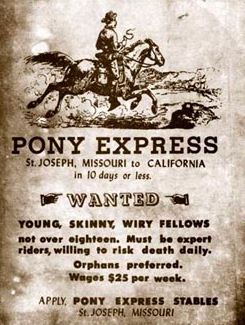 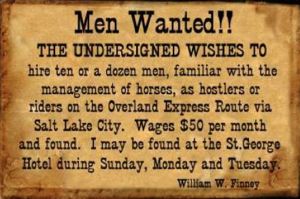 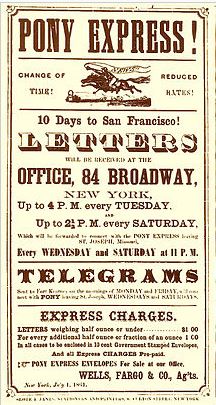