[send private message]
This page has been accessed 827 times.

The voyage from Pripkowo to Honey Creek for 33 early settlers

A single ship from Hamburg, Germany to New York in 1857 carried 33 residents of the tiny village of Pripkowo, in Posen (Poznan), Prussia to the New World. Most of them were headed to Honey Creek, Sauk County, Wisconsin, including my second great grandparents, Martin William Alwin and Anna Carolina (Raedel) Alwin.

I hadn't realized that so many of Honey Creek's earliest residents came from the same place. They knew each other, were intermarried and related to each other and a large group arrived at the same time to begin their new life.

The ship that carried them to America was called the Louis Napoleon [1]. It was a fully rigged wooden sailing ship with 3 masts weighing 710 tons built in England in 1854. So, it was only 3 years old when it carried the Honey Creek settlers to their new home. It was lost in a fire 7 years later, in 1864, so it had a short lifespan. The image is of a ship of the same type, but it is not the Louis Napoleon itself.

The passenger list [2] for the voyage is available online at Ancestry.com, and I was thrilled to find the names of my 2nd great grandparents, along with their 2 oldest children, Friedrich Alwin and Julius Alwin, on the this list over a year ago. It was one of my first significant finds when I started out on Ancestry. Martin was listed as a blacksmith by profession, from the town of Pripkowo.

Anna Caroline's maiden name was Rädel, which gets spelled a variety of different ways in English: Radel, Raedel, Roedel, Redel are a few. I noticed fairly quickly that right below the Alwin's on the passenger list were 6 passengers named Rädel, including Anna Caroline's father, Erdmann Raedel and mother Anna (Friedrich) Raedel, as well as Anna Caroline's brother Wilhelm, Wilhelm's wife Auguste (Jädeke) Rädel and their 2 oldest daughters.

Erdmann Rädel/Raedel was the patriarch of the family, and at 66 years old at the time of the voyage, seems to have been the oldest person in the entire group. It must have been quite a leap of faith to undertake such a trip at his age, but he survived the trip and lived another 14 years in Honey Creek.

There were other Raedel's in the Honey Creek area before the arrival of the group in 1857. I believe they were related, although so far I have not been able to work out how exactly. They were likely responsible for scouting out good farmland and would have sent word back to the Old Country once they had found a suitable location. It doesn't seem likely that such a large group of settlers could have found adjacent farms and established themselves so quickly without some advance planning.

This is where things remained for over a year, until recently I was trying to find the link to a DNA match of mine that lead to some Alvin's from Sauk County. Could they have been Alwin's? The spelling of last names changes over time, especially back in the day when not everyone was able to read and write. It seems that Gustave Otto Alvin, born in Honey Creek in 1863 was the son of William Alwin and Anna Rosine Ottila (Kroll) Alwin. The spelling of the name was changed to Alvin for Gustave Otto and his descendants. Not surprising since in German the letters "v" and "w" sound the opposite as they do in English. In looking into the origins of William Alwin, I found that he had been on the exact same ship as my great grandparents, the Louis Napoleon in 1857, but was travelling as a single man, so his listing was on a different page of the register from my ancestor Martin William Alwin. But there he was, listed as a blacksmith from Pripkowo - same profession, same village, same last name, same destination as my 2nd great grandfather.

Because of the DNA link between his descendant and myself, I know that William Alwin was closely related to Martin Alwin. But I don't think they were brothers, because William listed his father's name as Gottlieb Alwin at the time of his marriage in Honey Creek in 1862, while Martin's father was listed as Martin Alwin on his death certificate. But they could have been cousins, or uncle and nephew.

Then I happened to notice another single traveller from Pripkowo on the same page of the passenger list as William Alwin. His name was Carl Jädicke (or Jaedicke), the same last name as Wilhelm Rädel's wife Auguste. This seemed too much of a coincidence, which lead to the brilliant idea of looking through the entire list of passengers for everyone from Pripkowo. I was astonished to come up with 33 names.

Where was this town of Pripkowo? Maybe if it were a large city, it was just a coincidence that so many people from the same place were on the same boat together? That turned out not to be the case. According to the 1912 edition of Meyer's Gazetteer, a well-known German reference publication, the population of Pripkowo was 342. So the 33 people on the boat represented nearly 10% of the town's population.

The town known as Pripkowo was at the time part of the district of Poznan (Posen) in Prussia, which was part of the German empire. It is now known as Przybychowo, and it is in present-day Poland. This area changed hands countless times over the centuries, and was home to various ethnic groups who came and went, intermingled, and fought each other. The Old Prussian inhabitants were ethnically more closely related to other Baltic peoples including Lithuanians and Estonians. The Pomeranian people were more closely related to their Polish cousins. The Germans were trying to expand their empire eastward, and were always a minority in the area. They had tried to "Germanize" the local Polish population, some of whom converted from Catholicism to the Evangelical (Lutheran) religion and spoke German rather than Polish. The Germans were forcefully expelled after World War II and the area became part of Poland.

The Alwin family spoke German and were Lutherans. But in looking at all the marriages in Poznan province in the 1800's, available online through the Poznan Project [3], there were over 100 marriages where one partner or the other's name was Alwin. They are more or less equally divided between Catholic and Lutheran, and the partner's names are also divided between German-sounding and Polish-sounding names. So it seems likely that the Alwin family, and by extension, most of the arrivals to Honey Creek from Pripkowo, were German, but with a significant amount of Polish/Pomeranian roots through intermarriage.

The names of all 33 people on the ship who were listed as being from Pripkowo are below. There are some names that sound familiar to Honey Creek residents, such as Jaedicke, Hildebrandt, and Mueller. 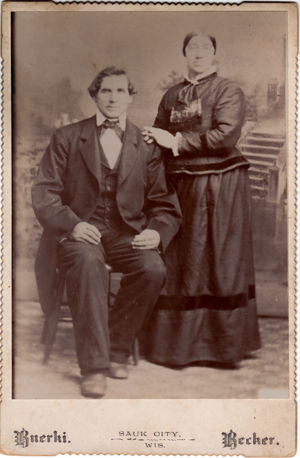 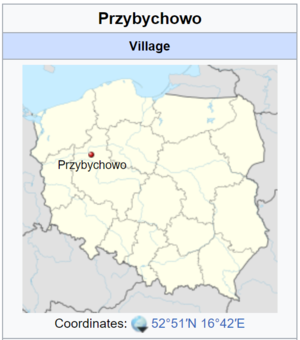 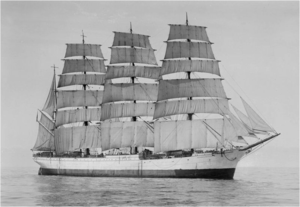 Steve Thomas
This is a marvelous page. Well done!

Many of my ancestors migrated from the Prussian province of Silesia to Australia. The first of my ancestors from Prussia migrated in a ship where the majority of passengers were from Posen. Then, they all tended to settle in the same area in South Australia.