Welcome to the Prussia Team Page

This team is managed by the Germany Project.

Prussia (German: Preußen) was a historically significant German state that originated in 1525.

You must be a member of the Germany Project to join.

Add your name to the list of team members.

Make sure you ask to be on the trusted list of this page.

The Prussia team is intended for anyone who is interested in Prussian genealogy, history and WikiTree.

The word Prussia (German: Preussen or Preußen; Polish: Prusy) for wikitree purposes and the purposes of this team, is referring to the Prussia in European history, which came under German rule.

Prussia came under German and Polish rule in the middle ages. The Kingdom of Prussia ruled from 1701 by the German royal dynasty House of Hohenzollern. However Prussia was at different times throughout history a duchy, kingdom, region. These classifications and divisions can be confusing and distracting. Therefore this Prussia team is important to help create some clarity.

It is therefore the mission of this team, to create pages to help understand Prussian history. To create profiles for people who were born, married and or died in Prussia. Finally, work towards a unified set of guidelines for the Prussia team, Germany project, and whole wikitree community to follow and refer to when adding and editing Prussian profiles.

You can add the Prussia sticker to relevant profiles.

The Kingdom of Prussia included the following provinces:

Ideally, I would like to see pages for these provinces eventually created by team members who are interested in specific areas. Similar to the Germany regions teams. Haese-11 22:08, 11 February 2021 (UTC)

This is an active Germany Project page with up-to-date information.
Reviewed: Haese-1111 Feb 2021
Last updated by Kylie Haese: 15 May 2021 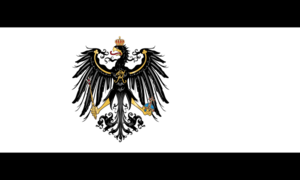 Liz (Noland) Shifflett
off-the-wall question. Wikipedia says Prussia existed until 1947, which would mean that an active WikiTree member could have been born in Prussia, but I don't see any dates that late on this page (except about records, but Germany is listed also).

From Wikipedia's article on Prussia: "It was de facto dissolved by an emergency decree transferring powers of the Prussian government to German Chancellor Franz von Papen in 1932 and de jure by an Allied decree in 1947." ~ https://en.wikipedia.org/wiki/Prussia

I'm asking because I added then removed (then added again... dithering a bit) {{Prussia Sticker} from a list I'm compiling that WikiTree members could use on their profiles. Could they?

Steve Thomas
Certainly not an off the wall question.

If an active Wikitree member thinks of themselves as being born in Prussia before 1947, then that sounds fair to me.

I don't know if anyone else in the Prussia Team of the Germany Project has a different view.

Lilly Martin
Hello, I am researching Anton Boleslaw Zaremba born April 1815 in Prussia. He was ethnically POLISH, and the Zaremba name is Polish. But in census records in USA he always calls his birthplace Prussia. At a young age he joined the Prussian Army and rose to the rank of Captain. Then He left to join the French Army where he rose to the rank of Major. He was stationed in Algeria. He had some political dispute with the French Army, or his superiors, and was deported to USA in about 1852. I know all of his life in USA, but I am interested in finding more about his early life in Prussia. His parents married in the Catholic parish Sulmierzyce [Sulmirschütz]. I assume he was born and raised there. Maybe someone has some ideas for further research? Zaremba-65 Best regards, Lilly Martin
posted Jun 25, 2021 by Lilly Martin

Traci Thiessen
Hi Lilly, This was answered in our project's Google Group by Dieter Lewerenz (thank you DIeter!):

There are two possibiliies to find him. The first is tosearch the polish archives online, but without knowledge of the polish language it will be hard. The other is: I found a remark that the church books from that town are copied by the LDS and the have films of them from 1695-1946. But I don't know how to get access there.

Pomerania needs a lot of work done to it, probably Posen too. If anyone has an interest in either of those areas, be sure to request to be on the trusted list of the page.

Remember lets all work together and chat on here, using this comment function. How can the Prussia team help you work more on wikitree?

Steve Thomas
Thanks Kylie. I've been added to the Posen page. I know a number of families from Posen settled around Tanunda in South Australia around 1850.

There's a very interesting page, https://www.wikitree.com/wiki/Space:Pripkowo_to_Honey_Creek_in_1857, inside the Posen page. It tells the story of many families travelling together on one ship to Wisconsin. The story is very similar to ones I know of German emigrants to Australia.

Steven Greenwood
I had already linked to the Pripkowo page from the Posen page. Some of my people are effectively from that location.
posted May 27, 2021 by Steven Greenwood

Steve Thomas
Yes, I know that you linked Pripkowo page from the Posen page.

My aim was make more people aware of these good pages.

Steve Thomas
I wouldn't say 'Should be'. I don't expect that this is going to become a major project needing a lot of volunteers to support it.

On the other hand I think David should know about it, and become a team member if he interested. My interest is to keep an eye out for family connections, the structural changes in Wikitree and answer any questions put to me.

Kylie Haese
You are all added now Veronica!
posted May 15, 2021 by Kylie Haese

Steven Greenwood
I am most focused on Posen (Poznan) right now, so I would like to create a space page for it.
posted May 11, 2021 by Steven Greenwood

Steve Thomas
Interesting comment. I don't see any limit for creating a space page for Posen if you want to. My ancestors from Schlesien sailed with emigrants from Posen and settled in South Australia.
posted May 12, 2021 by Steve Thomas

Steven Greenwood
And to clarify I mean the region not just the city particularly. The villages in this region are the origins of multiple lines I'm following.
posted May 13, 2021 by Steven Greenwood

Kylie Haese
I added a page for Pomerania, it needs a lot of work but you should see up above where I have added the link. Have you created the page yet or would you like me to do it for you?
posted May 15, 2021 by Kylie Haese

Kylie Haese
Hi guys! Welcome to the Prussia Team! Post comments and reply to comments to communicate with other team members. What information, pages etc should we work on within this team to make it easier for you? I am seeking your ideas right now :-)
posted May 11, 2021 by Kylie Haese
Veronica (Brietzke) Shortland
I am trying to find birth or any certificates for my following family.

These names have been handed down thruhistory, but I can’t find any documentation or even the town. I only speak English. Thank you to anyone who can help I would also like join the Prussia part of the Germany Project.

Have you put this question about Brietzke family onto G2G? I've looked but it is beyond me. Some of the Wikitree users are amazing.

Traci Thiessen
Hi Kylie, I added a new item under Resources (ManyRoads). Feel free to remove it if you don't think it's useful.
posted Feb 09, 2021 by Traci Thiessen