[send private message]
This page has been accessed 1,665 times.

The Surname and Family Origins

The following notes have been edited by Michael Thompson.

The surname of Ravenhill is either locational for "one from Ravenhill" in Yorkshire; or a patronym "son of Hrafnhildr", a Norse name (Old English hraefn, raven and hyll). There are several places of the name in the vicinity of Whitby in North Riding, Yorkshire, so named for having been the site of the Danish standard, or Raefen, during the invasion of Inguar and Ubba in the 9th Century. An early historical example is Willelmus filius Ravenhilde, 1297, Subsidy Rolls.

The Rev. Henry Barber in 'British Family Names' British Family Names says the name is from Ravench, a local Norman name. W.H. Dryman in 'Worcester Place Names' says "Ravenhill Wood in Alfrick - Ravenshill in Tibberton, Raefneshyl (816), Raefneshylle (11th Century), Ravenshulle (1332)". C.J. Robinson in 'Mansions of Hereford' says "The Ravenhill family had a connection with Woolthope extending over five or six centuries but the name does not occur in the early Heraldic Visitation. Among the Phillipps M.S. is a copy of a deed of gift from Edmundde de Ravenhille A.D. 1199. Richard de Ravenhill owned Ravenshull north of Tibberton in 1305". [Tibberton is about 3 miles north east of Worcester.]

P.H. Reaney in 'A Dictionary of British Surnames' considered Ravenhall, Ravenhill and Revnell together and identified two major groups:

The family ancestry before the 18th Century is therefore somewhat sketchy. It is likely that there are at least two major Ravenhill families, as is implied by P.H. Reaney, the one in the Hereford and Worcester area dating back to 12th Century or earlier (e.g. Edmundde de Ravenhille A.D. 1199), the other in the Yorkshire area which could be connected and which perhaps did not leave Yorkshire until long after, preferring to stay close to its 9th Century roots. It is of interest to note that there are few if any Ravenhills in the Whitby area today (1990) and none are mentioned in the telephone directory.

The present family tree of the Hereford and Worcester Ravenhills starts with the father of John Ravenhill who married Jane Prescott in 1794, although there is limited information on John's father who appears also to have been called John.

Coats of arms originated as motifs borne on the shields of knights in armour in order that they could be identified on the battlefield. These 'armorials' were formalised and recorded by heralds from the 13th Century onwards with crests and mottoes later supplementing the arms. The language of heraldry is of great antiquity and it is from such ancient blazons that a decorative representation may be portrayed.

The Ravenhill arms are recorded in Burke's General Armoury.

Other arms recorded are as follows:-

Arms - Three Mounts Vert, on each a Raven, sable.
Crest - A raven, sable.

"Ravenhill of the Hasch and Wessington Woolhope - Erin (or Arg) three ravens p.p.r. standing upon as many mounts vert. The crest usually ascribed to the family is a 'demi lion rampant arg. supporting a cross fitchée, sa.', but John Ravenhill of Woolhope, gentleman bore a raven sa. according to his monument in the parish church of the date 1736."

John Ravenhill who married Sophia Ripley, 14th October 1820 impaled the Ripley arms with his own. Per chevron dovetailed or and vert, three lions ramp. counterchanged. 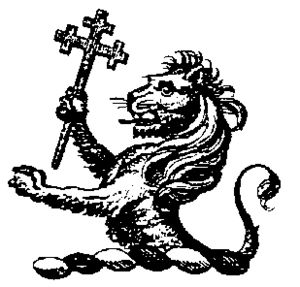