[send private message]
This page has been accessed 2,223 times.

House of Names has some interesting information, and indicates the name Shotwell originates from the English areas of Essex, Leicestershire, and Wiltshire; the meaning in Old English is "cold stream" or "cold spring." [1]

This is a One Name Study to collect together in one place everything about the Shotwell Family Descent, starting from Abraham Shotwell, whose origins are a mystery. It is not known where he came from, but arrived in New Jersey from England in the late 1600s. This is a continuous work in progress.

Are you our cousin? If so, let us know in the comment box!!

"Abraham Shotwell, founder of the family in America, was in Elizabeth Town, New Jersey, as early as 1665, and in NY as late as 1679. He was probably one of the many Englishmen who fled from the mother county after the restoration of Charles II. He was certainly an active defender of the cause of the settlers in opposition to the collection of burdensome quit-rents exacted by the Governor, Captain Philip Carteret, on behalf of the non-resident lords proprietors, in consequence of which he was forced into exile and his New Jersey real estate was confiscated, being sold at auction 25 April 1675, and a few days later was in possession of the Governor. On 29 September 1677, he received patent of a grant of 38 1/4 acres of land in the southeast side of Manhattan Island, including a water mill on Sawmill Creek, which property, on 6 November 1679 he conveyed "with consent of his son John" to John Robinson. He probably died soon afterward. the name of his wife and the names of his children other than John, and probably Daniel, have not been certainly ascertained. Daniel was the progenitor of the Richmond branch of the Shotwell family."

"The ancestor of the Shotwells is believed to be Abraham Shotwell, one of the early settlers in Elizabethtown, but who, in consequence of too freely expressing his opinion of the ruling powers, was banished and the land at Elizabeth confiscated. But in 1683, after his death, the property was restored to his son John, who married Elizabeth Burton in New York in 1679 and under the name of John Shotwell, Sr. We find his death recorded at 1718 but it should have been 1719." [2] [3]

This section is for other WikiTree members who have submitted their information to our study, but it needs more information to connect directly to the study: 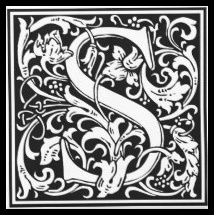 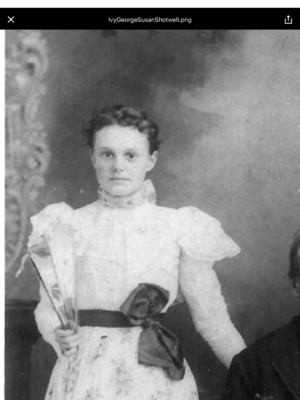 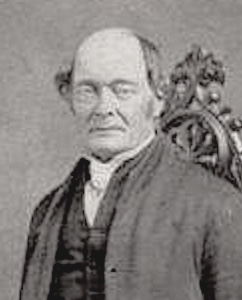 Summer (Binkley) Orman
Marty and Kenneth, You may notice me going through and making corrections to categories. I was contacted by the categorization leader and instructed how to properly do the categories. So, I'm going through and doing them myself. You guys don't have to do it, I will take care of all of it myself...since I created the mess, I'll clean it up!  :D
posted Jul 30, 2016 by Summer (Binkley) Orman

Summer (Binkley) Orman
You can add her now Marty if you need to. You don't have to wait for the other to be fixed, just make notes in the bio. If you need to make any important notes in profiles you can always change the text color or using a text box. Look at the very bottom of this page under a new heading "tips and tricks" and i'll show you how....it won't work in a comment.
posted Jul 28, 2016 by Summer (Binkley) Orman

Marty Ormond
My glance at the array of shotwell profiles makes me think that there isn't one for the #2 Elizabeth who is daughter of Abraham.

So when Shotwell-20 is repaired with new parents then new Elizabeth can be added to Abraham Shotwell.

Marty Ormond
if you look at Shotwell-20 you will see that I have identified the individual who is listed below on this page as #1 Profiles to add.

I contacted the managers of profile and gave them encouragement to take off the incorrect parents and place her with correct parents. Feel free to add your own recommendation.

william's family moved to Thorold. Pelham Co just 15 miles or so on the Canadian side of Niagara NY. They must have been established befor the War of 1812 broke out, when the british & canadians waged some significant battles thru that area particularly Lakes Erie, Ontario, and the borders of US and Canada. These were Quaker families but the King's troops again were very active with the Indians. Smith Shotwell stayed in this Canadian township based on shotwell book. Smith & wife Mary had 10 children, several of whom moved to Kansas.

Summer (Binkley) Orman
I just found this, it popped up in my ancestry hints. New person!!!!!

Summer (Binkley) Orman
Hey Kenneth, I just noticed that you and I both derive from the 7th generation of Shotwells, and both from Shotwell daughters. Ha!!
posted May 20, 2016 by Summer (Binkley) Orman
Kenneth Kinman
I added my line to the Shotwell family lineage. I was also going to add the other children of John Shotwell III (Generation 4), but first I am wondering if it would be best to list those children in chronological order. Or does it matter?
posted May 11, 2016 by Kenneth Kinman

Thanks cousin! Unfortunately I have so much else going on right now that I haven't had time to continue. I'll get to it one day!!!  :D